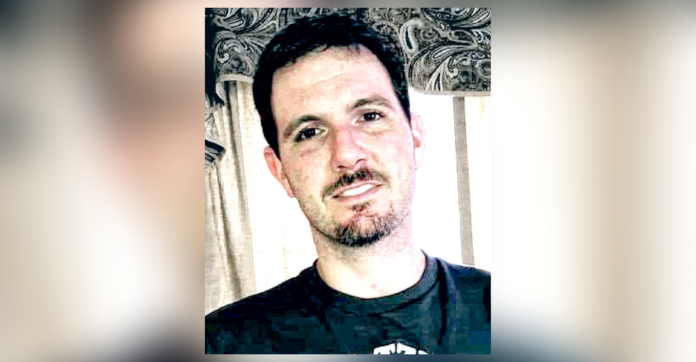 CULLMAN, Ala. – It was Saturday morning June 29 when Chris Torrisi told his mother Nancy Thomas that he would be back in 30 minutes before he left their home in the Walter community to pick up a friend.

Once he did not return, she set out to look for her only son. Shortly after departing their home she came upon the scene of police cars at the intersection of Alabama Highway 157 and Alabama Highway 69. Within minutes Thomas would learn her son had been airlifted to UAB Hospital with life-threatening injuries.

He said, “She didn’t hear from him. No cell phone. No nothing. She thought maybe he had a flat tire or something. She knew where he was going so she got in her car. As she got closer and closer, she realized it was her son’s car. It’s a terrible way to find out. Life support had already come. They had to cut him from the car. A friend came and got her and took her to Birmingham.”

Wallace was unaware of the accident until later Saturday evening.

He explained, “The first prognosis was we know for sure he has a broken neck. The C-1 and C-2 are definitely broken and they weren’t sure about internal injuries or things like that but the brain injury was the worst and possibly fatal. Later, we learned there was no internal bleeding, which was a good sign, but his brain activity is like the lowest it can be. They haven’t made a determination yet but they have told her (Thomas) to prepare for the worst.”

Wallace said the family has been amazed at the outpouring of love, support and prayers from Torrisi’s many friends and others who heard of the tragedy and have wanted to help. Torrisi worked full-time at Logan’s Roadhouse in Cullman and his coworkers have been doing everything they can to help their friend and his mom, Nancy.

Wallace said, “A lot of the employees have been coming to see him and bringing her food and things. They are animal lovers and they have dogs and cats. They do animal rescue. So, Chris was popular in the community there and Nancy has lived there for the past 20-30 years. We’ve had so many friends and family. You would not believe the amount of prayers we’ve had. We’ve got prayer chains set up around the world. It’s just thousands and thousands. It just grew exponentially. So, we have hope. You always want to have hope.”

This isn’t the first tragic accident Thomas has endured.

Her mother was killed in a car accident as Wallace explained, “My sister had three children. They moved in with us and I’m only two years older than Nancy so we’re like brother and sister. They were raised in the house with me. When Nancy had Chris, Nancy was working so my mom kept him. We are all close. My sister Linda was only 33 when she was killed.”

Things have not been easy for the mother and son. Wallace explained that Thomas is on disability and Torrisi worked full-time to take care of his mother. They also did everything they could to help rescue homeless animals. Efforts are underway to help out the family with medical expenses and other needs as Torrisi’s co-workers have started a GoFundMe campaign to raise money while area churches have joined together to help.

Wallace said of the efforts, “What an outpouring. The employees at Logan’s, I met them as they came in. They were just outstanding young people. People of character that showed a lot of love for Chris. You could tell they think highly of Chris or they wouldn’t be here for him. They brought so much food Sunday night that Nancy fed the whole nursing staff.”

He continued, “Chris would always bring Nancy supper home from Logan’s every night. He worked seven days a week. They got by but on top of all that they took care of all these animals. That’s just the way both of them are. They have hearts as big as the moon.

“Many of the animals they care for are injured and have special needs. They foster the animals until they can be adopted and transported north to Pennsylvania. Help will be needed to care for the animals,” he concluded.

Both had worked at Bluff Park Animal Clinic in Hoover and Dr. Erwin had been by to visit the family. Torrisi is a graduate of Hoover High School and has been visited by many former classmates.

Neither Thomas or Torrisi have medical insurance and the car he was driving, a recent gift from family, was the only reliable vehicle they owned. Wallace explained that regardless of the outcome, they will need help.

“Doctors have told the family that if Chris survives, he will most likely need around the clock care due to the severity of the brain stem injury. If he does not survive, Chris does not have life or burial insurance,” he said.

Wallace also stated that one of Chris’s pet peeves, “Are cellphones in cars. He insisted that they not be used while in his car so the family seriously doubts he was distracted.”

The cause of the accident is still under investigation by the Cullman Police Department and both vehicles involved have been impounded. The Torrisi family said they were unaware of any other injuries.

The family did confirm the validity of the GoFundMe created by the Logan’s staff. Close family friend Amy Strong is also helping to coordinate offers from those in the community who would like to help. The family will remain focused on Chris as long as he remains at UAB Hospital.

If you would like to help Nancy and Chris, email Amy Strong at strongamy@ymail.com

The GoFundMe link is https://www.gofundme.com/f/qfystg-praying-for-chris