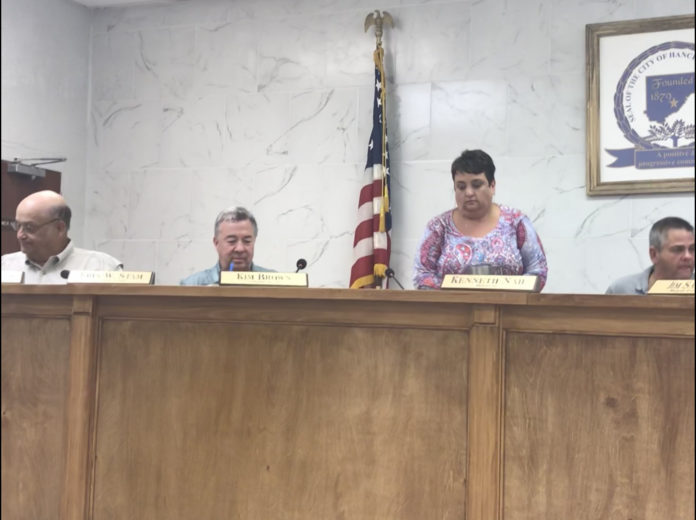 HANCEVILLE, Ala. – The Hanceville City Council selected an architect for the proposed senior center at Thursday’s meeting. The council hopes to be awarded a Community Development Block Grant to help fund the new building that will be located at C.W. Day Park.

The council chose Tim Burney Architects for the project over Goodwyn, Mills and Cawood, Inc. In the work session meeting preceding the regular meeting, the council weighed the decision between the two qualified firms. “I’ve seen some of the stuff that he’s (Tim Burney) done and I like his architecture,” council member John Stam said. Tim Burney Architects is local and the council voted unanimously in its selection.

The council also voted to waive the fees for the upcoming Community Wide Yard Sale scheduled in Hanceville July 11-13. The City hopes more people will participate with the fees waived. The City will also allow participants to use select City property for residents to use for booths. Vendors will need to contact City Hall to inquire about locations and availability.

Council member Charles Wilson gave an update on the planned water outage Thursday afternoon in northwest Hanceville. He informed the council, “We cut it off right on schedule and got it back on around 4:30 this afternoon. We had a fire hydrant that someone broke the stem in that was leaking. We’ve got a brand-new hydrant in there now with three different cut-off valves. If something goes wrong out there now, we can isolate without cutting off the funeral home, the assisted living. Basically, the whole hill out there.” He thanked those who worked to replace the hydrant for doing a great job.

The City of Hanceville was approved by the ABC board to sell alcohol at the upcoming concert in the park. The Hanceville Music Fest will be July 20 at Veterans Park starting at 5 p.m. The featured band will be the Natchez Trace Band.

Following all the discussion items, Mayor Nail asked the council to meet in an executive session to discuss the remaining agenda item listed as “land acquisition.” The mayor, council members, city attorney and city clerk met for well over an hour before ending the session. They adjourned and did not discuss the matter further.