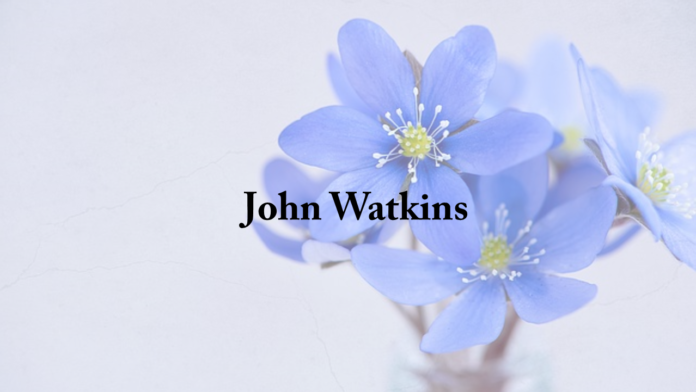 John Herbert Watkins, 87, of Logan passed away June 23, 2019 at his home surrounded by his family.

John was born Oct. 29, 1931 in Jefferson County. After graduating from McAdory High School he joined the Air Force.  John went on to retire from U.S. Steel.  He was a member of Addison First Baptist Church.

Graveside services will be held Wednesday, June 26, 2019 at 11 a.m. at Hillcrest Cemetery in Addison. Brother Samuel Tucker will officiate.

He is survived by his daughter, Johnna Kay Watkins; and he was Paw Paw to his grandson, Gregory Paul Ross; and great grandchildren, Adeline Pearl Ross and Harvey William Ross.