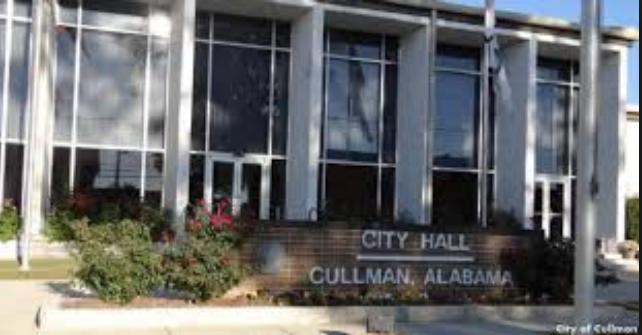 CULLMAN, Ala. – “We have a big announcement with our competitive cheer teams winning the national championship for the league they compete in,” Cullman Parks, Recreation and Sports Tourism Executive Director Nathan Anderson told the mayor and city council members at their meeting Tuesday night. He continued, “We actually have two teams. They are called Warhead and Starburst Teams and they competed nationally and went up against the top teams in the country and won two different divisions. Nobody in our area has ever won a national competition like that to my knowledge.”

Read the full story on the national competition here: www.cullmantribune.com/2019/05/24/cullman-gymnastics-cheer-academys-warheads-and-starbursts-finish-first-at-u-s-finals.

Mayor Woody Jacobs and the council will recognize the ladies at a future meeting.

–Reyford Parker of Outlaw DJ Services was given approval to hold a fundraiser for double lung transplant patient Savannah Wallace. The event will take place in front of WKUL June 29 from 4-10 p.m.

— Louise Cole of the Cullman County Bosom Buddies Foundation was given approval for a charity motorcycle ride June 15 from 7 a.m.-noon. The ride will begin at Cullman Regional.

In other business, the council passed:

–Resolution No. 2019-61 to amend the position control policy and detail. This adds a temporary position for an engineer at Cullman Fire Rescue and a program director at Cullman Parks, Recreation and Sports Tourism.