“MULE-HEADED is mighty fine flattery,” was a lesson I learned in Marion County from a local-but-famous folk art potter, Jerry Brown. Jerry, who passed away in 2016, was a ninth-generation potter and still used a mule to mix clay in his pug mill. Jerry’s mule was named “Blue,” and if a country singer wannabe is not already performing “A Mule Named Blue” to the tune of Johnny Cash’s “A Boy Named Sue,” please hitch up some lyrics and plow on. According to Jerry, when ole Blue or any mule appeared to be stubborn they were just thinking and being prudent.

I was in Marion County to buy a wagonload of handmade pitchers Jerry and his wife, Sandra, and their family made. This was for a major Southern folk art show the company I worked for was sponsoring at the Birmingham Museum of Art. For the opening reception, the event design team filled the beautifully crafted pots with Alabama wildflowers to create one of my favorite garden parties ever.

Jerry Brown had learned pottery-making from his dad, who everybody called “Jug Brown.” Mr. Jug was a demanding craftsman and a man of few words. Jerry told me his job as a child was rolling balls of Alabama clay for his dad to form into cups and dishes and, yes, jugs. His dad wouldn’t say anything, but if a clay ball Jerry made disappointed Jug, his dad would pop him on the side of his head with it to redo. This was a stellar example of Marion County home-schooling. Here, you’re taught, “Be the job, large or small; do it well, or not at all.”

Jerry Brown was the 2003 recipient of the Alabama Folk Heritage Award. He was also awarded a National Heritage Fellowship and five pieces of his pottery, handmade with mule-ground clay in Marion County, are in the permanent collection of the Smithsonian Institute. Every March, The Jerry Brown Arts Festival is enjoyed by hundreds in Hamilton, the county seat.

In Alabama, when the conversation is PLANTS + PEOPLE coming together over the last 200 years since statehood, you can’t talk for long without somebody bringing up mule-powered farming.

Christopher Columbus introduced mules to the New World in 1495, bringing four jack donkeys and two jenny donkeys. These animals produced mules for the Spanish Conquistadores’ explorations. Hernando de Soto brought mules to Alabama in the 1540s. And, it was our first U.S. president, gentleman farmer George Washington, who started the first mule breeding farm in our country. This was in 1785 when the king of Spain saluted the new country’s leader with a prized jack donkey named “Royal Gift.”

By 1808, the U.S. had an estimated 855,000 working mules valued at $66 million. Mules became popular in the Southern agricultural states because they can work harder, with less food, in more intense temperatures and have fewer health problems than horses. An Alabama farmer with two mules could easily plow 16 acres a day. Besides plowing, mules were also important for harvesting crops and hauling that harvest to market.

Pound for pound, mules were more valuable to Alabama farmers than horses. A draft mule can tip the scales at 1,800 pounds, glide a plow through clay-packed, Marion County soil and pull logs from the dense forests.

Mules have a long, treasured history. In the Bible times only nobility, King David among them, rode mules. Most of the mules in this part of Alabama came from breeding farms in Tennessee and Kentucky. Farmers met the mule breeders on the mule routes and bought a few mules at a time. Most Alabamians didn’t breed mules, they bought finished, working mules from the suppliers. In the springtime, Marion County farmers might go into town to buy a mule like their ancestors buy a new tractor these days.

A shortage of mules is considered a reason the American South was defeated in the Civil War. Mules still matter. In more recent times, a team of mules was used to pull a jet engine to the top of Pikes Peak for the test that launched the U.S. space program.

Now, let’s give those mules a rest and let them cool off on a shady creek bank in Marion County. Look around you at the verdant blanket of watercress (Nasturtium officinale) thriving in the damp soil along the stream. Here, watercress stems can grow 2 feet high. This northwest part of Alabama is ideal for growing watercress. At one point, north Alabama grew and sold millions of bunches of watercress annually.

WAKE UP, POPEYE! Nutrient-rich watercress has more iron than spinach, more calcium than milk and more Vitamin C than orange juice. Some studies indicate watercress may inhibit the spread of tobacco-related cancers.

Watercress is most often used as a peppery ingredient to add flavor to sandwiches and salads or as a garnish. It’s also a superb addition to soups, sauces, breads and stuffing.

Taking this story to the barn, let me close by saying, mules in Marion County are both loved and feared. You’ll get a kick out of this quote from William Faulkner, who grew up across the Mississippi line in similar territory: “A mule will labor 10 years, willingly and patiently for you, for the privilege of kicking you once.”

Here are some other positive and pleasurable ways PLANTS + PEOPLE + PLOW MULES + POTTERY come together here in northwest Alabama including an easy, peppery, nutritious recipe for a MARION COUNTY WATERCRESS AND EGG SALAD SANDWICH:

*WHEN THE SNOW IS ON THE ROSES- Hackleburg’s Sonny James took this garden-lovers song to no. 1 in 1972; also, “Running Bear” in 1969 and “Young Love” in 1956; the Alabama Music Hall of Famer is the impetus for the Alabama Country Music Hall Of Fame being in Marion County.

*MARION COUNTY SUGGESTIONS FOR PHOTOGRAPHERS- This is a beautiful part of Alabama with rolling, green hills and views. According to Lisa Murphy, Marion County coordinator of the Alabama Cooperative Extension System, any landscape painter or photographer will want to see the Indian Mounds near Hamilton, the lost-in-time beauty of the Hamilton-Sullins House in Hamilton, and the serenity of Pikeville Cemetery.

*PLANTING AN IDEA- Watercress, nutritious and delicious, could become a money-maker for some growers in Marion County. It doesn’t have to be cultivated in the wild in a pure stream. Watercress can be grown in containers or in soil that is kept permanently wet. Every year, Alabama spends $65 million in taxpayer money for soft drinks and candy in the federally-funded “food stamp” program. Some of that money could be intelligently diverted to create better nutrition with Alabama-grown watercress. Some entrepreneur with access to a commercial kitchen should consider making and selling products like healthy watercress salad dressing and spreads.

Y’ALL COME to Marion County on your 67-County, Alabama Garden Party tour! We’re fixin’ to hitch up the mules and take a wagon into town to welcome you.

Many thanks to Lisa Murphy and the Marion County office of the Alabama Cooperative Extension System (ACES) for pointing me to some great PEOPLE + PLANTS. The folks at ACES are your “go-to” source for all things farm and garden-centric. Also, when I told my sister-in-law, Laurie Johnson, I was promoting the wonders of watercress in this story, she created, tested and refined this delicious recipe. My personal thanks to Laurie. 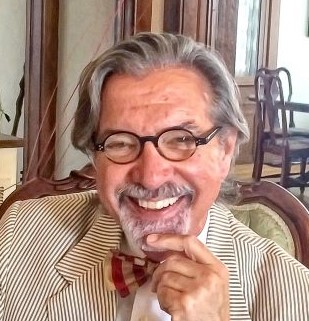 Once in a generation ‘Colony Day’ in the works

Once in a generation ‘Colony Day’ in the works