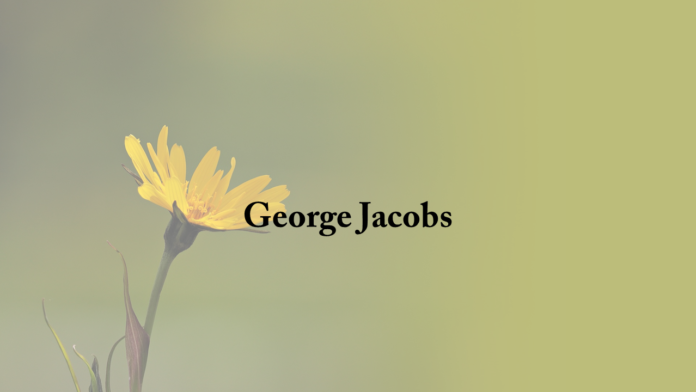 Funeral services for George Jacobs, 86, of Logan, will be at 2 p.m. on Saturday, April 27, 2019 at Emeus Baptist Church with Adam Stuckey and G.T. Robertson officiating; interment in Emeus Cemetery.

Mr. Jacobs passed away on Tuesday, April 23, 2019 at Cullman Regional. He was born Aug. 6, 1932 to Thomas Perry and Allie Beatrice Young Jacobs.