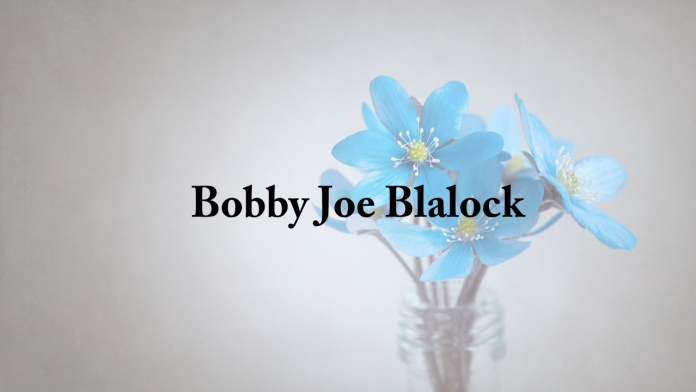 Services for Bobby Joe Blalock, 88, of Thomasville, Georgia, were at 11 a.m. on Friday, March 15, 2019, at First Presbyterian Church. Reverend Tim Filston officiated and interment was at Laurel Hill Cemetery.

Mr. Blalock passed away on March 12, 2019, at Archbold Hospital. He was born on Oct. 26, 1930, in Cullman, to the late Asa Blalock and Velma Robinson Blalock. He was one of six sons and four daughters.

On Aug. 11, 1950 in Cullman he married Jeanette Bright Blalock, who survives. He was a veteran of the United States Air Force and served during the Korean Conflict. Afterwards he returned to Alabama and joined the State of Alabama Emergency Management Agency as Deputy Director and soon was promoted to Director, all under Governor John Patterson’s term. In the early 60s he moved to Thomasville, as Mr. Blalock joined FEMA, where he served in many capacities during disasters and retired in 1993 as Regional Director. Throughout the years, Mr. Blalock was very involved in community activities as an active member of the Thomasville Exchange Club, with local sports, an avid fan of Thomasville High School Bulldogs, serving as president of the Thomasville Touchdown Club. He was a little league baseball coach fan as well. He served as an active member of the Thomasville Association of Retarded Children. Mr. Blalock was a longstanding member of the First Presbyterian Church of Thomasville serving as Sunday School teacher, deacon and elder. He was a passionate golfer and held the position of the MGA President at Glen Arven Country Club after retirement.

Footnote: He and his wife graduated from Cullman High School in 1950. Bobby Joe was captain of the 1949-1950 football team.