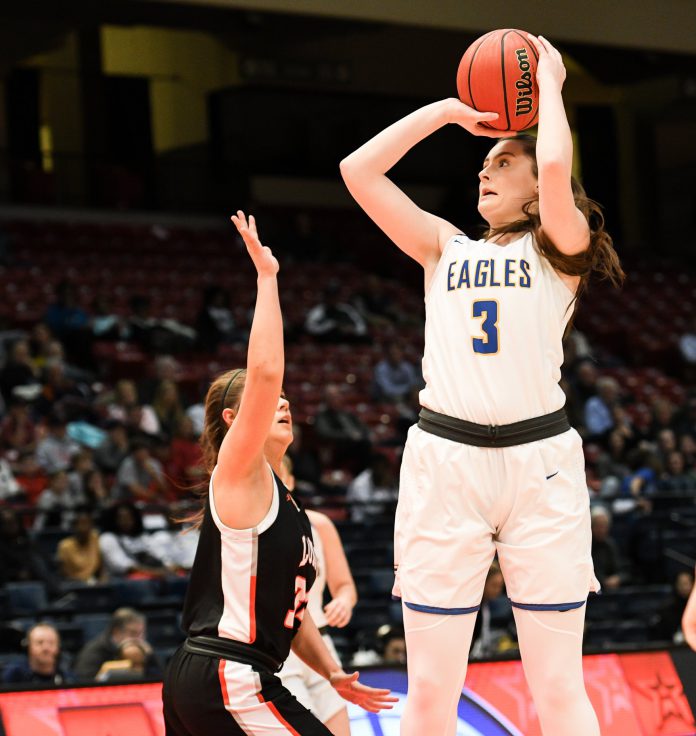 Elizabeth Hill (3) shoots over a defender during the Lady Eagles' 57-53 OT win over Fyffe in the 2A State Championship Game. (Martha Needham for The Cullman Tribune)

Hill battled through injuries early in the season but quickly found her rhythm when she returned and only improved as the year progressed, collecting All-County and Northwest Regional All-Tournament team honors on the Lady Eagles’ way to state. After helping Cold Springs capture this year’s state title, she not only earned a spot on the 2A State All-Tournament team but also earned MVP honors.

She finished her junior season with one of her best performances of the year, posting 30 points, 10 rebounds, five assists, four steals and four blocks in the Lady Eagles' 57-53 win over Fyffe in the Class 2A state championship game, where the team earned its first title since 2009. Hill was also selected to participate in this year’s North-South All-Star Basketball Game in July.

This year’s other Mr. and Miss Basketball winners: