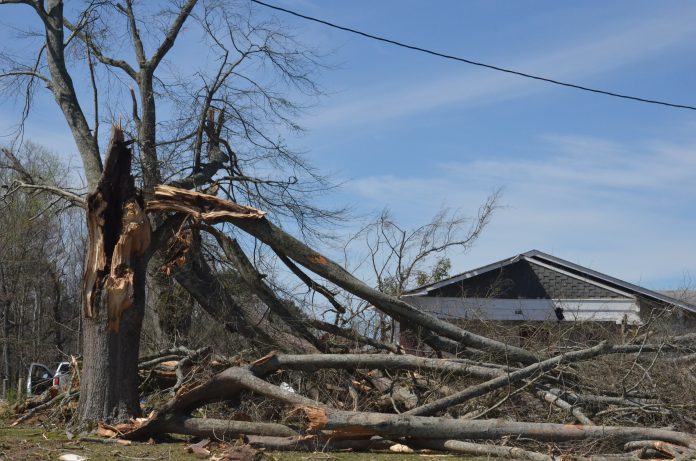 A mangled tree is seen in front of a damaged home on County Road 617 in White City  on Friday, March 15, 2019.  (Nick Griffin for The Cullman Tribune)

CULLMAN, Ala. – The National Weather Service (NWS) on Friday determined that it was an EF1 tornado with peak winds of 105 mph that touched down in Cullman County between White City and Holly Pond Thursday evening.

The NWS released the results of its storm survey on Friday. It said the tornado’s path was 11.01 miles long and 112 yards wide.

The first was to move White City's voting precinct to the Johnson's Crossing Volunteer Fire Department. The damaged White City Community Center had served as the area’s voting precinct. The change comes just days ahead of the March 19 school tax referendum.

Commissioner Garry Marchman explained, “Most of the storm damage was in the White City and Holly Pond areas, but the emergency is for storm damages countywide.”