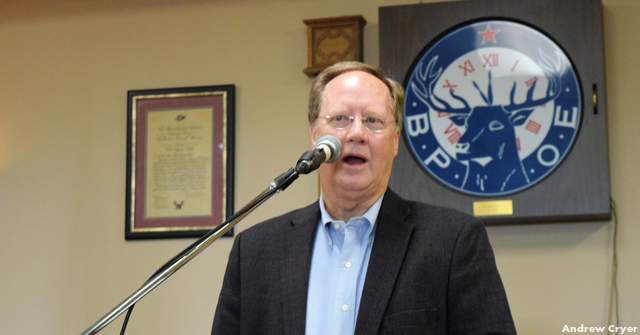 CULLMAN, Ala. –  Yesterday, the Alabama House of Representatives voted on the fiercely-debated Rebuild Alabama Infrastructure Plan, approving a 10-cent-per-gallon increase in the state gas tax. After five hours of debate, the House approved the bill Friday on an 83-20 vote. It now moves to the Alabama Senate.

Reaction to the vote was swift, many on The Tribune's social media pages voicing displeasure with Shedd's vote. Saturday morning, Shedd issued the following statement:

I am willing to risk the next election when I am convinced it's important for the next generation.

Alabama's economy is at risk if we don't fix our infrastructure. The automotive industry depends on a "just in time delivery" system for their manufacturing supplies.

If they can't move their supplies in they'll move their good-paying jobs out.

Shipping poultry and other agricultural products from my district to the worldwide economy is very important. This legislation expands that capacity.

This legislation not only brings more than $50 million the next ten years for county roads to the four counties I represent, it also puts me in a good position the next four years to successfully ask for state projects for my district that current and future generations need.

With increased fuel mileage and electric vehicles becoming the dominant choice of the future, funding for road and bridges is declining while construction costs are increasing. That is a formula for safety disaster as well as economic disaster.

Many of you are asking why I voted for it. These are the reasons.