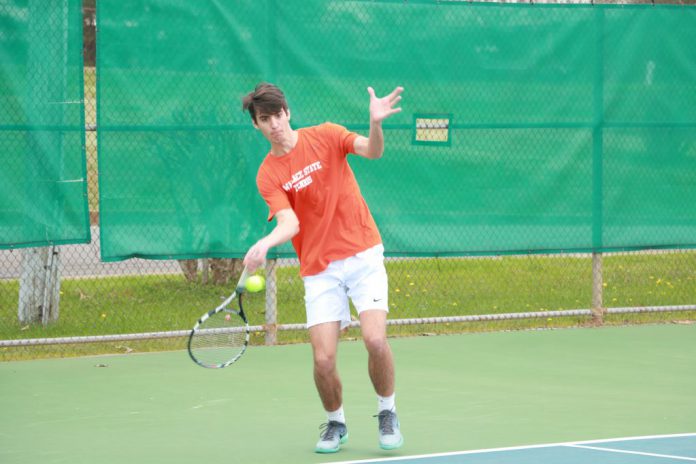 Both teams won 8-1 against the Tigers at home as the men remain undefeated after four matches.

Alysia Anderson added a two-run single for the Lions.

The Lions broke a 3-3 tie with a four-run fifth inning. Sophomore Meagan Schwieterman was the winning pitcher.

In the second game, Lauren Keplinger went the distance on the mound for the win. Sydney McKissick had a two-run triple and Kaley Anthony added a two-run double.

Against Itawamba, Wallace State dropped the first game, 5-2, in extra innings as the Indians put together a four-run eighth inning.

The Lions rebounded in the nightcap, winning 5-2. Sidney Edwards had a two-run homer in the win, and Keplinger was the winning pitcher.

Wallace State’s next doubleheader is at Columbia State on Tuesday.

Wallace State is back in action on March 12 at the Jeff State Tournament in Birmingham.