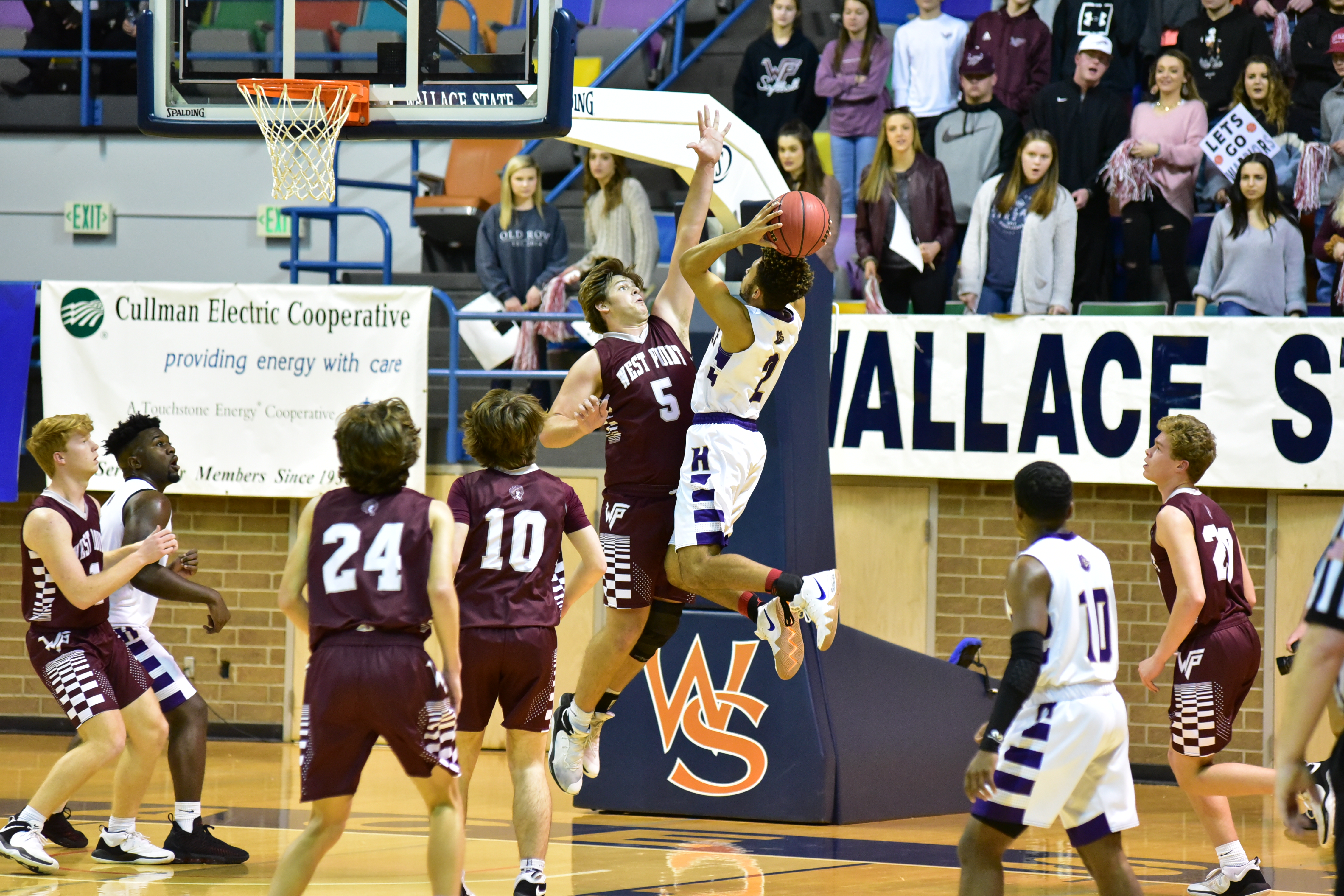 HANCEVILLE – In Friday’s night-cap from the Cullman County Basketball Tournament, (2) Hanceville battled with (3) West Point for the final available spot on championship Saturday.

The Warriors jumped out to an 8-2 lead early in the first quarter and a layup from Rylan Jones made it 10-2 midway through the period. Jones added another basket around the 2:00 mark of the first to put West Point in front 18-6 and the Warriors held a 20-9 lead by the start of the second.

The Bulldogs started the second quarter strong and trimmed the lead to 24-18 midway through the period. A three from Tyson Bellmon made it a 29-23 game late in the second but Will Cochran answered with a layup for West Point on the other end. Bellmon added another three with just over a minute remaining in the half to trim the lead to 33-28 and knocked down another with 30 seconds to make it a 36-31 game. Bellmon had one more shot in him in the first half and knocked down his fourth 3-pointer of the second quarter as the half expired to cut the Warriors' lead to 36-34 at the break.

Hanceville’s Raiden Morgan tied the game at 36 early in the third quarter and Fred Ellis put the Bulldogs ahead 38-36 with a layup on their next possession. A three from Romael Simmons tied the game back up at 43 with less than a minute to play in the third, but two free throws from Kolton Sapp put West Point in front 45-43. Romain Pochon and Zeke McDonald each nailed a 3-pointer with 30 seconds left in the quarter to give Hanceville a 49-45 lead going into the final period.

A three from Kobe Bowers trimmed the lead to 49-48 as soon as the fourth quarter began but Pochon answered with a basket on the other end to make it 51-48. A layup from Cochran put the Warriors up 54-53 midway through the period and a basket by Bowers on their next possession made it 56-53. Buckets from RJ Evans and Ellis put the Bulldogs back in front 57-56 but Sapp laid one in on a fast break to retake the lead for West Point with 2:00 to play. McDonald responded with a three on the other end and Hanceville went back up 60-58 with less than two minutes to play. A layup from Sapp tied the game at 60 on West Point’s next possession and neither team was able to score again the rest of the way, sending us to overtime.

Pochon started the overtime period with back-to-back 3-pointers to give the Bulldogs a 66-60 lead right out of the gate. A free throw from Jones cut the lead to 66-62 with less than two minutes to play, but two free throws from Pochon put Hanceville back up by six on its next possession. Bowers converted an and-one play to cut it to 68-65, and a steal and layup by Sapp made it a 68-67 game with less than 10 seconds to play. Bellmon was fouled on the other end and netted a pair of free throws to put the Bulldogs up 70-67 with six seconds to play. Bowers’ game-tying three bounced off the front of the rim and Hanceville held on to win it 70-67.