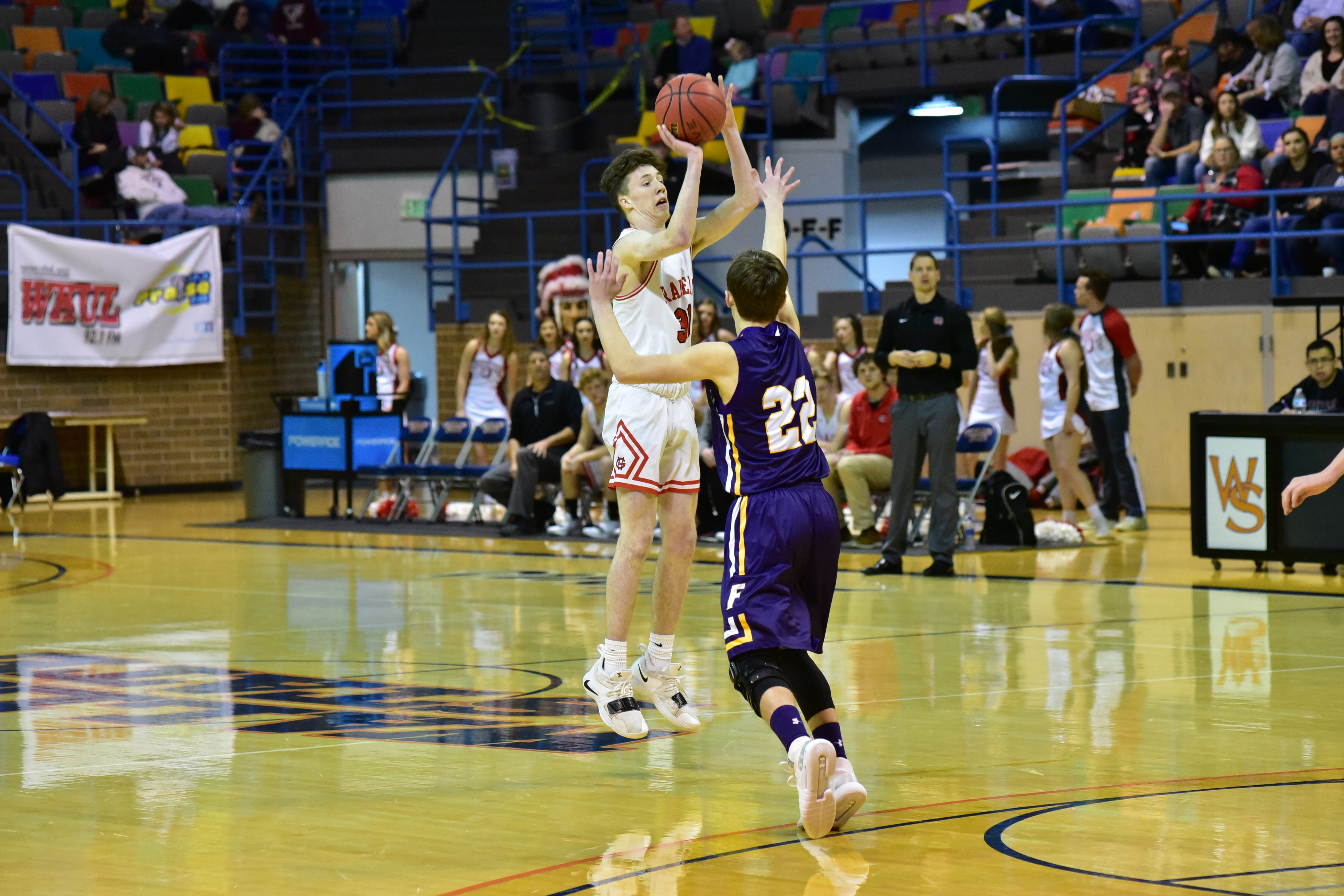 Good Hope's Noah Fendley (30) shoots over an Aggies defender during the Raiders' win over Fairview Friday night. (Bill Piper for The Cullman Tribune)

HANCEVILLE – For our first varsity boys’ matchup of Friday night, the top-seeded Good Hope Raiders squared off against the Fairview Aggies with a spot in Saturday’s championship game on the line.

It took both squads a while to get things going offensively, but the Raiders started to create some separation with a 9-0 run midway through the first quarter. A 3-pointer from Drew Maddox gave Good Hope a 15-6 lead later in the period and a couple of Aggie turnovers turned into back-to-back baskets from Cole Maddox, stretching the lead to 19-6. Fairview was able to get a few shots to fall late in the first, but the Raiders still held a 25-13 lead going into the second quarter.

Good Hope continued to pour it on in the second, going ahead 32-14 early in the frame. A layup from Noah Fendley made it a 37-19 game at the 2:00 mark of the second quarter and Cole Maddox converted an and-one play at the free-throw line in the final seconds of the period to give the Raiders a 44-22 lead at the half.

The Aggies were able to cut into the lead early in the second half, making it a 50-38 game on a basket from Austin Turner. Good Hope responded with a 12-0 run to end the third quarter, including a three and an and-one basket from Fendley. Tanner Malin knocked down a 3-pointer as time expired in the period to give the Raiders a commanding 62-38 lead at the start of the fourth. Cole Maddox laid one in to make it 70-40 midway through the final period and Good Hope pulled away to win it in convincing fashion, 70-51.

Cole Maddox and Fendley led the way for the Raiders offensively, finishing with 21 points each. Austin Jackson and Austin Turner each posted 11 points for the Aggies in the loss.

Good Hope will face the winner of tonight’s matchup between (2) Hanceville and (3) West Point in the varsity boys’ championship game Saturday night at 7:00.