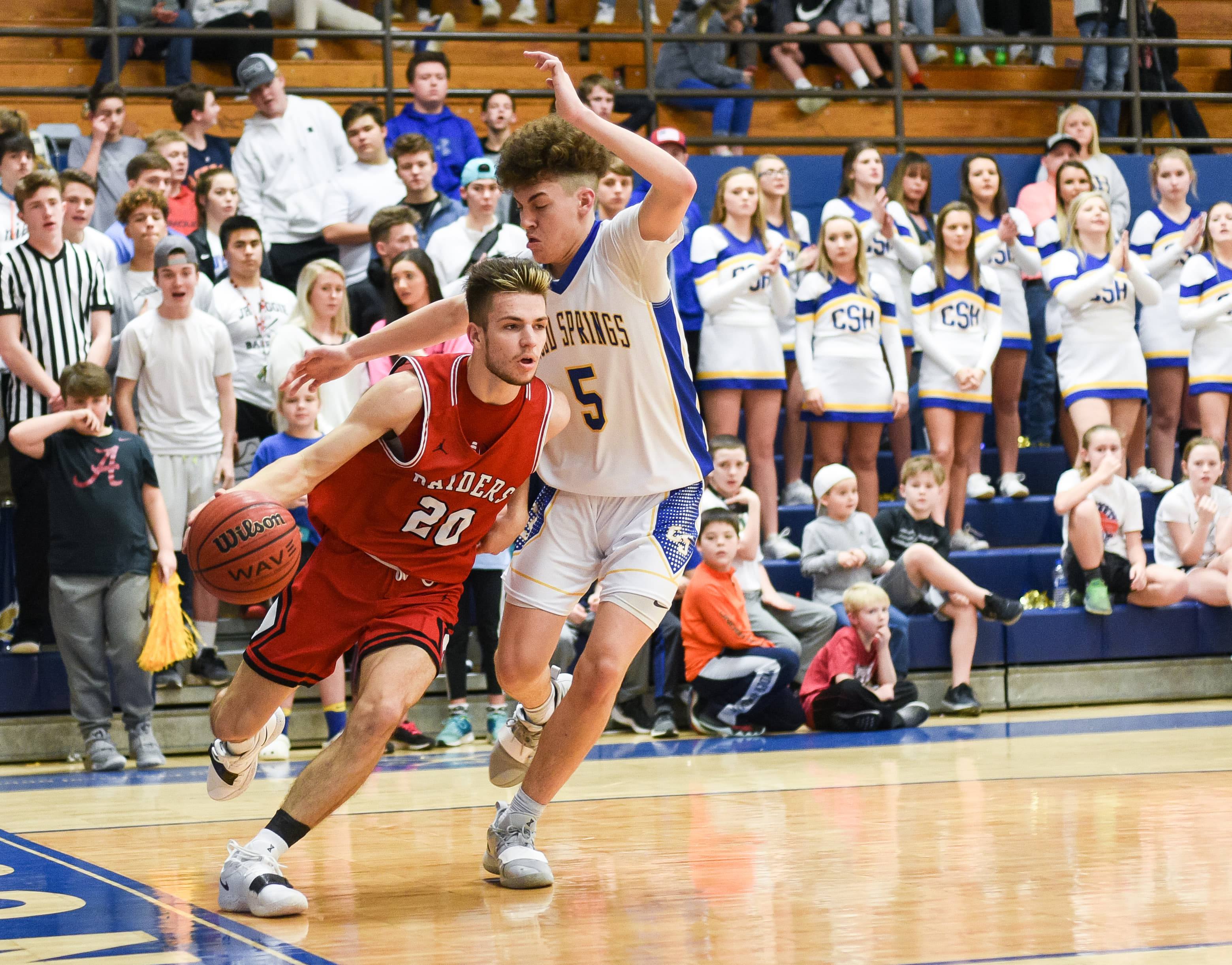 BREMEN – The Good Hope Raiders traveled to Cold Springs Thursday night and the home-standing Eagles split a pair of varsity matchups with the traveling Raiders. The Lady Eagles blew past the Lady Raiders 66-25 while Good Hope collected a 70-45 win in the boys’ game.

Cold Springs got off to another quick start offensively as Camryn Crider nailed five shots from long range. Lina Lieckfeld added five points and Toni West added four in the period, holding Good Hope to just one basket in the first quarter and holding a 24-3 after one. The Lady Raiders couldn't get anything going against a suffocating Lady Eagle defense as they were held to just a Savanna Derrick free throw in the second quarter and the score widened to 47-4 at the half. Cold Springs pulled away to take the game 66-25.

Mason Harris got the game started for Cold Springs with a three, but after that it was all Good Hope as they swarmed all over the Eagles and forced a plethora of turnovers. They went on a 19-2 run to take a double-digit lead at 19-5 and a Tanner Malin trey just before the buzzer made it a 25-7 advantage after the first quarter.

Cold Springs looked to cut into the Raider lead in the second period, but turnovers and bad shot selection kept them at arm’s length and Good Hope wound up taking a 37-19 lead into the locker room at the half. A layup by Logan Rice, later followed by an and-one basket from Adam Hill, helped Cold Springs cut the deficit to 13 at 37-24. After that, Noah Fendley took over in the third period, scoring 11 points as the Raiders took a 49-33 lead into the fourth quarter. Good Hope continued to pull away in the fourth and took the game 70-45.

Landyn Freeman finished with 11 points and four rebounds for Cold Springs. Brody Peppers added 10 points and three rebounds. Hill ended up with nine points, six rebounds, and two assists. The Eagles will go into the county tournament as the no. 6 seed and will take on the no. 3 seed, West Point, next Tuesday night at 7:30 p.m.