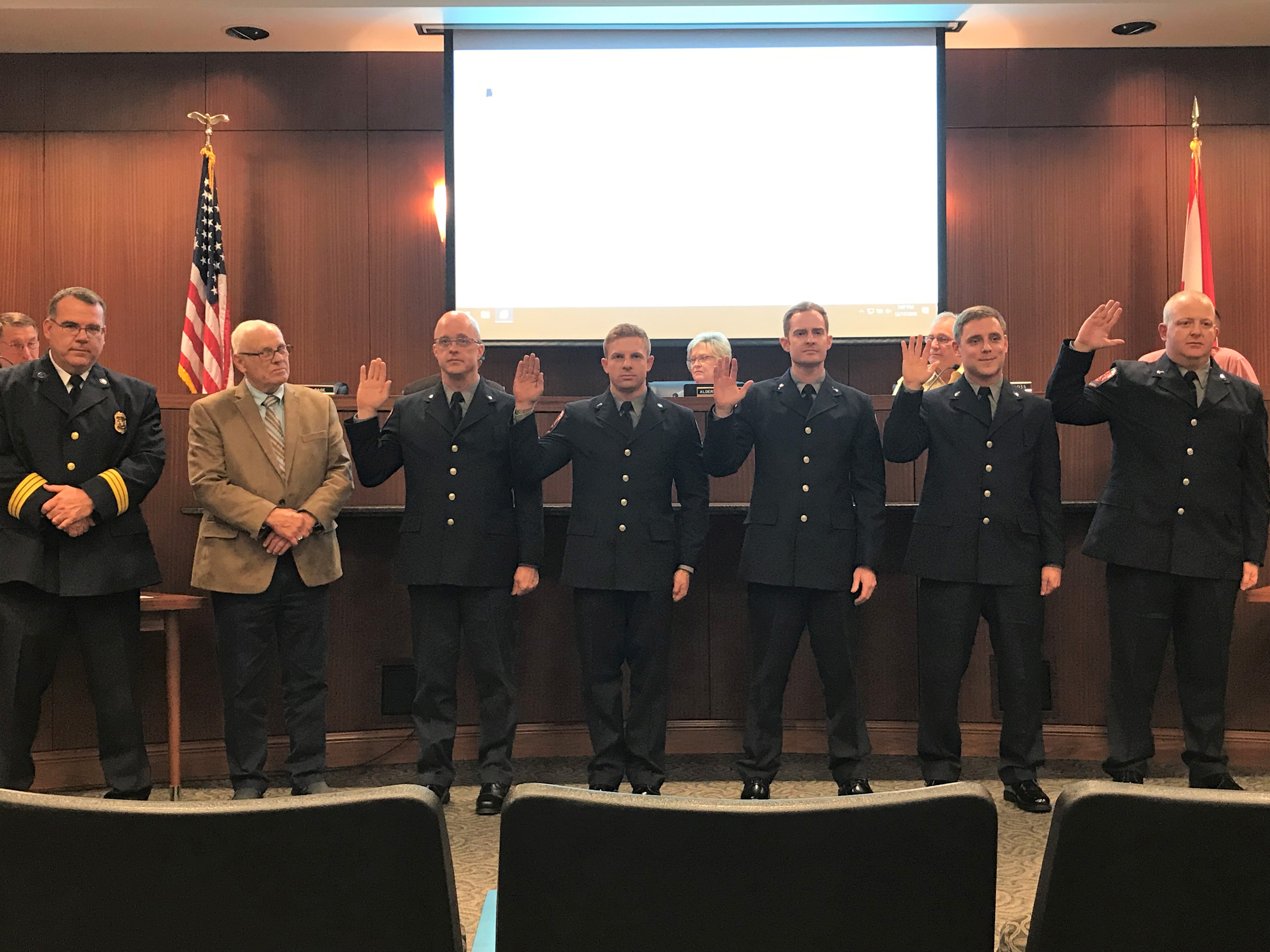 Cullman Fire Rescue Chief Brian Bradberry spoke prior to the swearing in, saying, “We are very blessed to a part of a city that is growing and booming. We are blessed to have progressive leadership. These guys work hard for these promotions. We brought outside evaluators in on their testing. Anybody that knows anything about fire service knows that the fire engineer position is one of the most important positions in the fire department. These guys can be fighting fire on any given day. They could be driving the truck, operating the equipment or they could be commanding the scene.”

Nathan Anderson, executive director of Cullman Parks, Recreation & Sports Tourism, announced that the Cullman Wellness & Aquatic Center is on schedule for the planned debut of its 24-hours per day, seven-days per week fitness option, which will begin Jan. 1.

Anderson also updated the council on the Nesmith Park Renovation Project, saying “Our grant application is going through for submission on Friday. We are really excited about it. After speaking with the schools, members of the community and the housing authority, we feel really good that this project is going to check a lot of boxes as far as needs that we have in that area and our community.”

Councilman Clint Hollingsworth added, “A lot of folks sharing ideas and thoughts, it will be great when it’s all done.”

The council then approved the resolution to apply for the federal government’s Land and Water Conservation Fund (LWCF) matching grant program and commit the local matching funds for the project.

The renovation project will bring many new features to Nesmith Park including:

See more about the Nesmith Project at www.cullmantribune.com/articles/2018/12/14/major-renovation-planned-nesmith-park

The council also approved a resolution authorizing the mayor to enter into a professional services contract for fleet management.