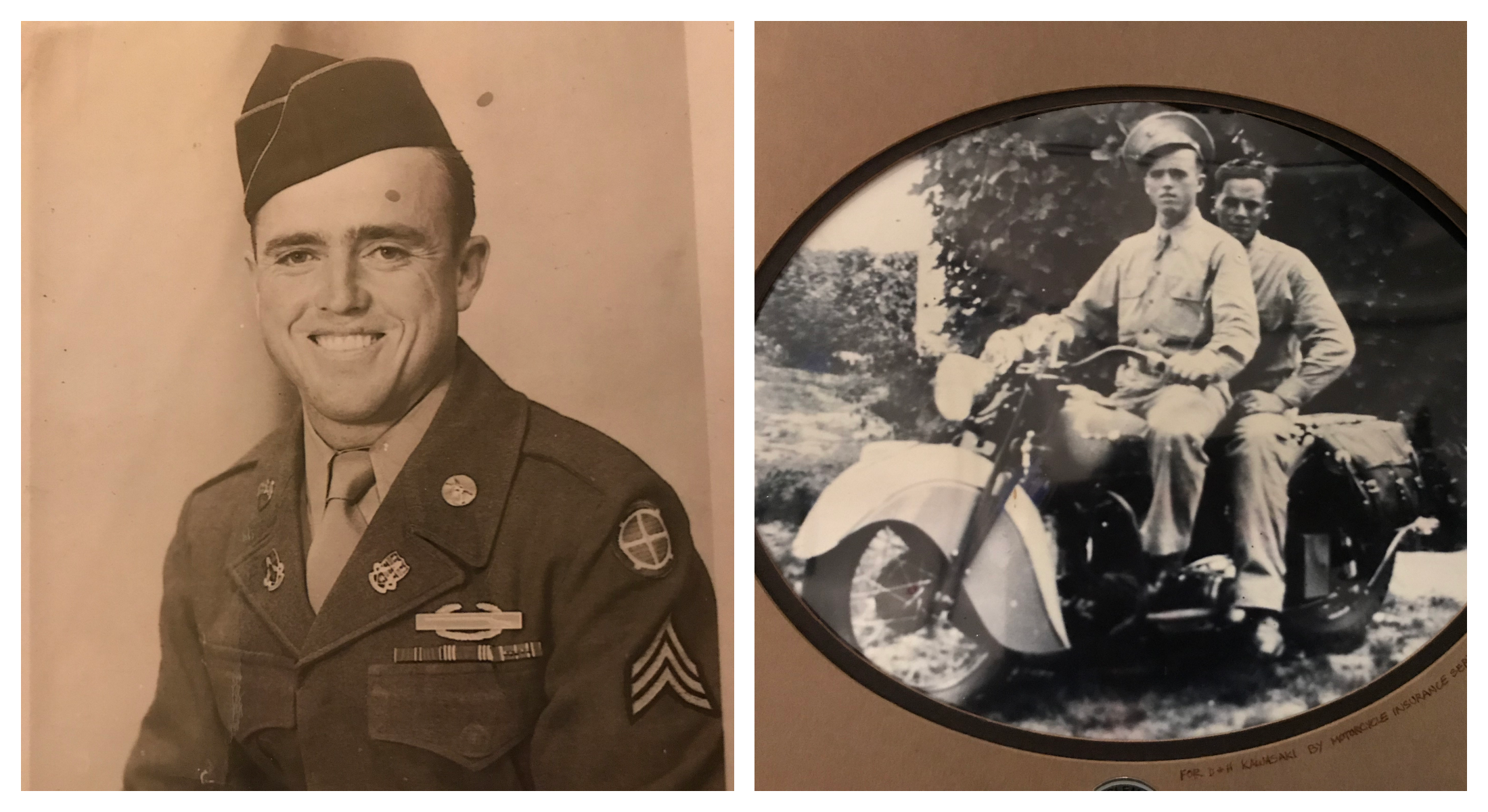 It was Jan. 7, 1943 when 19-year-old Cloyce Talmadge Drake was inducted into the United States Army. Having been drafted, he arrived at Ft. Benning, Georgia and couldn’t possibly have envisioned what he would experience over the next three years.

Upon completion of basic training, Drake was assigned to Company I of the 35th Division of the 320th Infantry. His unit was sent to San Luis Obispo, California for training. They went by train and the trip took an entire week.

While in California, Drake became very ill. He was diagnosed with spinal meningitis. Several of his fellow soldiers also came down with meningitis and were hospitalized. He was in the hospital for at least a month and was even unconscious for several days. He shared a room with another soldier who was very homesick. The other soldier would cry while Drake wrote and received letters from home. The soldier did not know how to read and write and once Drake realized that, he would write letters for him and read letters he got in return.

Once Drake was well enough to leave the hospital and travel, he was able to come home to Cullman County on a 30-day sick leave. During his leave the 35th Division was sent to Ft. Rucker, Alabama. Though it had been suggested to Drake that his illness could get him out of going to war, he chose to join his fellow soldiers at Ft. Rucker.

He shared, “I never made it a habit to lie, so I didn’t figure I would start.”

The 35th Division left Ft. Rucker and participated in the Second Army Tennessee Maneuvers from Nov. 22, 1943 to Jan. 17, 1944 where it received mountain warfare training. This training was new to units other than those in the Mountaineer Division. The training hoped to better prepare the soldiers for the conditions they were likely to face in the war.

Drake said, “We left Rucker and went to Tennessee for special maneuvers. They took us up there in trucks. We slept out there through the winter months. It was cold. There was snow and it was rough. It taught you how to take care of yourself out in that weather. When I got over there fighting, I lived in the snow out in the forest. Every night I slept outside. We all had shelter halves. We would pitch tents and sleep five men to a tent or bed. We would take the shelters, put three on the ground and covered ourselves with the other two. We would sleep five men to a bed. Them guys would fuss about who was going to sleep with me saying I was just like a heater to them. They’d finally wind up putting me in the middle.”

Once the division had completed the maneuvers in Tennessee it was ready for overseas. The division went to Camp Butner, North Carolina where Drake enjoyed playing basketball. He considered himself to be quite good at basketball. Soon after, he traveled to Camp Kilmer, New Jersey to board a ship to England.

Drake and the other approximately 160 members of his unit boarded the Edmond B. Alexander for London. The trip took two weeks, as the ships carrying service members would maneuver strategically while enroute. When they arrived in London, Drake and the members of the 35th Division met and were interviewed by several generals who were curious about the new training they had received in Tennessee.

Soon his company headed to Omaha Beach in Normandy, France, landing 30 days after D-Day. From Omaha Beach, they headed to St. Lo, France for what Drake described as “the worst battle I was ever in.”