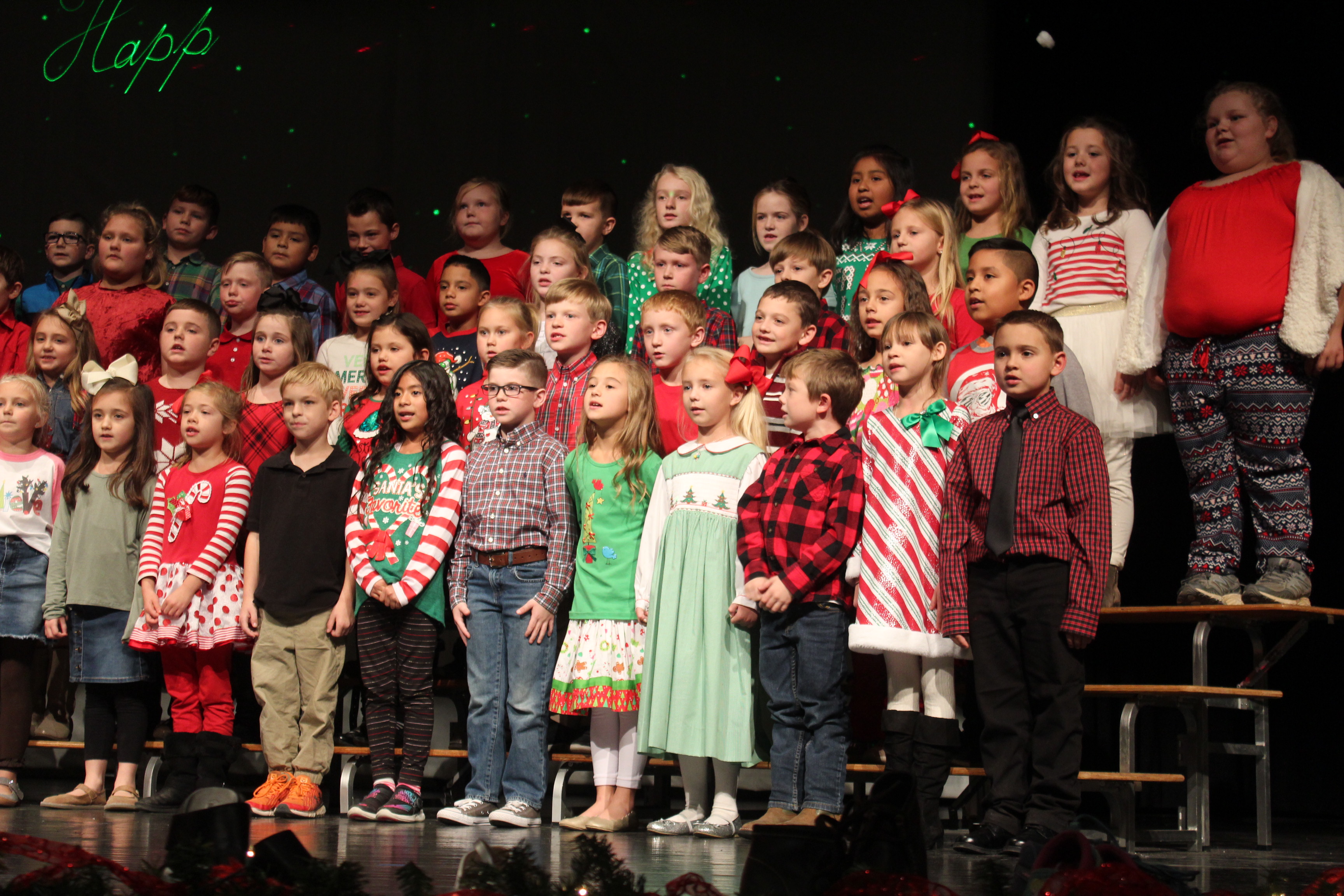 FAIRVIEW – Fairview Elementary School second graders on Tuesday performed their “Christmas Shoes” music program in the afternoon for students, faculty and staff and again Tuesday evening for family and friends.

Music teacher Robert Strane said he began working on this year’s program last spring and wanted it to focus on the spirit of giving. Prior to the program, the Fairview Elementary student body participated in a house challenge to collect new and slightly used shoes for those in need. The students collected just shy of 500 pairs of shoes and learned at Tuesday’s assembly that the “white” house (Integrity) came out on top.

The second graders performed a selection of Christmas favorites and Strane joined in to perform the title song, “Christmas Shoes,” which delivered a poignant message of giving to others, especially during the holidays.

Soloist Kynslee Jones said after the program Tuesday morning, “I was shaking! I practiced a lot at home. Tonight’s performance will be easier when my mom and dad are here, but I’m probably still going to shake.”

Houston Gardner, who played guitar and sang “Away in the Manger,” said, “I was scared at first, but I finally faced my fears. My friend, Hunter Bailey, told me to just go up there and have fun. So I did!”

Strane was incredibly proud of his students, saying, “We started rehearsing for the program when school started. The kids have done a great job. I want to make them love music, and this group has so much talent.”

Fairview Elementary School Assistant Principal Caleb Elrod and Strane have made plans to donate the shoes collected by the students. This Saturday, Dec. 8 from 8 a.m.-noon in the school’s old lunchroom, the shoes will be given away to those in the community who are in need. Shoes that aren’t given away Saturday will be donated to a local charity.

Second-grader Aiden Jones brought in 50 pairs of shoes, many of which were shoes he and his older sister had outgrown or not worn. He also brought some from his mom and dad.

Said Aiden Jones, “It is important to help people who might not have the money to buy shoes.”