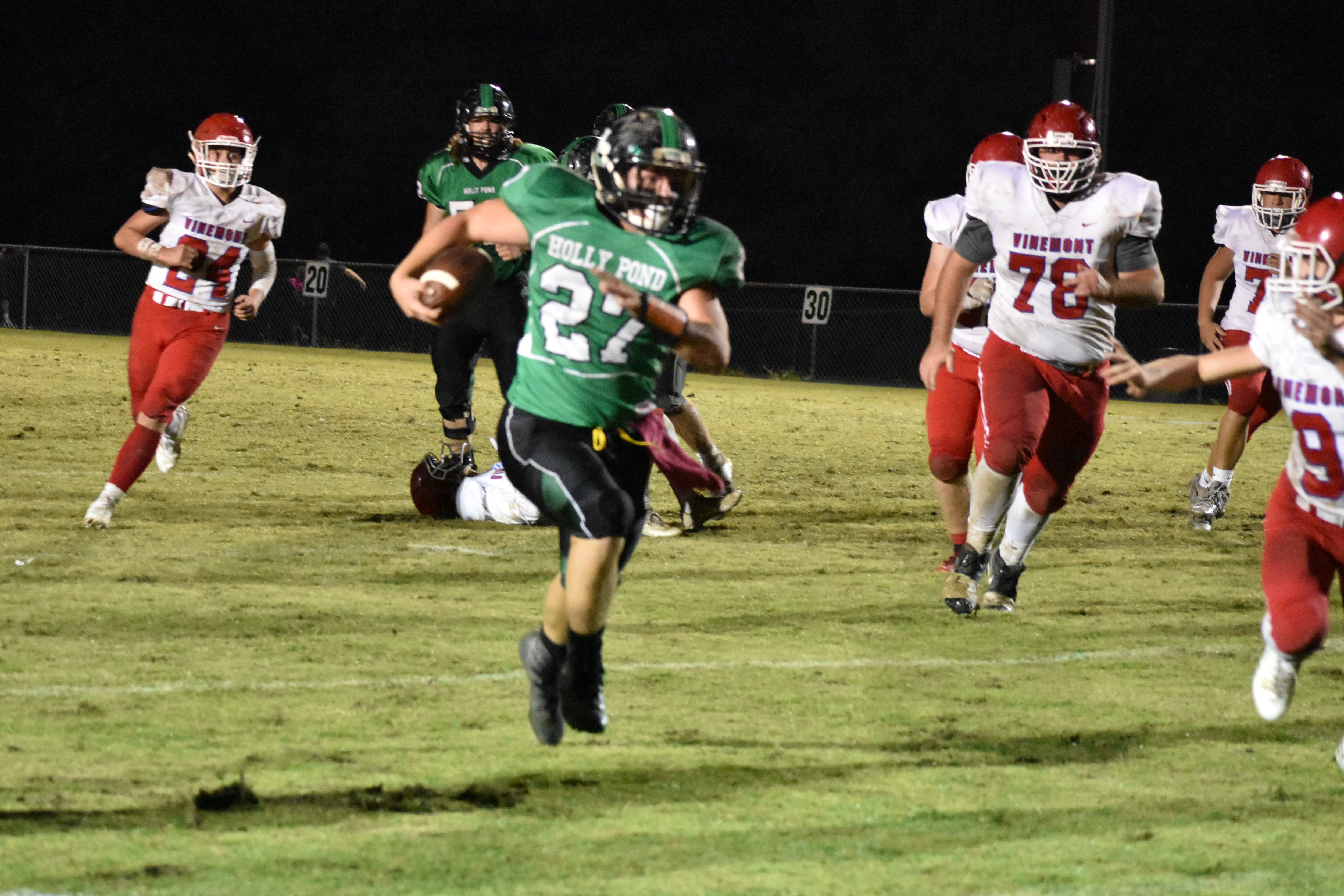 Broncos running back Tyler Simmons runs for a big gain in Holly Pond’s 38-20 win over Vinemont on Oct. 26. (W.C. Mann for The Cullman Tribune)

CULLMAN – The 2018 AHSAA State Football Playoffs have arrived, and three Cullman-area teams will be kicking off their postseason runs this Friday. Good Hope and Holly Pond will travel to face St. John Paul II and Geraldine, respectively, while Addison prepares to host Sulligent.

The Bulldogs will host the Sulligent Blue Devils in round one after finishing tied for the top spot in Region 5 with Red Bay and Colbert County. Addison has been playing some of its best football of the year after falling to Colbert County 35-8 on Oct. 5. Since that loss, the Bulldogs have won three straight and outscored their opponents 137-26. The Blue Devils are coming off a 60-0 loss at home to South Lamar, so Addison will definitely be the favorite in this one. However, the Blue Devils have actually picked up all three of their wins on the road this season, so the Bulldogs can’t afford to look ahead.

The Broncos secured a playoff spot with their win over Vinemont on Oct. 26 and now they will travel to take on the Bulldogs of Geraldine. Both Holly Pond and Geraldine are coming off losses, so it should be interesting to see which team responds. The Broncos are 2-3 away from home this season so they’ll have to put together a solid four quarters this week to advance to the second round.

After winning nine games in the regular season, the Raiders will have to play round one on the road. The Falcons of St. John Paul II will host Good Hope (at Milton Frank Stadium in Huntsville. The stadium is located at 2801 15th Ave. SW) in a heavy-weight opening round matchup with two teams that combined to win 17 games in the regular season. The Falcons are having one of their best seasons in school history and are scoring 38 points per game, but the Raiders are allowing just 14 points per game and can score some points of their own. Something will have to give in this one and it’ll take a great game from the Raiders to survive and advance to round two.