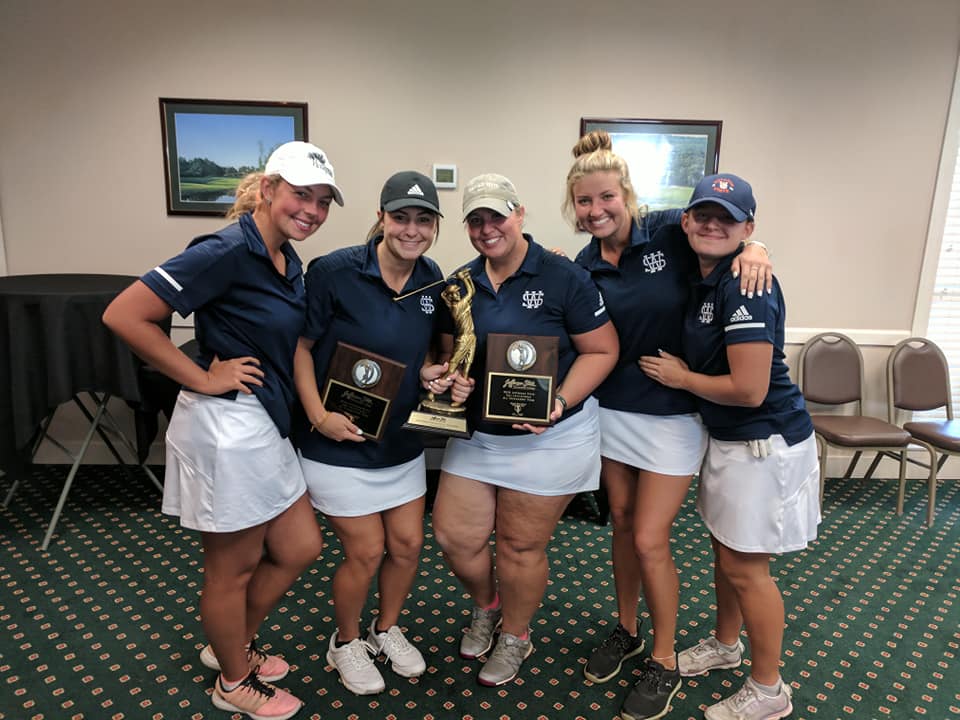 Freshman Carter Goodwin had Wallace State’s top finish in the event, trying for ninth overall with a 3-over par 147 (76-71). Goodwin shared ninth place with seven others.

Matt Smith finished with a 5-over 149 for the Lions, Anthony Lumpkin shot a 154 and Hunter McKelvy a 155. Brody Simmons rounded out the field for Wallace State with a 167.

Wallace State was coming off a tournament runner-up finish at the Northeast Alabama Community College in Scottsboro.

McKelvy, a Fairview native, and Smith were each named to the All-Tournament team.

Smith put together a solid fall season for the Lions, earning low medalist at the NJCAA Division I National Preview Tournament in early October and finishing third at the Wallace State Invitational in September. Smith, a freshman from Clements, was an All-Tournament selection three times this fall.

Sophomore Michaela Bryan was the individual runner-up, carding a 166 (87-79). Freshman Maci Yeager earned her first All-Tournament nod with the Lady Lions, finishing with a 170 (83-87) for fifth overall.

Wallace State’s women won a pair of tournament championships this fall, also winning the WSCC Invitational in September. Bryan was the low medalist in the WSCC invite after achieving the same feat in the ACCC Tournament in April.

For more information about Wallace State athletics, visit www.athletics.wallacestate.edu or the athletics Facebook page at https://www.facebook.com/Wallace-State-Community-College-Athletics-238544719506181/