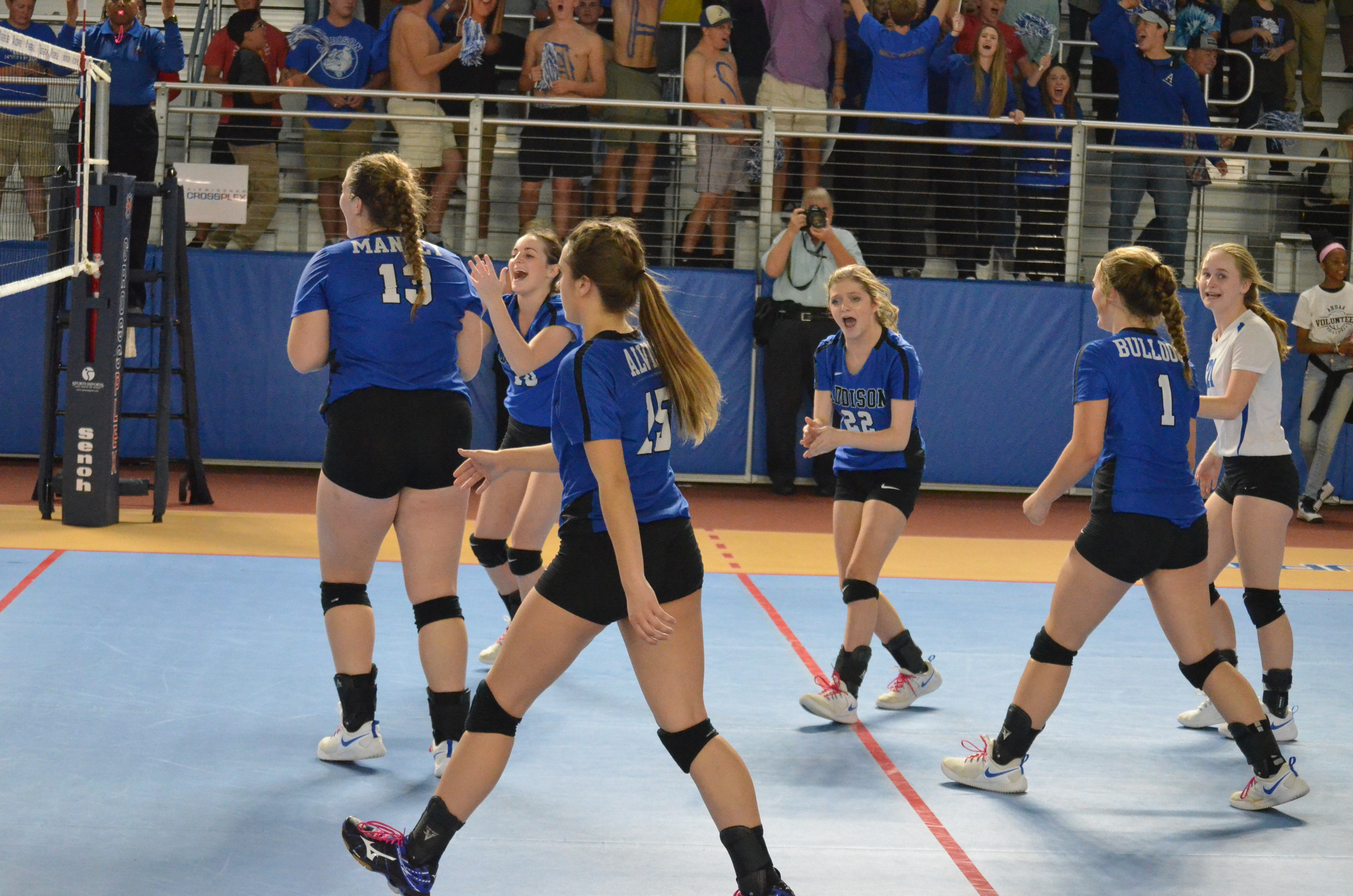 The Addison Lady Bulldogs celebrate after knocking off G.W. Long in straight sets to advance to the AHSAA State Volleyball 2A final against Winston County Thursday at 8 a.m. (Gary McGriff for The Cullman Tribune)

BIRMINGHAM – Three Cullman area squads were in contention at the 2018 AHSAA State Volleyball Tournament at the Birmingham CrossPlex Wednesday morning and one of them will be back Thursday to play for the 2A state title.

Fairview started out fast in the first set of the match, taking an early lead over the Lady Eagles. Providence began to take over and pulled away. After winning the first set, Providence Christian pulled away and defeated Fairview 3-0 (25-13, 25-15, 25-15).

After finishing as 1A state runner-up last season, the Lady Tigers were sent home Wednesday morning a little earlier than they would have liked. Meek fell in four sets to the Lady Eagles (25-16, 26-24, 20-25, 25-11) to bring their season to an end at 30-26 with a region title and another trip to Birmingham under its belt.

Addison improved to 52-12 with the win and advanced to the Halloween semifinals against G.W. Long with a record of 28-7.

The Addison Lady Bulldogs took on the G.W. Long Lady Rebels in a semifinal match at the Birmingham CrossPlex Wednesday afternoon. Addison dominated the first two sets of the match 25-10 and 25-8.

The Lady Rebels played much better in the third set, but Addison closed the match out 25-20 to end G.W. Long’s season at 28-9.

Leading Addison was Manley with 12 kills and four aces. Alvis had nine digs to go with her nine kills and Walker contributed 20 digs in the sweep of the Lady Rebels.

Addison advanced to its 17th AHSAA state volleyball finals and will face Winston County Thursday at 8 a.m. in Bill Harris Arena at the Birmingham CrossPlex. Addison has defeated Winston County four of the five times this season.