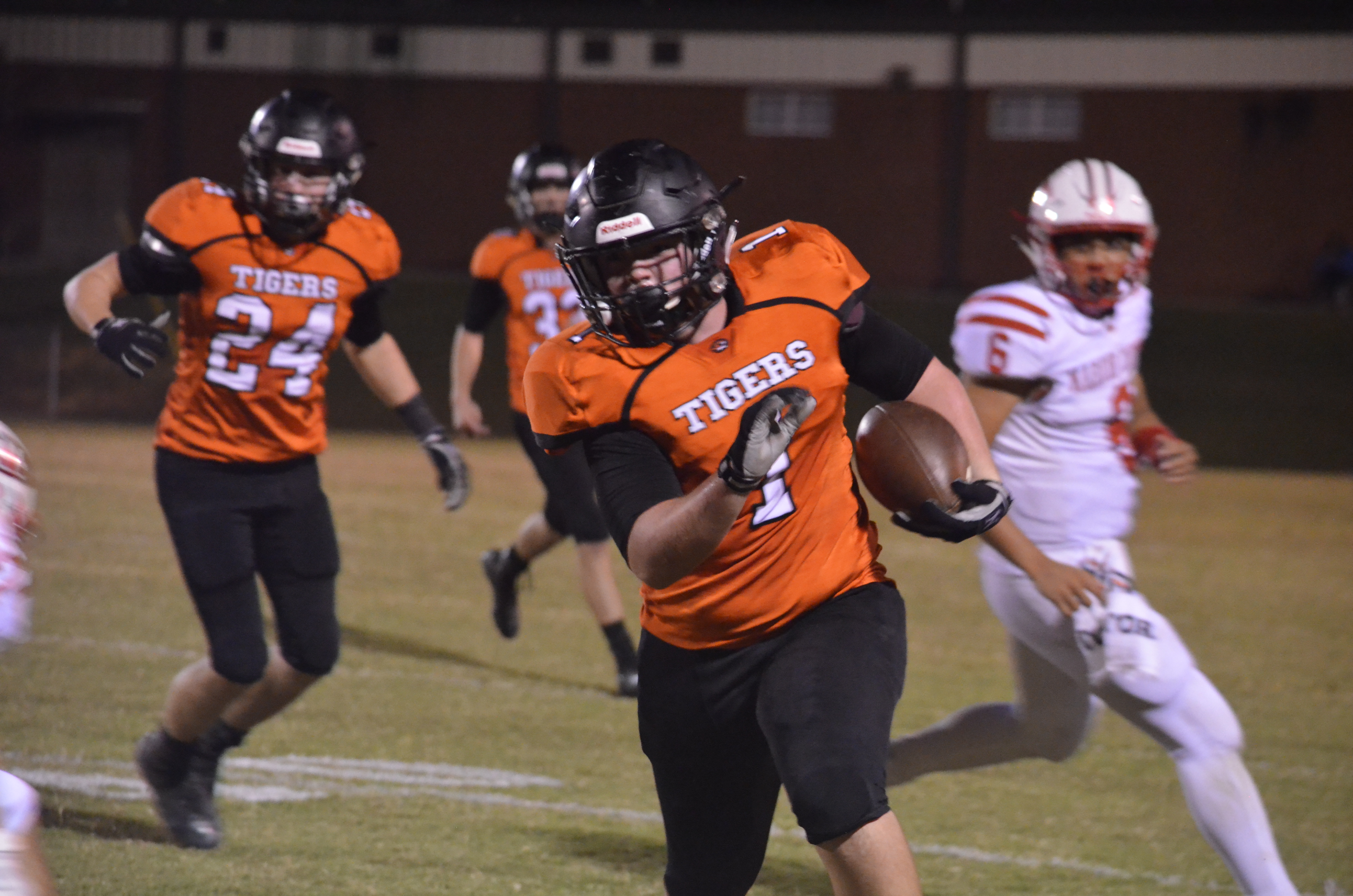 ARLEY – The Tigers came up short at home Friday night, in a physical, scrappy game with Marion County that, for much of the night, featured a lot more penalties than points. The score sat at 7-6 in favor of the Red Raiders for most of the night, but Marion County took advantage of some turnovers and short fields in the fourth quarter to pull away, 28-6.

Meek running back Gabe Jones ripped off 63 yards down the sideline on his first carry of the night, but it was the Red Raiders who struck first with a 2-yard touchdown run late in the opening quarter to go up 7-0. The Tigers were able to respond in the second quarter when quarterback Payton Key pulled the ball on an option play and took it 24 yards to the end zone untouched with just over a minute remaining in the first half. Meek was stopped just short of the goal line on the 2-point conversion attempt, so the 7-6 Red Raider lead held going into the half.

The third quarter was another close one, with neither team able to find the end zone, but the fourth quarter was all Marion County. The Tigers punted on their first three possessions of the second half and threw interceptions on their final three, giving the Red Raiders a lot of short fields and the opportunity to pull away. Meek hit some big passes in the game and Jones racked up 132 yards on 18 carries, but five turnovers and 12 penalties made it tough for the Tigers to move the ball consistently.

Despite putting 28 on the board, the Red Raiders’ offense was held to just 278 yards by the Tigers and collected seven penalties themselves.

The loss drops the Meek to 3-6 this season (1-5 in 1A, Region 6) with the final game of the year coming next week on the road against Lynn.