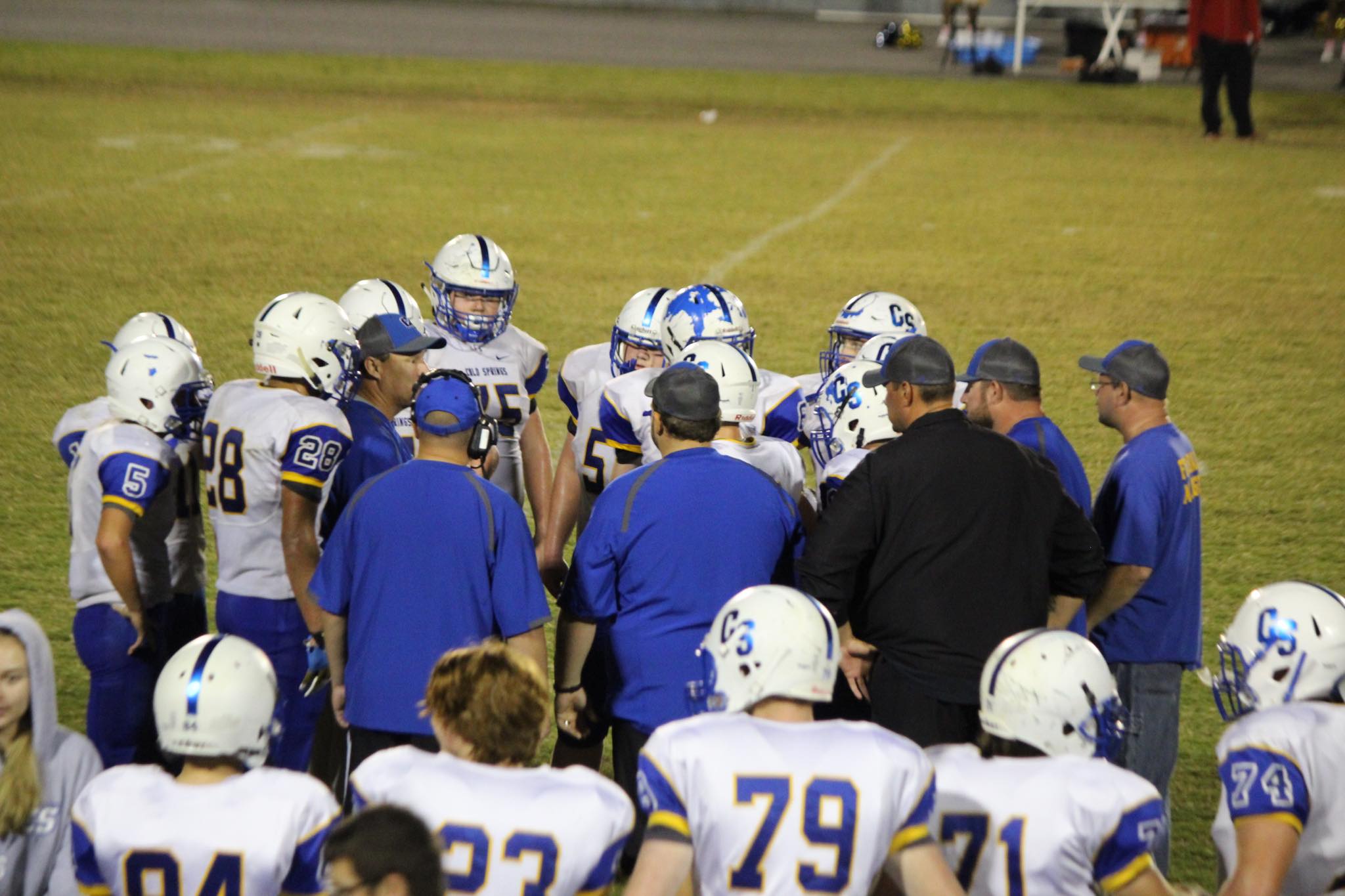 Eagles Head Coach Rod Elliott talks to his team during a timeout in Friday night’s matchup with Tarrant. (Destiny Campbell for The Cullman Tribune)

Tarrant took possession of the ball to start the second quarter, putting up another seven points, pulling away from the Eagles 14 -7 with 10:52 left in the quarter. Cold Springs took control of the ball and drove down the field for a 35-yard touchdown by Ayden Alexander. However, the Wildcats blocked the Eagles’ extra point attempt to hold their lead 14-13 at the end of the first half.

The Wildcats received the ball to start the second half on fire and scored two consecutive touchdowns to stretch their lead to 28 -13. Despite their best efforts, the Eagles were held scoreless during the third.

The Wildcats came out on fire once again scoring with 9:08 left in the fourth putting the score at 34-13 over the Eagles. Cold Springs was not done fighting yet. The Eagles scored with 4:10 remaining to make the score 34-19. The Wildcats turned the ball over on downs and Cold Springs took possession. Sophomore Quarterback Brodi Williams completed a 15-yard pass to senior tight end Francisco Ayala who ran in for a 55-yard touchdown followed by a 2-point conversion from McNabb, cutting the score to 34-27 with 1:20 seconds to go. The Eagles recovered their on-side kick in hopes of finding a route to another touchdown but fell short and reluctantly turned the ball over ending a very hard-fought battle, 34-27 with a Wildcat victory.