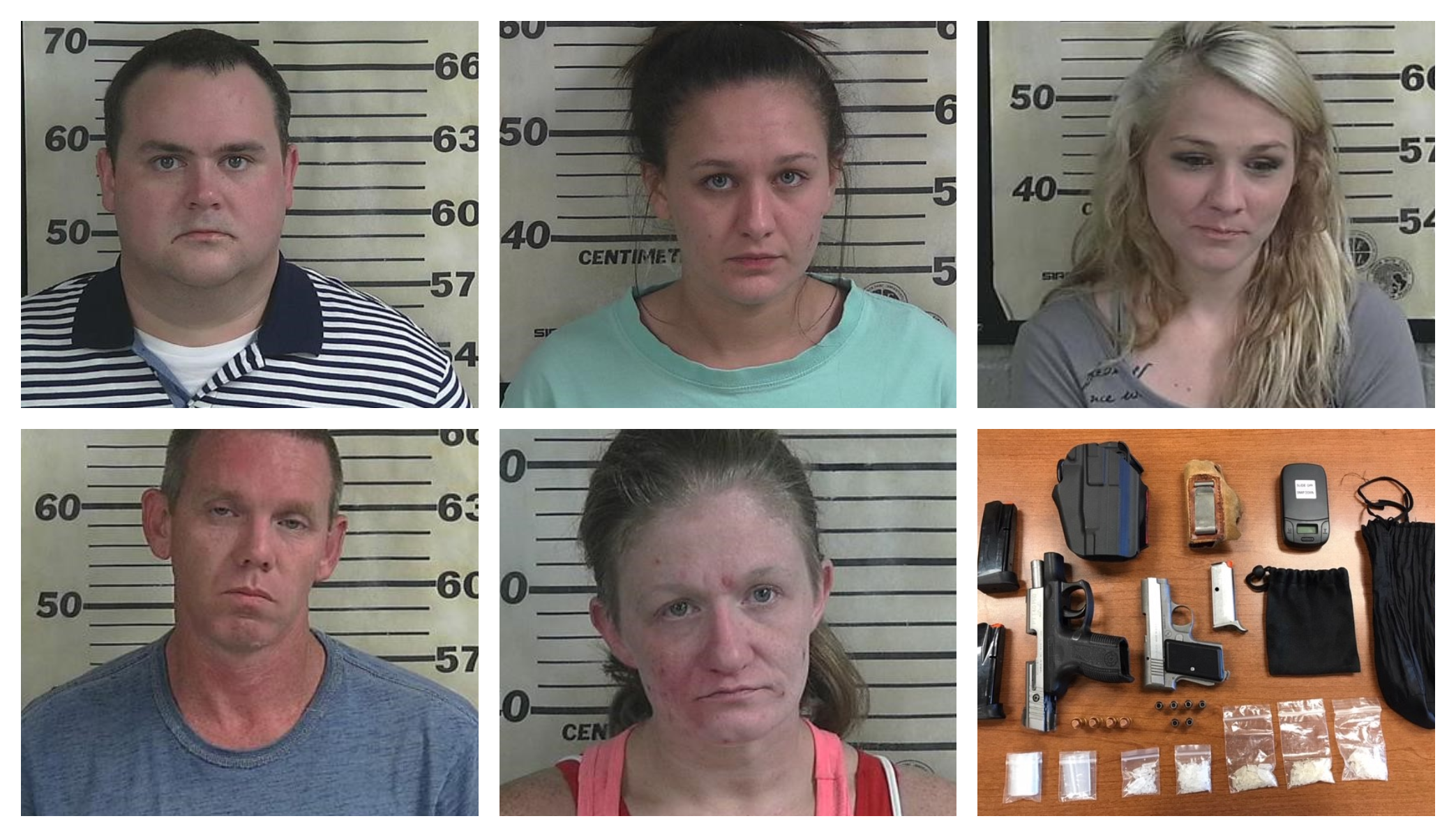 In a second incident, on Sept. 24, the CSU arrested Sarah Rose Adcock, 26, of Cullman. She is charged with three counts of unlawful distribution of a controlled substance for allegedly selling heroin and pills.

On Oct. 3, in a third incident, the CSU arrested Mikayla Delaine Burleson, 21, of Cullman and charged her with two counts of unlawful distribution of a controlled substance for allegedly selling methamphetamine.

In the fourth incident, also on Oct. 3, CSU officers stopped a vehicle after observing a traffic violation.  During the traffic stop, Cullman County Sheriff’s Office K-9 Deputy Clayton Dew arrived on the scene to assist.  After the K-9 alerted on the vehicle, officers performed a search of the vehicle.

Allegedly discovered during the search were two handguns, one which had been reported stolen, approximately 18 grams of methamphetamine and drug paraphernalia items.

Scoggins was charged with unlawful possession with intent to distribute a controlled substance, unlawful possession of drug paraphernalia and obstructing justice using a false identity. The CPD said Scoggins used a false name and other information to try and conceal her real identity.  Officers were able to obtain Scoggins’ true identity and discovered that she had an outstanding felony warrant.

Kendrick was on probation at the time of the arrest and also had an outstanding warrant.

Nunnery, Adcock, Burleson and Scoggins have all been released.