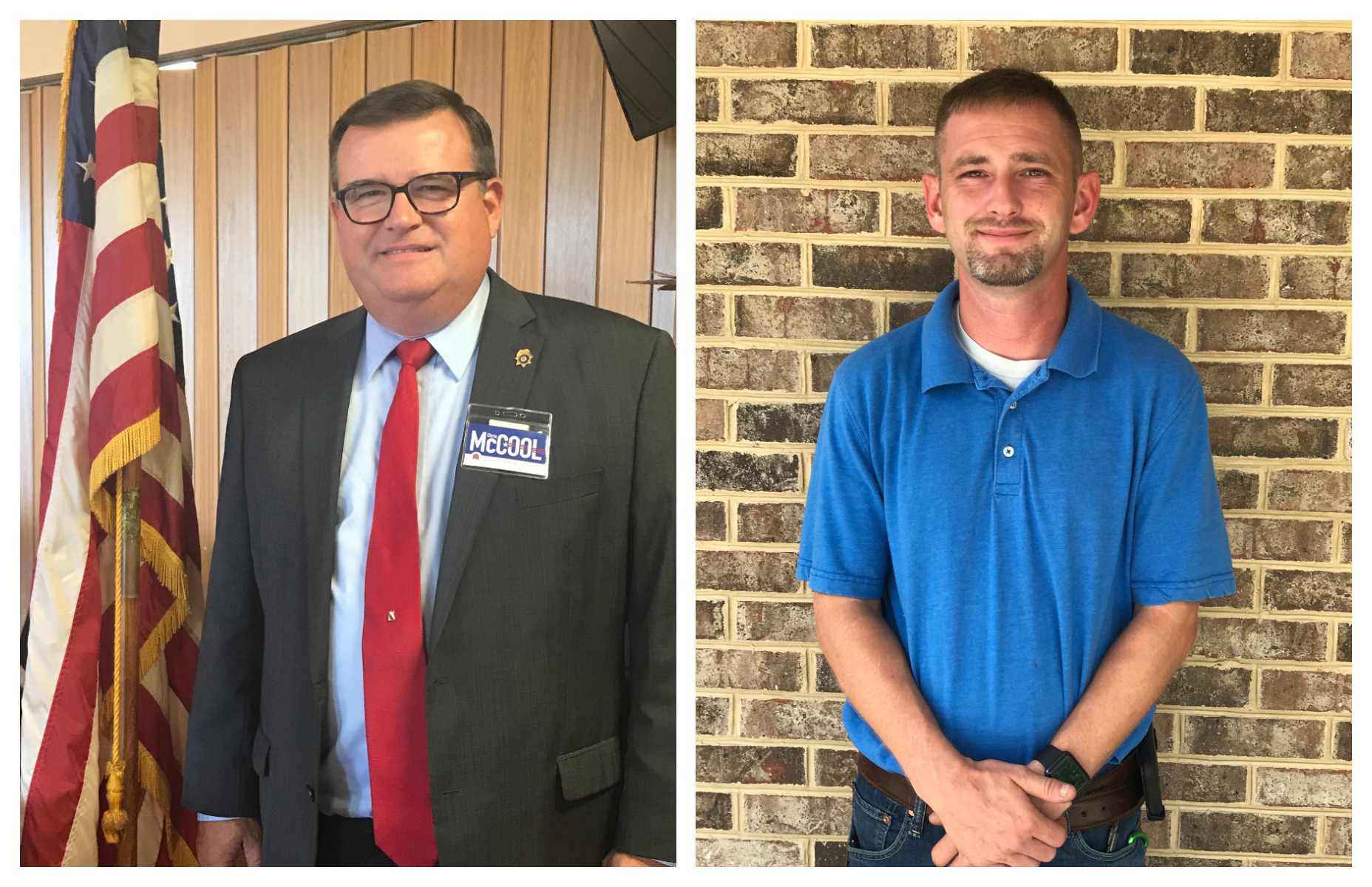 McCool currently serves as district attorney for the 24th Judicial Circuit, covering Fayette, Lamar and Pickens Counties. He has held that position since 2001. McCool is running unopposed for Alabama Court of Criminal Appeals, Place 2. In 2007, VOCAL (Victims of Crime and Leniency) named McCool “Prosecutor of the Year.”

McCool lives in Gordo, Alabama with his wife, Sherri, where he also manages the family’s farm. McCool is pastor of Zion Primitive Baptist Church. His four children and one son-in-law are also members of the church.

McCool began by thanking Cullman County for its support in the July Republican runoff against Rich Anderson in which McCool garnered 56 percent of the overall vote but received 62 percent of the vote in Cullman County. Though he is unopposed in the November general election, McCool said hel continues to travel throughout the district speaking to as many of his constituents as possible.

As he spoke Saturday morning, McCool used the Bible’s story of David and Goliath to explain how Republicans should prepare for the upcoming general election.

He said, “David did not become a giant killer overnight. He worked hard. We can’t wait until the day before the election and hope to win. We have to prepare.”

McCool continued, “David was given armor, a helmet and a sword. This was not what he knew, and those things made him uncomfortable. He stayed with what he knew: a sling and a stone. In order to beat the giant, he stuck with what he knew. It's important for candidates to do like David. Go with what you know. Always be yourself regardless of what outsiders say you need to do to win elections.”

He closed by reminding everyone, “It’s OK to look at the past, but it’s not OK to live in it. Living in the past and not working for the future can cause one to become complacent, discouraged and to lose elections.”

Cullman County Republican Party Chairman, Kelly Duke, reminded everyone before adjourning the meeting that while most candidates in Cullman County are running unopposed, one race is not. Cullman County Coroner Jeremy Kilpatrick will face former coroner Gary Murphree in the November general election.

Kilpatrick has been the coroner of Cullman County for three years. He has worked in emergency medical services for 13 years and served in the Army for 12 years, seven of those as an MP (military police). Kilpatrick is also a member of the Battleground Volunteer Fire Department as well as the Alabama Coroners Association.

Kilpatrick said of his work as coroner, “I have a proactive approach to my job. Suicide prevention is a priority and it’s important that we make improvements in the area of mental health. Overdoses, suicides and traffic fatalities are the leading causes of unnatural deaths in Cullman and all three are preventable.”

He added, “I have a great working relationship with all the different agencies. I also give the same amount of respect and care to everyone. I care about everyone.”

The next monthly meeting of the Cullman County Republicans will be Oct. 6 at 7:30 a.m. at the Cullman Elks Lodge. Candidate for Alabama lieutenant governor, Will Ainsworth, is expected to be the guest speaker.