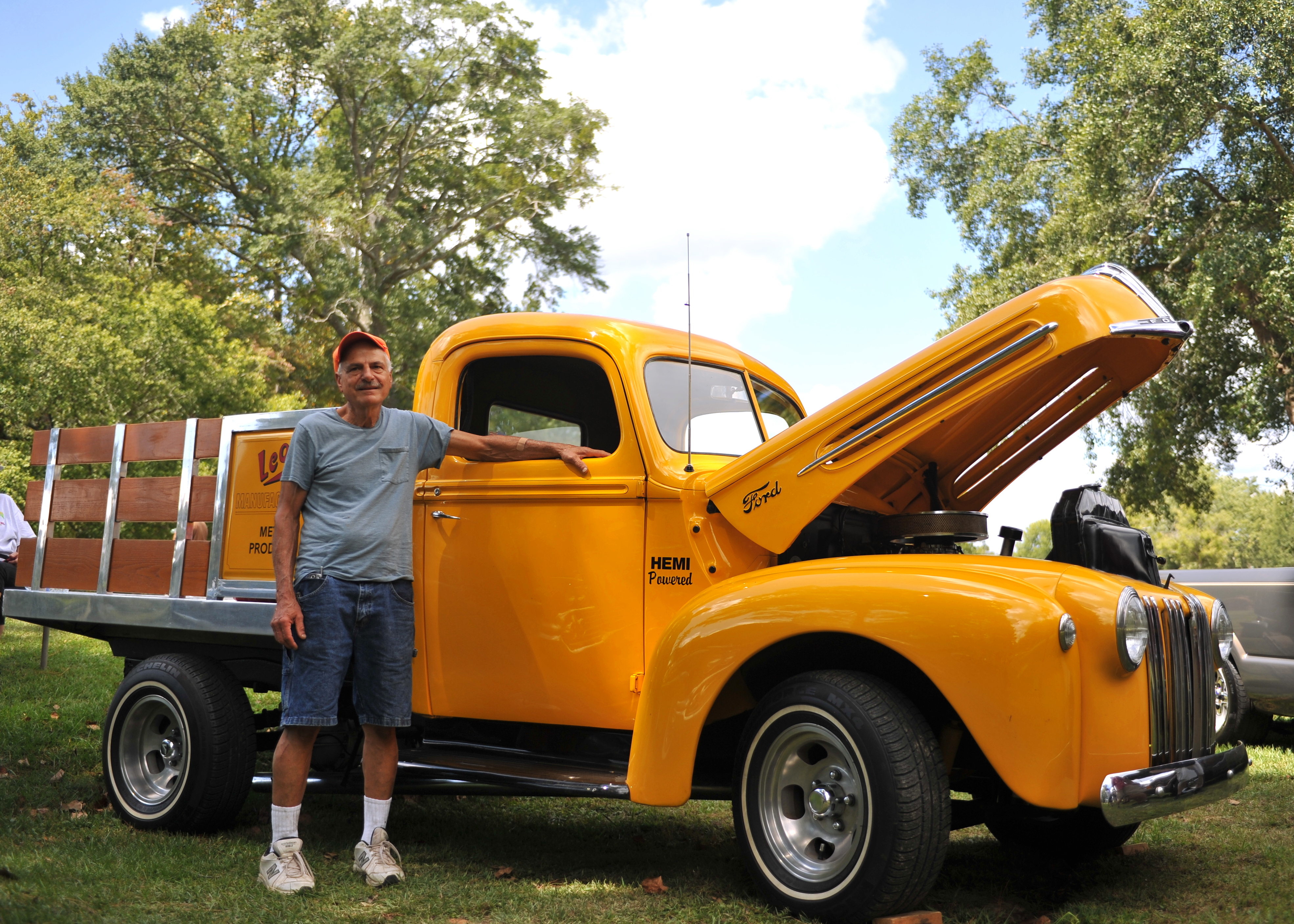 CULLMAN – Hundreds of festival goers came out to Smith Lake Park for the 22nd annual Sweet Tater Festival Sunday and Monday. The festival featured live music, arts and crafts, all kinds of vendors, a car show and, of course, sweet potatoes.

“I don't know what the numbers look like today, but I know from the looks of the traffic we're probably going to set a record for the most amount coming to the park for this,” said Davenport on Monday. “I think this has been the warmest one we've had since I’ve been in involved the last five years. It's been the most perfect weather; this year we couldn't ask for better weather.

Davenport said the event brings in vendors from outside the state, in addition to being a great activity for locals.

“We've had a lot of vendors here; we've even got them from out of state,” Davenport said. “So, it's a huge economic impact for the county, not only something fun for the local people to come out and do.”

Sunday's portion of the festival was also a big success, according to Davenport.

“We had a full day of entertainment yesterday; we had something new we tried yesterday, and it went over really well. It was the sweet potato dig,” said Davenport. “We buried some sweet potatoes here in a big container with pine straw and participants had to run and get a potato and put it in a sack. They did that until the first one to get six potatoes. That went over huge. Then we did a water balloon toss which ended up turning into a water balloon battle.”

The festival has been going on for many years, but it didn't start at Smith Lake Park, said Davenport.

“It actually started at Dowling School after the school burned down. It didn't have anything to do with the county or the state or anything, it was just local people,” Davenport said. “Then, as the years went on, they just couldn't keep up with the hours or getting the volunteers and so when I went to them about just moving it to the park five years ago, Tony Leonardi was over it at that time, and he said, 'It's a blessing; we've been praying somebody would step up and you called us,' so that's how we ended up moving it here. Space was limited because I think they only had like 8 acres out there and it was really dangerous with parking on the side of the road. We changed it up a little bit. Their admission used to be $3 per day and we changed it to $5 for both days and different entertainment on both days.”

Leonardi and his wife were at the festival, which he ran for many years, enjoying the car show.

“It goes back many, many years. There was a committee that got involved and one way to raise money to cut the grass and keep the park up was to have a festival,” said Leonardi “One guy said sweet potatoes and that's where we got sweet potatoes from, because it was the season for them. In fact, they just started coming in.”

Leonardi has been involved with the festival for 20 years.

“We moved to Crane Hill 20 years ago and I guess we've been to every one ever since. I was in charge for eight years for sure,” Leonardi said. “What happened was, I asked them if I could sell watermelons there and they hemmed and hawed about it because they wanted to control all the vending and all the money to raise to do the park and I told them, 'I'll give you the money and let me sell the watermelons for you,' and so they did,” Leonardi continued. “Then a couple of years later, it was just going down and down and down and I stepped in and helped the president of the park to organize the festival for the coming years. Then he stepped down and there I was. I just took over and we had 8 acres to play with and then we outgrew that because it was really a safety issue with having cars and parking and people and then somebody came up with this idea (of moving the festival to Smith Lake Park), and I said sure.”

The festival has continued to thrive since moving to Smith Lake Park, said Leonardi.

“Ever since we've moved it here, it's always been a great, great event,” Leonardi said. “I used to take three months out of the year just doing the Sweet Potato Fest, and now I'm a participant and it's really great. It's a great satisfaction to see all these people enjoying themselves and how it's grown since I had control over it. The other thing is I turned 70 and I guess that was a good time to turn it in.”

According to Leonardi, one quality of the festival has stayed the same over the years.

“Sweet potatoes are still good; we got ourselves four bags of them,” he smiled. “It was fun doing the Sweet Potato Fest because you met a lot of people in the city and you really got to know them and they got to know me some, too.”

Garland and Debra Durbin came to the festival as vendors from out of state but also camped at the campground during the event.

“We're just selling the whirligigs, enjoying the scenery, and listening to music,” said Garland Durbin. “We're from San Antonio, Texas. There's a lot of people out here having a good time.”

The Durbins also appreciated the hospitality from other campers.

“We like it over there nice and shady, people are nice,” Garland Durbin said.

“They keep trying to give us food. I was just telling her I'd like to go down to the lake before it's over with,” said Mr. Durbin.