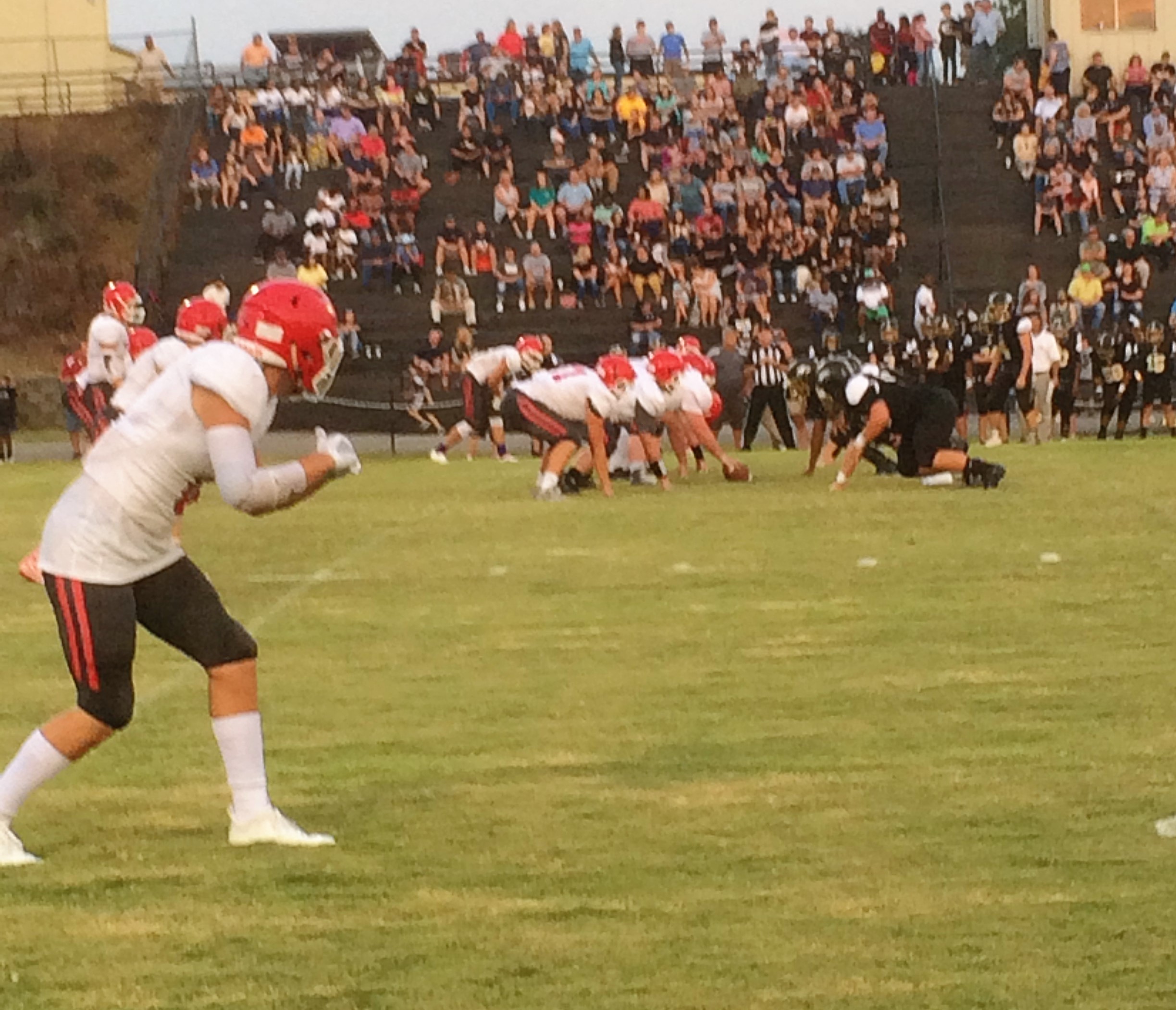 TRINITY – It was a battle of the Eagles Friday night, but it was the visiting Vinemont Eagles (3A, Region 5) who pulled out the victory, topping the Eagles of East Lawrence (3A, Region 8), 29-18.

Both offenses struggled to move the ball in the first half; it was Vinemont’s defense that got on the board first. A safety with 3:07 left in the opening quarter put Vinemont up 2-0.  After the safety, the visiting Eagles received the ball and were marching down the field looking to extend their slim lead. Eventually, they were stuffed on fourth-and-goal.

Junior linebacker Travis Hopper sparked the Vinemont offense when he recovered a fumble that set up the offense at midfield. The offense took advantage of the turnover with a 47-yard touchdown connection from Jack Hill to Teague Whatley that put Vinemont up 8-0 with 2:46 to play until halftime. Vinemont’s Dustin Moore intercepted an East Lawrence pass on the final play before the half securing an 8-0 lead at the break.

Early in the third quarter, Vinemont surrendered a touchdown pass that cut its lead to 8-6. Midway through the quarter Moore scored on a 2-yard run putting the Vinemont Eagles up 15-6. After forcing a three-and-out, the Vinemont offense seemed to start finding its rhythm. Dalton Whitehead scored from 3 yards out, putting the Eagles up 22-6 with 1:38 left in the third.

Vinemont forced a turnover for one more opportunity to score before the reserves took over. They did just that as Hill and Whatley connected again on a 33-yard touchdown with just 55 seconds left in the third to put them up 29-6 after the PAT.

The reserves had little offensive success, but East Lawrence managed to score two late touchdowns which made the final score 29-18.

Vinemont will start its regular season Friday night at home against the Falkville Blue Devils.