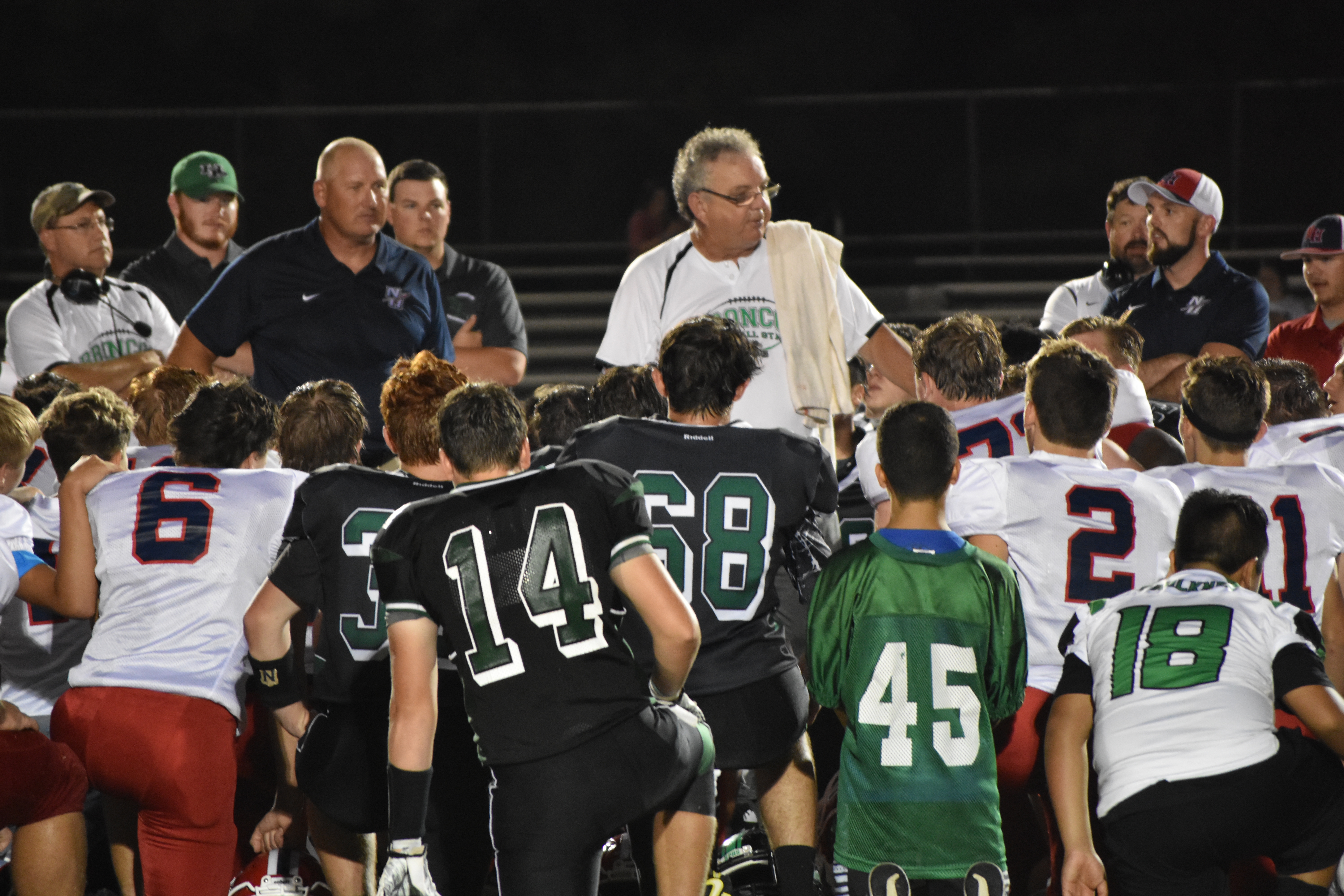 HOLLY POND – The opening game of the season for Holly Pond (3A, Region 5) and New Hope (3A, Region 7) started with a Bronco kickoff followed by a flag on the first play from scrimmage for New Hope. Both New Hope and Holly Pond attempted to push through the others' defenses to no avail, although the Broncos made the most progress with several runs for first downs by Alex Corneglio and quarterback Kyler Chaney.

Holly Pond scored the first touchdown of the game when Corneglio caught a pass from Chaney, followed by a 2-point conversion carried out by Jeremiah Holmes. New Hope, with the ball, was unable to push any further by the end of the first quarter, which ended 8-0 in favor of Holly Pond.

The second quarter also started with a flag, this time on Holly Pond. After New Hope's first major drive stalled, Holly Pond started to lose steam as well. This opportunity gave new hope to New Hope, which made its first score in the latter part of the second quarter, followed by an extra point. Holly Pond's strong drives started to dwindle, but an Isaac Ludwig interception stopped what could have been a scoring drive for New Hope. Halftime came around with the score at 8-7.

Holly Pond roared into the third, scoring a touchdown within the first 20 seconds, but failing on the conversion attempt. The rest of the quarter was riddled with play after play by New Hope stopped dead by Chaney. The quarter closed at 14-7.

Holly Pond's Isaac Schwaiger took a huge hit early in the fourth but chose to remain in the game. Holly Pond drove, unrelenting, with Chaney keeping the ball for two more touchdowns before the end of the game, though conversions fell short. In the closing moments, New Hope drove back for one more score, leaving the final score of the game as 26-13, Holly Pond.

The Broncos will travel to DeKalb County next Friday to take on Ider.