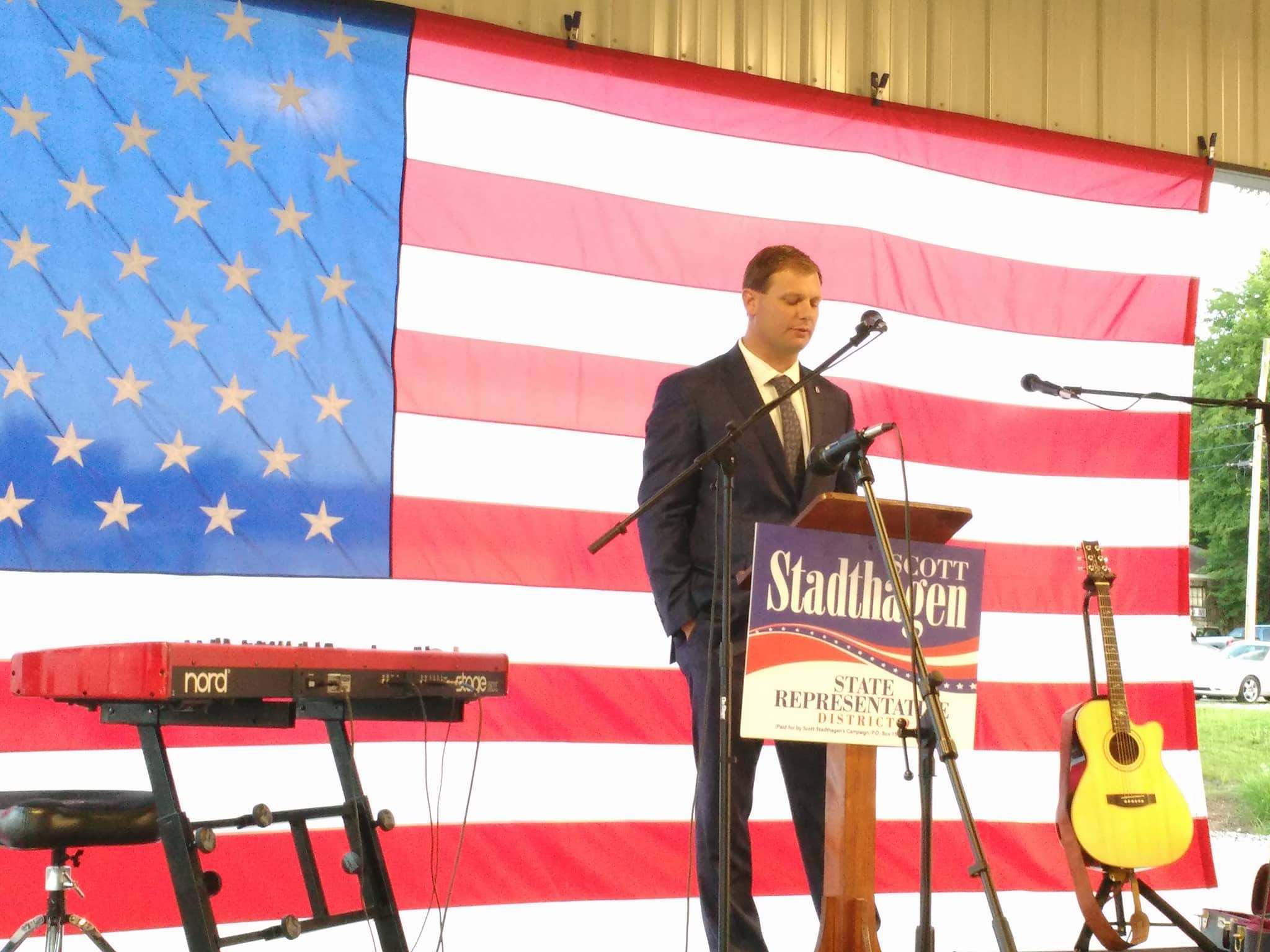 MONTGOMERY – After Terrie Jones Savage withdrew from the race for Alabama House of Representatives District 9 last week, the Alabama Democratic Party held open qualifying for a replacement through Aug. 10, before voting on Saturday, Aug. 11 to name an official candidate at the State Democratic Party Executive Committee meeting.  Though the party was able to seat replacement candidates in two other races (State House District 80: Christopher Davis, and 15th Judicial Circuit Place 6 Judge: Jimmy B. Poole), according to Josh Robinson at the party office in Montgomery, no candidate qualified for the District 9 House seat.

According to Press Secretary John Bennett at the office of the Alabama Secretary of State, Democrats have until 5 p.m. on Aug. 22 to name a replacement, so a possibility exists that the race could continue. Having had no candidates present themselves so far, though, the party may face an uphill battle to challenge Republican candidate Scott Stadthagen for the seat.

If no other challenger appears, Stadthagen will win the seat by default.

In a phone conversation with The Tribune, Stadthagen said that he had heard rumors about why Savage, the sister of U.S. Sen. Doug Jones, D-Alabama, had withdrawn, and said of his opponent and her family, “They’ll be in our prayers.”

Stadthagen was not aware of the outcome of last Saturday’s Democratic Executive Committee meeting; he responded, “Wow.  Well, that’s good!”

Shared Stadthagen, “As far as the campaign’s concerned, we’re not going to change course.  We’re going to campaign like we’ve been campaigning and make sure we represent our district well in Montgomery.

“There’s not (another candidate at this point), but part of our campaign is listening to the people of our district; I’m not going to stop doing that.  We actually met last night, and we said if we end up not having an opponent, we’re still going to be out in our district, and we’re still going to be talking to people and listening to people, and that’s kind of what we’ve done from 20 months ago, and we’re going to continue to do that.

“I’m excited about the next page for our state, with the leadership we have: with the Speaker Mac McCutcheon and our House Majority Leader Nathaniel Ledbetter.  And I really think it’s going to be a new page for the state of Alabama. And our Cullman County delegation, we’re going to do very good things as a team.”

The race for the House District 9 seat was wide open going into the June 5 primary since incumbent Rep. Ed Henry, R-Hartselle announced he was not seeking re-election. Stadthagen beat primary opponents Justin Morrow (20.92 percent) and James Bowling (16.66 percent) handily, with 62.42 percent of the vote.