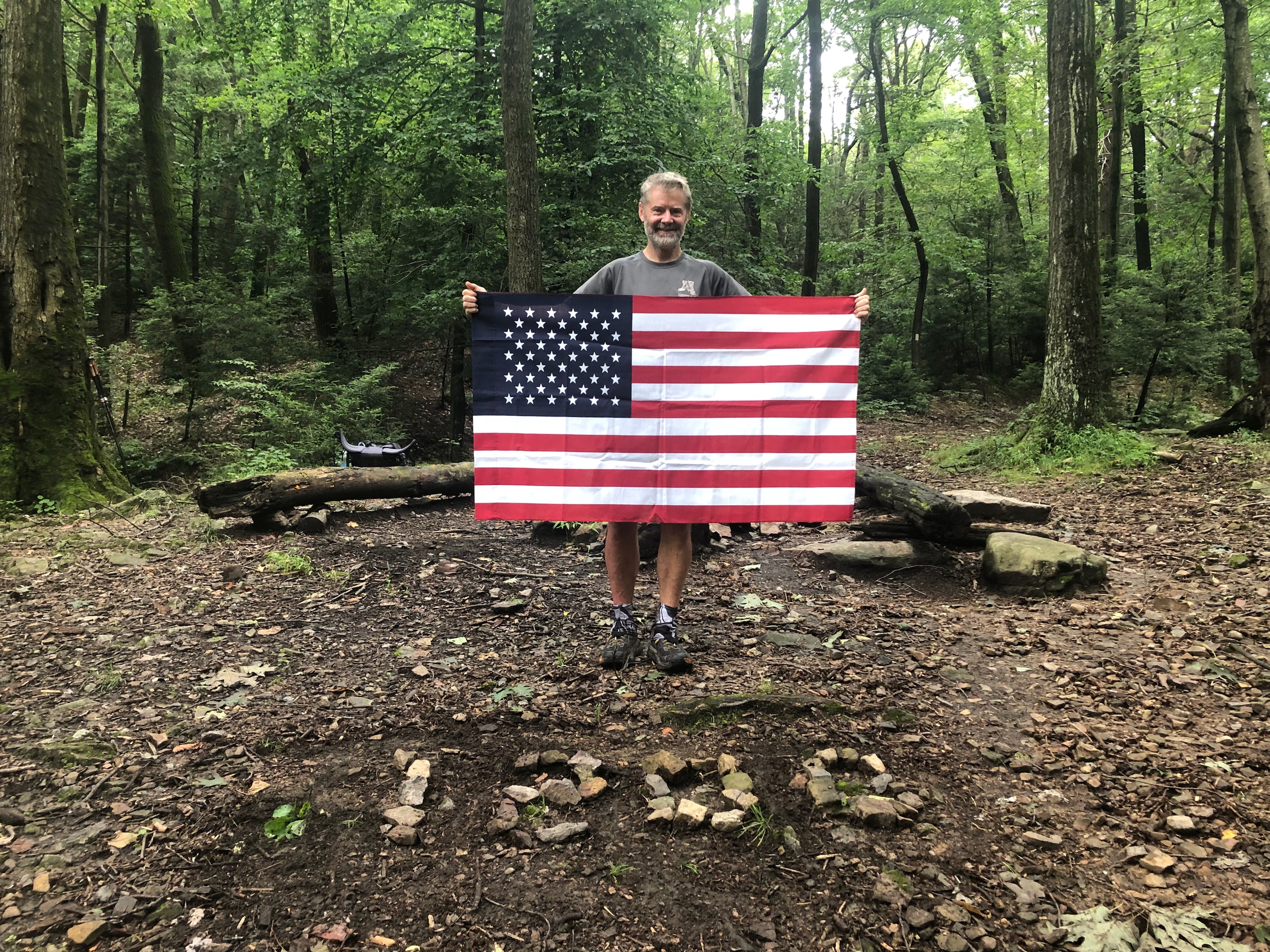 The Tribune has been following Fairview native Col. Donald Fallin (U.S. Army, retired) as he hikes the Appalachian Trail to raise awareness and funds for the education of the children of fallen warriors.  On Friday, he texted The Tribune a photo of himself at the 1,200-mile mark in Pennsylvania. On Saturday, he reported in from Port Clinton, Pennsylvania, 1,219.8 miles from the southern trail head at Springer Mountain, Georgia.

Fallin also reported that his fundraising efforts for the Johnny Mac Soldiers’ Fund have raised $11,214 in a $15,000 crowdfunding campaign.  According to the organization’s website, “Johnny Mac Soldiers Fund honors military service and sacrifice by providing scholarships to veterans and military family members, particularly children of our nation’s fallen and disabled.

“Time and again, our soldiers and their families are asked to give of themselves for the rest of us. While they ask little in return, we owe them so much. Through education, we give back to those who gave. We give back to ‘Our Own.’ It's the least we can do.”

The fund was named for Col. John McHugh, who was killed by a suicide bomber in Afghanistan on May 18, 2010.  The West Point graduate and Army aviator left behind five children, who were aided in obtaining educations through a fundraising effort that became the Johnny Mac Fund.  In just four years since its inception in 2014, the fund has awarded $7.5 million in scholarships to 1,000 veterans and military family members.

Fallin has established a crowdfunding campaign through Gofundme.com subsidiary Crowdrise for anyone who wishes to contribute to the Johnny Mac Soldiers Fund.  Johnny Mac is a 501(c)(3) nonprofit, and donations are tax deductible. To contribute or find out more, visit www.crowdrise.com/o/en/campaign/dons-appalachian-trail-hike-for-the-johnny-mac-soldiers-fund/donaldfallin.