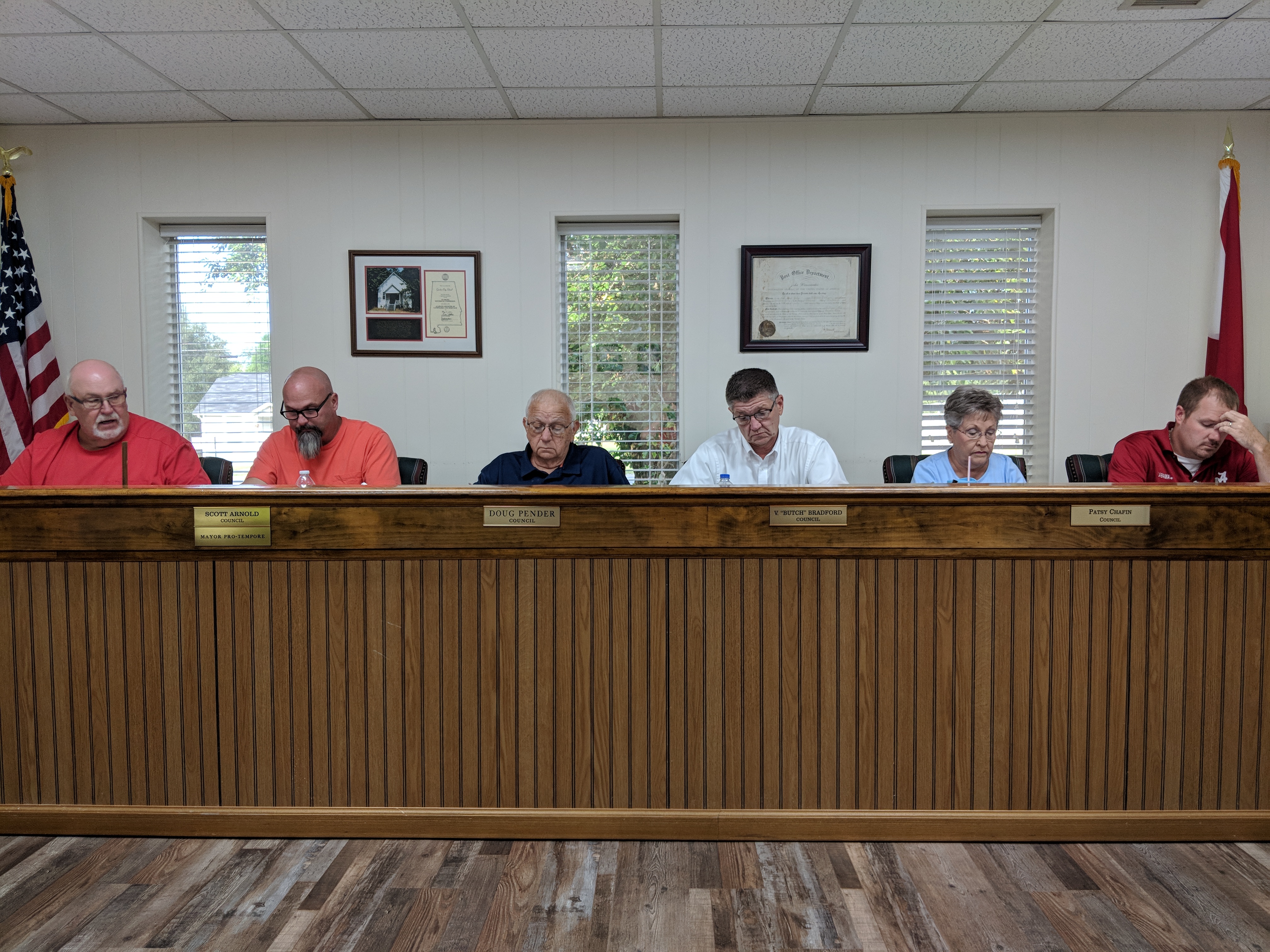 GARDEN CITY – Last week, Garden City received an unpleasant surprise: someone cashed three fraudulent checks appearing to be written by the Town of Garden City, totaling $5,621.88 stolen from the Town's general fund checking account. In order to preserve financial security, the town council passed two resolutions Monday night that closed the compromised account and opened a new one. As of Monday, the culprit has not been arrested; however, the authorities do have a name and driver's license number to work with.

Amidst other security and law enforcement concerns, the council also discussed the idea of bringing back the Garden City sheriff’s substation, which has not been in operation in more than 20 years. Cullman County Sheriff Matt Gentry couldn't speak at the meeting due to a prior engagement, so most of that topic was delayed until next month’s meeting. However, there was still some discussion about how many officers the town would need, how much it would cost to pay them, and other logistics.

The idea to bring back the local station stemmed from a wish to have officers closer to the town, according to town clerk Pam Leslie.

"We're just so far away from all the substations that it takes a while to get anybody down here," she commented. "We need some help with enforcing our ordinances, and it's difficult to get that worked out through the County and keep it going on a regular basis."

During committee reports, councilman Scott Arnold stated that the July 1st Freedom Celebration was a huge success and thanked everyone who helped out, including the Town of Garden City and all the churches involved.

He reported, "We had more people than we ever expected. We'd prepared over 500 hot dogs and over 600 drinks, and we ran out of everything."

The public works report stated that, for slightly more than the cost of four spare Hummer tires, the Town could purchase a single new Hummer with good tires and engine parts. After minimal discussion, the council moved to approve the purchase of a new Hummer to use for spare parts.

– The pipes are suffering from the typical summertime stress and leaks, but the sewers are doing well overall.

– A motion was approved to start working on a drainage pipe.

– Paving for different roads in the town should start in August, and the guarded railroad crossing should be in place by December at no cost to the Town.

– The Town is looking at some backhoe tires and is considering buying a few as spares for its tractor.