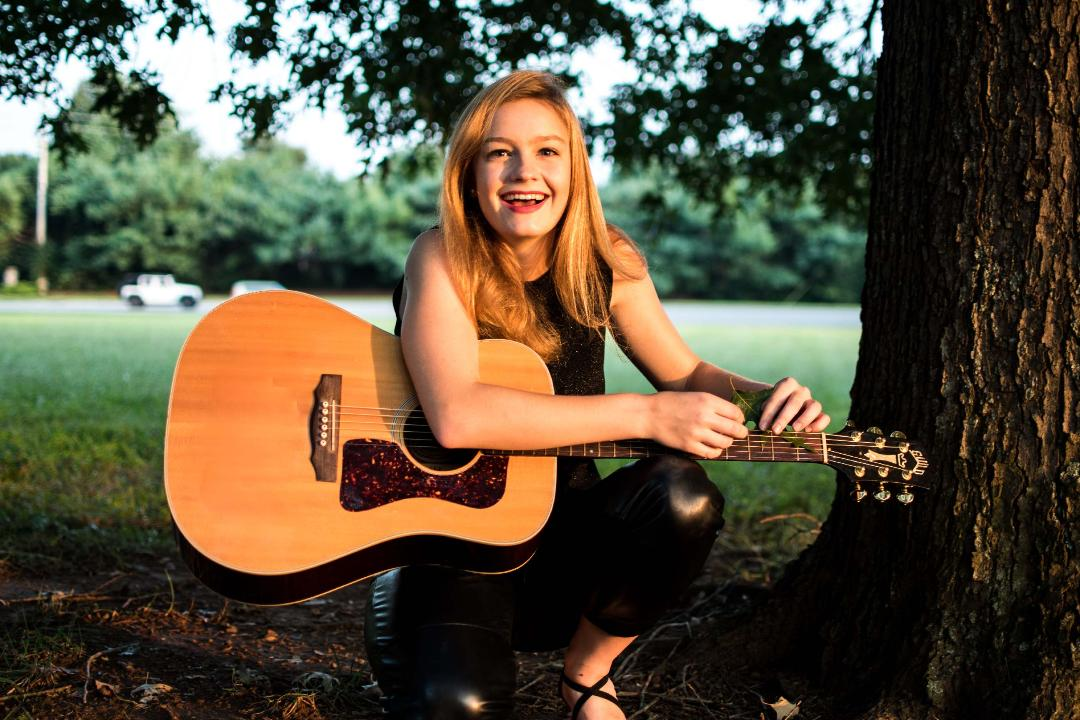 CULLMAN – After Shannon McNeal graduated from Cullman High School, she moved to Murfreesboro, Tennessee and enrolled at Middle Tennessee State University to study music business.  In her spare time, she performs as a folk-pop singer-songwriter at venues and events around Nashville and Franklin, returning home occasionally to play at events like the Strawberry Festival, and places like her original public performance venue, Berkeley Bob’s.

“It's crazy how far I've come in so little time,” said McNeal.  “Just a few years ago, I was singing at open mics at Berkeley Bob's Coffee House, and now I live just minutes from Nashville and have–no joke–11 performances scheduled for the next 12 days.”

McNeal was a semi-finalist in the 2017 “Nashville Rising Star” competition and was just selected to once again move on to the 2018 semi-final round of what is now called “Nashville Rising Song.”  She was also recently selected to perform in the 2018 Smoky Mountain Songwriter Festival. In the last few months she has hit the stage at festivals with more than 100,000 attendees such as the National Cornbread Festival and Franklin's Main Street Festival.

“I really do enjoy what I do. Not just the music side of things, though, the business side, too,” she said. “I like managing my own business and all of the creative work it takes.”

Earlier this week, McNeal talked to The Tribune about the project:

“The album is filled with 11 original tracks. The content really plays off of the title of the album.  The ‘Wilting Flowers’ part represents the sad songs in the album about everything from heartbreak to the realities of Nashville.  The ‘Blooming Dreams’ portion represents the happy songs and also my dreams as an artist. When you look at the whole picture, ‘Blooming Dreams’ seems much bigger and more significant than scrawny ‘Wilting Flowers.’  This was intentional and is just another layer to the title. All of the music on the album is folk-pop and it features nine fully-produced tracks and two ‘live in the studio’ tracks.

“I'm excited to share the content on this one for sure. I've already released two singles from it that you can find online (Spotify, Apple Music, etc.) called ‘Share My Reality’ and ‘Cash You In.’ Another track on the album called ‘Morning Light’ actually just got me into the semi-finals of the ‘Nashville Rising Song’ competition!”

The album will be available on all major music streaming platforms on July 20.

McNeal will hold a release event in Murfreesboro as well, but will be in Cullman on the evening of July 20 for a hometown party at Rumors Deli from 6-8 p.m.

Said McNeal, “I've partnered with Rumors Deli for a special after-hours album release show!  It's going to be a ton of fun. Rumors' full menu will be available, and there will be free giveaways!  I'm going to play the entire album plus some, and I can't wait to celebrate with my hometown crowd: those who have been following me and supporting me since day one, and those just wanting to have some fun on a Friday night!”

Tickets will be $5, and McNeal encourages people to buy online ahead of time at RumorsDeli-ShannonMcNeal.eventbrite.com.