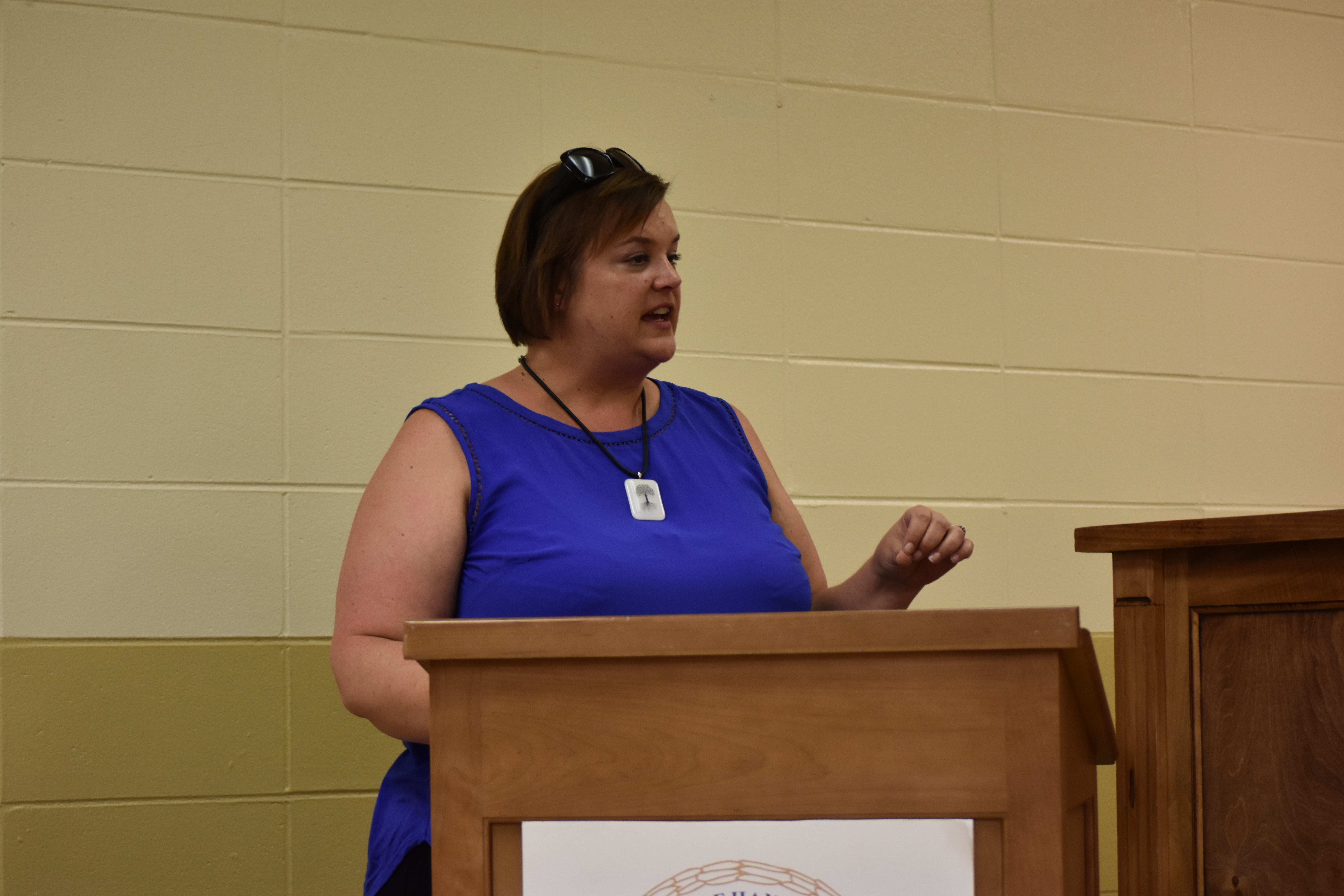 HANCEVILLE – At its regular meeting Thursday evening, the Hanceville City Council heard about current and upcoming projects to improve the community and grow the city’s business/industrial sector.

Councilman Charles Wilson informed the council that the water department has half of its solar panels installed at the sewer plant, and that they are already producing electricity.  The rest should be arriving soon. Over the next 20 years after the completion of the project, according to Wilson, the panels will generate enough surplus electricity (which will be sold to the Tennessee Valley Authority (TVA)) to pay off the original investment and allow the City to realize a $100,000 to $200,000 profit.

Wilson said that this is the first sewer plant in the state to operate on solar energy, and that it will become a model for other plants around the state.  He expects the plant to host numerous visitors in years to come.

Mayor Kenneth Nail informed the council that the city’s industrial park has undergone a recent cleanup to make the property more attractive ahead of upcoming meetings with representatives of businesses potentially interested in locating in Hanceville.  As those plans are preliminary, Nail did not release further information.

Kristi Barnett of Wallace State came to address the council about the college’s new community garden, which is scheduled to open with a work day on Saturday, June 23.  The project will offer 16 raised garden beds to begin, with planned future expansion. Beds can be rented or paid for through community service, and are open to students, faculty and to Hanceville area residents.  (See more on this in The Tribune’s story on the project.)

Nail also informed the council that the City is about to begin repairs around the bridge opposite the Hanceville Civic Center, including shoring up the creek bank and re-grading the site to make it easier to mow.  Additionally, he reported that improvements along Edmondson Road are nearing completion.

The council approved an invoice from Good Hope Contracting in the amount of $16,926.35 for paving materials for work on Hopewell Drive.

The council also voted to surplus a small .17-acre triangular parcel of land adjoining both C.W. Day Park and a home lot owned by resident Steve Barnett.  According to Nail, the parcel has been tended by Barnett for years, and only recently did the resident and City discover that the corner of his back yard was City property.  The parcel will be put up for sale by closed bid.

At the conclusion of its regular business, the council went into executive session on a topic not reported to the public.

The next Hanceville City Council meeting will take place at 6:30 p.m. on Thursday, June 28, in the Hanceville City Hall auditorium, with work session at 6.  The public is invited to attend.