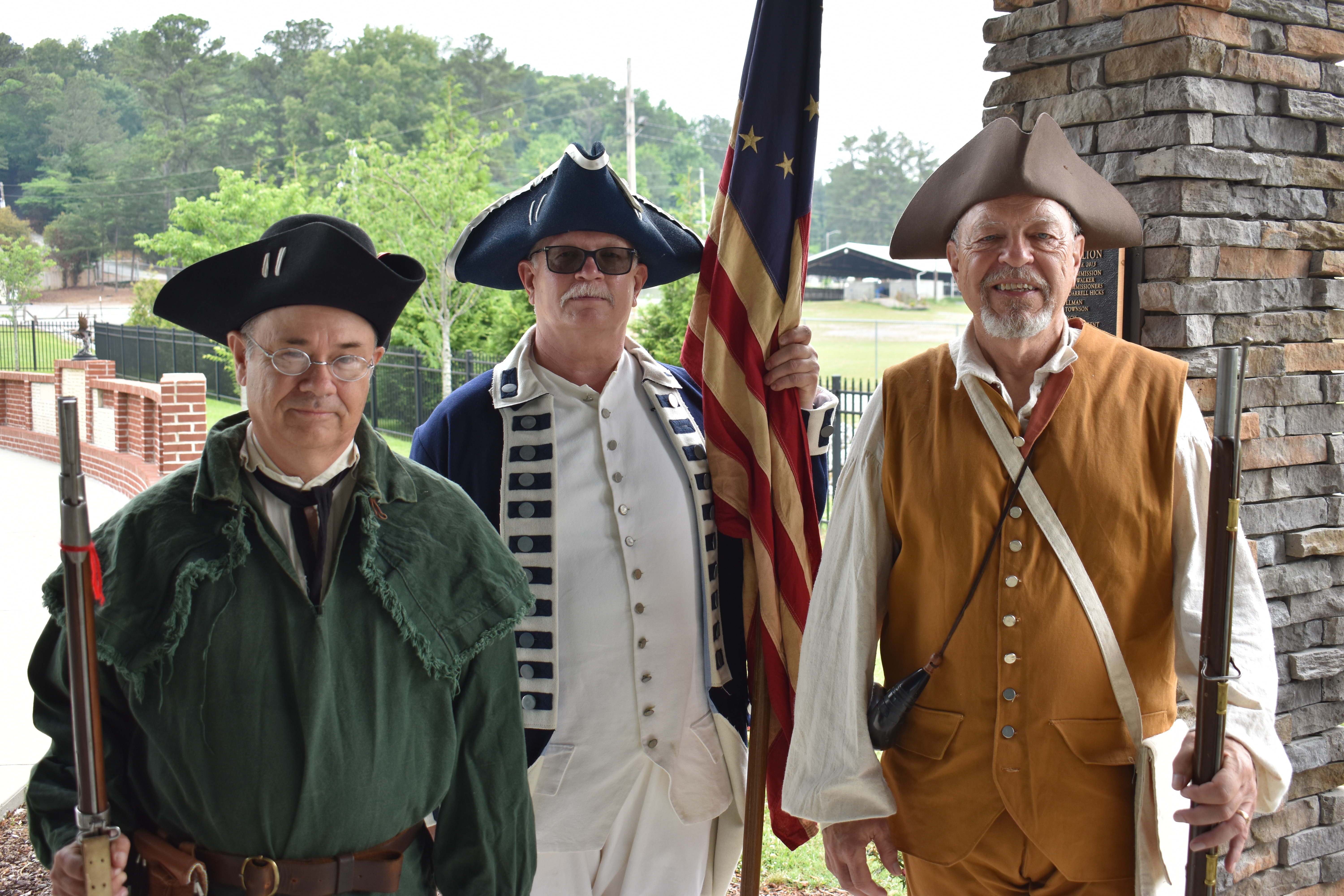 CULLMAN – On Saturday morning, Cullman area veterans and family members gathered in the pavilion at Veterans’ Memorial Park at Sportsman Lake for an early Memorial Day observance. The local posts of Veterans of Foreign Wars and the American Legion, who take turns hosting the event, usually hold it on the Saturday before Memorial Day to allow veterans to take part in parades in Birmingham and Huntsville on Monday.

In his opening remarks, Harris offered the audience a piece of advice that would be echoed by others when the floor was opened for veterans and family members to share their stories:

“If you find a veteran that wants to talk, please sit and listen.  Don’t tell your story; listen to theirs, because theirs is the important one now.  Always listen.”

When the opportunity came, the adult children and grandchildren, brothers and cousins of veterans of conflicts from World War I through Vietnam shared their families’ stories.  Veterans of Korea, Vietnam and the Middle East wars, as well as peacetime veterans, spoke of their own experiences.

In his address, Bussman told the crowd, “Memorial Day is a day that comes up on the calendar every year; end of school, everybody’s going to the lake.  I think it’s probably the most misunderstood holiday of the year. I think people sometimes forget what Memorial Day is all about. And that’s why I’m so glad we continue in Cullman to have these celebrations.”

After listing a few of the more noted battles in U.S. military history, he remarked, “In every one of those battles, we had American soldiers that were willing to serve and protect me and protect you.  They did it over in another country, so we didn’t have to deal with it here in the United States. And people don’t realize how important that is, when we have young men and young women that are willing to leave this country, go to another country that they don’t even know about, and fight to protect us here in the United States.  That’s a tremendous honor for me, to be around people like that.

Bussman encouraged the veterans, “Y’all have a tremendous story to tell.  You have a story of honor; tell it. Tell it. You have a story that the kids today need to understand, that they have been so fortunate to be in the position they’re in because there are many, many people that have suffered and died for what they’ve got.  And sometimes we forget that. Tell your story. Tell your story.”