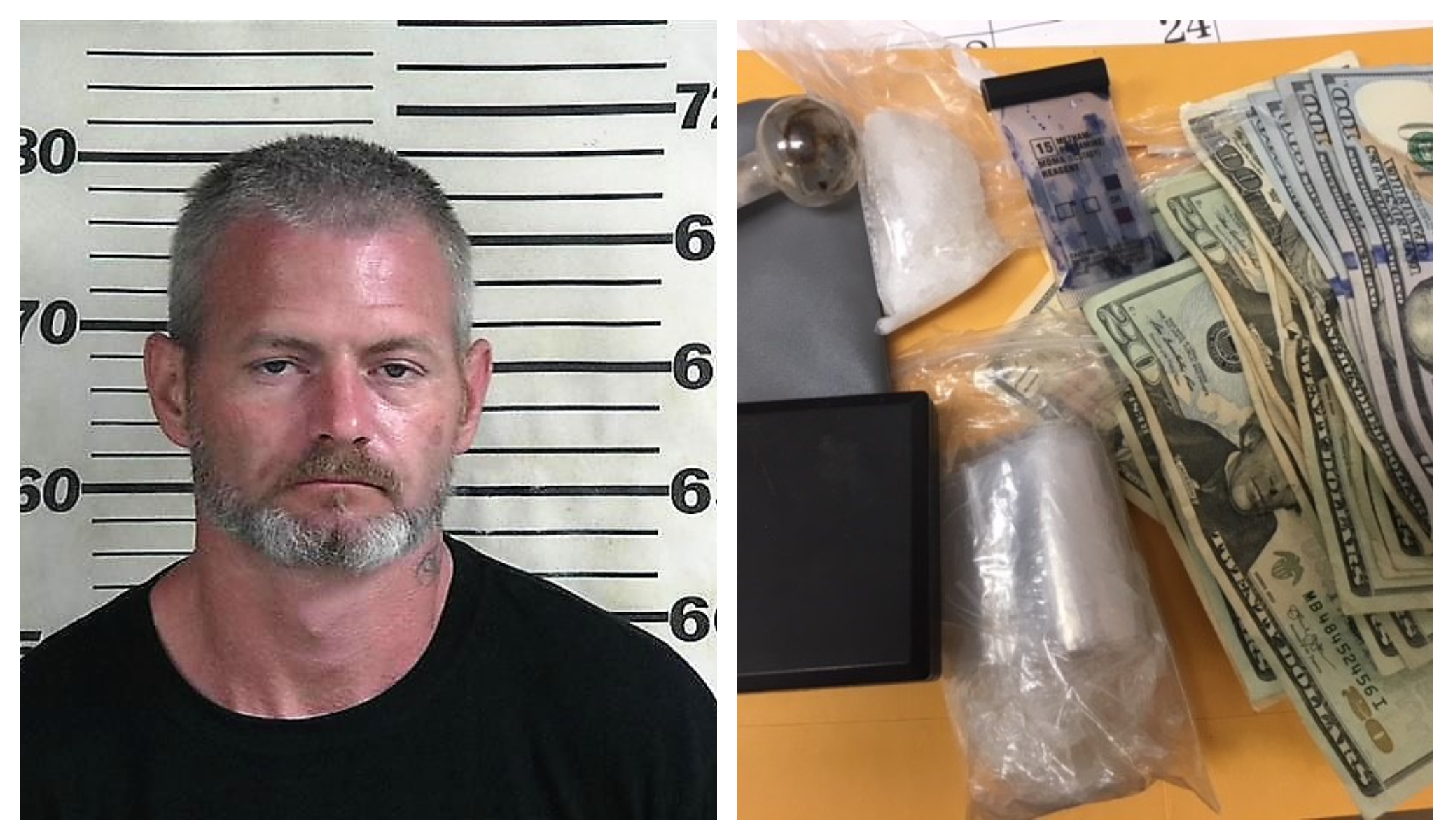 CULLMAN – A traffic stop on Tuesday resulted in a Cullman man being charged for multiple offenses, including intent to distribute methamphetamine.

The Cullman Police Department’s Crime Suppression Unit officers initiated a traffic stop on a black Harley Davidson motorcycle with an expired tag, according to the CPD, which said the driver initially pulled over, but then led officers on a very short chase that ended after the driver attempted to jump a ditch and wrecked.

The driver, David Jerry Reynolds, 37, allegedly had approximately 22 grams of methamphetamine along with drug paraphernalia items and cash.

Reynolds, who was out on bond for a trafficking in methamphetamine charge at the time of Tuesday’s arrest, was transported to the Cullman County Detention Center where he was booked in and has since made bond.