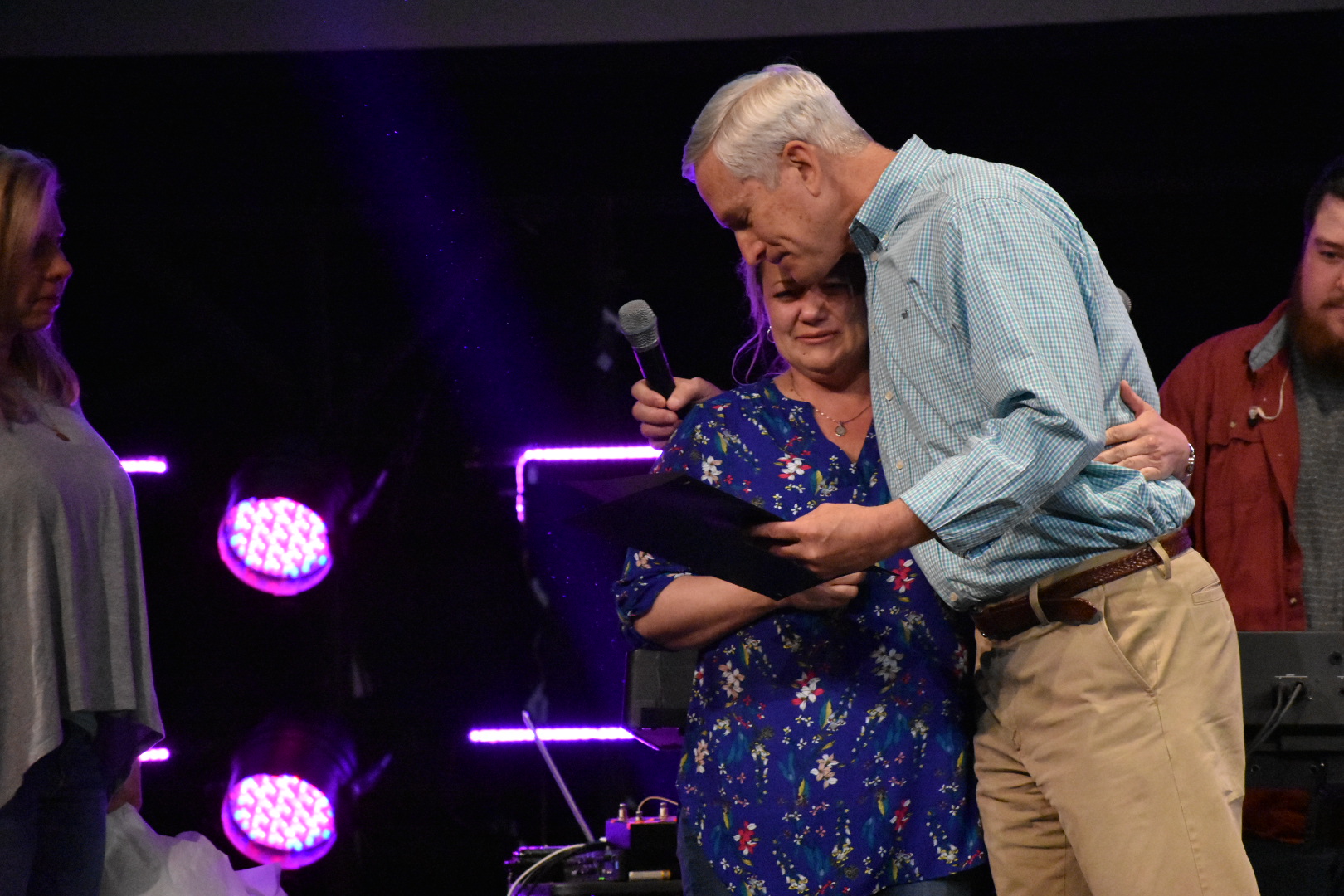 On Wednesday evening, Sen. Paul Bussman, R-Cullman, who served on one of the committees that worked on the bill, was at Daystar Church’s Good Hope campus to give Curtis Wilson’s mother Ashley Wilson copies of resolutions mourning her son's death and naming the new state DUI law the “Curtis Wilson-Stephanie Harmon Interlock Act.” (W.C. Mann for The Tribune)

CULLMAN – A new Alabama law (SB1), passed during the 2018 legislative session, increases penalties for people charged with driving under the influence (DUI), requiring the installation of ignition interlock devices in their vehicles, even if they enter a diversion program, closing a loophole in the existing interlock law. The law carries the name of Cullman DUI crash victim Curtis Wilson. Under a legislative resolution (Alabama Senate Joint Resolution 142), Act No. 2018-554 is entitled the “Curtis Wilson-Stephanie Harmon Interlock Act.”

Wilson, a student at Cullman High School, was killed when the vehicle in which he was a passenger was struck by a drunk driver on County Road 222 in May 2017 (See www.cullmantribune.com/articles/2017/05/08/community-mourns-chs-student-killed-wreck-curt-wilson-memorial-fund-established and www.cullmantribune.com/articles/2017/10/10/brad-meeks-indicted-reckless-murder-wreck-killed-chs-student-curtis-wilson).  Harmon, from Montgomery, was killed by a drunk driver in Georgiana in 2005.

The ignition interlock devices link a breathalyzer to a car’s ignition system and require a negative result before the car can be cranked.  Some states that require such systems have seen reductions in DUI arrests and DUI-related deaths of 20 percent or higher in the first year of implementation.

According to the wording of the original bill, it would “require each person approved for a pretrial diversion program to be required to have an ignition interlock device installed for a certain period of time; . . . (and) provide that a person convicted of a third offense would be authorized or required to obtain an ignition interlock device after the completion of his or her incarceration.”

Bussman, who, along with his wife Holly, is an elder at the church, told the congregation, “We tried to pass this bill for eight years, but we couldn’t get it passed because there was one or two senators that did not want it passed. The only reason it passed this time was Curtis Wilson. I was able to look those senators in the eye, and tell them, ‘You need to stop.’

After the service, Ashley Wilson spoke to The Tribune.

“Blown away.  I had no idea.  And extremely honored, yes.  I am actually speechless. I don’t know what to say, because I am just blown away by this.  And to think that Curt’s death is going to help prevent any family from going through this . . . I’m thankful that something good’s coming out of it.”

We made Wilson smile when we asked how Curt’s Closet is doing.

“It’s going amazing!  It is! God is blessing it left and right.  It’s amazing what’s going on there.”

Wilson shared that the clothing and accessory charity served 40 kids in March, and 17 so far in April.  Prom season was a special time, as numerous local donors sent dresses to Curt’s Closet to be given away.

“I’ve had some girls come in and pick out prom dresses, and leave with a huge smile on their face, and ready for that special night in a beautiful prom dress that someone has donated to Curt’s Closet.  And they’re able to leave there with a free dress.”

Wilson reported to us that Curt’s Closet is currently short on backpacks.  Packs or other donations can be dropped off at numerous locations around town, including:

Items can also be dropped off at Curt’s Closet on Thursdays and Fridays.