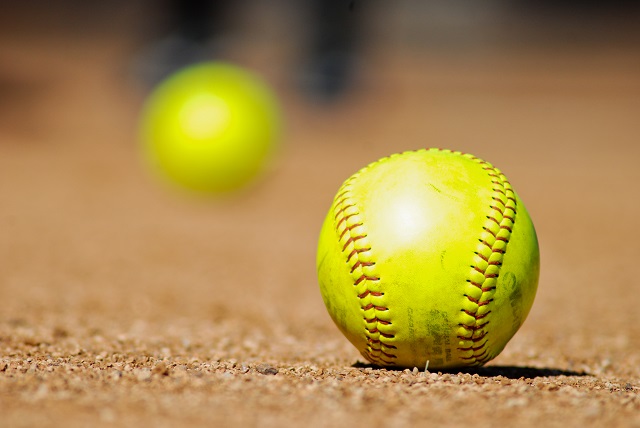 Cold Springs got another pitching gem from Drew Sanders and continuing to build some momentum going into its area tournament, rolling past Shades Valley, 11-1, after six innings on Wednesday.

Hayden Goodwin led off the bottom of the first for the Lady Eagles with a walk, then Crimson Gann lined a two-run homer over the center-field fence to give Cold Springs an early 2-0 lead.

Shades Valley hit an RBI single in the top of the third to cut the lead to one at 2-1, but it was all Cold Springs after that. Gann led off the home half of the third inning with a walk, then Sanders reached on an error by the shortstop and advanced to second on the play. Kyla Aaron, who came in for Gann, got caught in a rundown between second and third and got tagged out. Anna Katherine Voce then hit a two-run home run over the center-field fence to make it a 4-1 advantage for the Lady Eagles.

In the bottom of the fifth, three straight one-out singles by Gann, Sanders and Voce loaded the bases for Victoria Freeman, who hit an RBI groundout to make it 5-1. After Kylon Hamby drew a walk to load the bases, Emily Williams promptly unloaded them with a three-run triple to left field to increase the lead to 8-1.

Goodwin added an RBI single in the bottom of the sixth, Sanders hit an RBI double and she later scored on an error by the shortstop to end the game.

West Point and Holly Pond were in a stalemate after the first three innings Wednesday, but the Lady Warriors took over after that, pulling away late to take the game.

West Point struck first in the opening inning. Gracie Abbott drew a lead-off walk, then a strikeout later, Olivia Ball grounded out into a fielder's choice and Abbott advanced to second on the play; during the play, an error by second baseman Kalliann Perkins allowed Abbott to score to put the Lady Warriors on the scoreboard. The Lady Warriors' Carlie Wilkins and the Lady Broncos' Gracie Bryan each pitched a scoreless second, but the offenses came alive for both teams in the next inning.

Avery McClure led off the West Point third with a single to center field, then a sacrifice bunt by Abbott moved her over to second. Molly Pendley then got hit by the pitch; one out later, Makayla Brown hit an RBI single to left field to make it 2-0, then an error by third baseman Katie Burnham moved Pendley to third and Brown to second with two outs. Hope Shedd made it 4-0 with a two-run double to right field.

The Lady Broncos countered in their half. Lexi White and Burnham led off the inning with back-to-back singles, then after Kaylee Stallings lined out for out number one, Kolby Holcombe hit a three-run homer over the center-field fence to make it a 4-3 game. Perkins and Maddie Heatherly then hit consecutive singles and Madyson Rickmon tied the game at four with an RBI double.

But it was all West Point after that point. After a scoreless fourth inning by both squads, the Lady Warriors struck in the fifth. Pendley and Ball hit back-to-back singles to lead off the inning and Brown hit an RBI double to left field to give West Point a 5-4 lead, then Shedd hit a sacrifice fly and Sydney Sellers added a two-run single to make it 8-4. Ball hit a two-run homer in the sixth inning to stretch the lead to 10-4. The Lady Broncos looked to get back in the game, as Burnham scored on an error by Brown at first base to make it a 10-5 game, but that's the closest they got, as the Lady Warriors went on to win the game.

Shedd finished with a hit and three RBIs for West Point. Ball (two hits) and Brown (three hits) each finished with two RBIs and scored two runs. Sellers collected two hits and two RBIs. McClure and Braelee Quinn each added two hits and scored a run. Abbott (two runs scored), Pendley (two runs scored) and Wilkins each chipped in with a hit. The Lady Warriors improve to 11-16-2 overall and will face off against Jasper on Thursday in their final home game of the regular season.

Holcombe finished with three hits, three RBIs and a run scored for Holly Pond. Rickmon added a hit and an RBI. Burnham added three hits and scored two runs. Heatherly and White each chipped in with two hits. Perkins (one run scored) and Stallings each collected a hit in the game. They will take on J.B. Pennington next Tuesday in the first round of the area tournament at Locust Fork.

Fairview couldn't get its offense going and wound up falling to Douglas on the road.

Douglas put up seven runs in the second, one in the third and two in the fourth.

Devan Fulmer and Selena Lacy got the only two hits of the game for the Lady Aggies, who are now 9-15 overall and will take on Vinemont at home on Friday in their final regular season home game.

‘No mountain is too tall to climb’: Andrew Lynn looks back on his West Point years