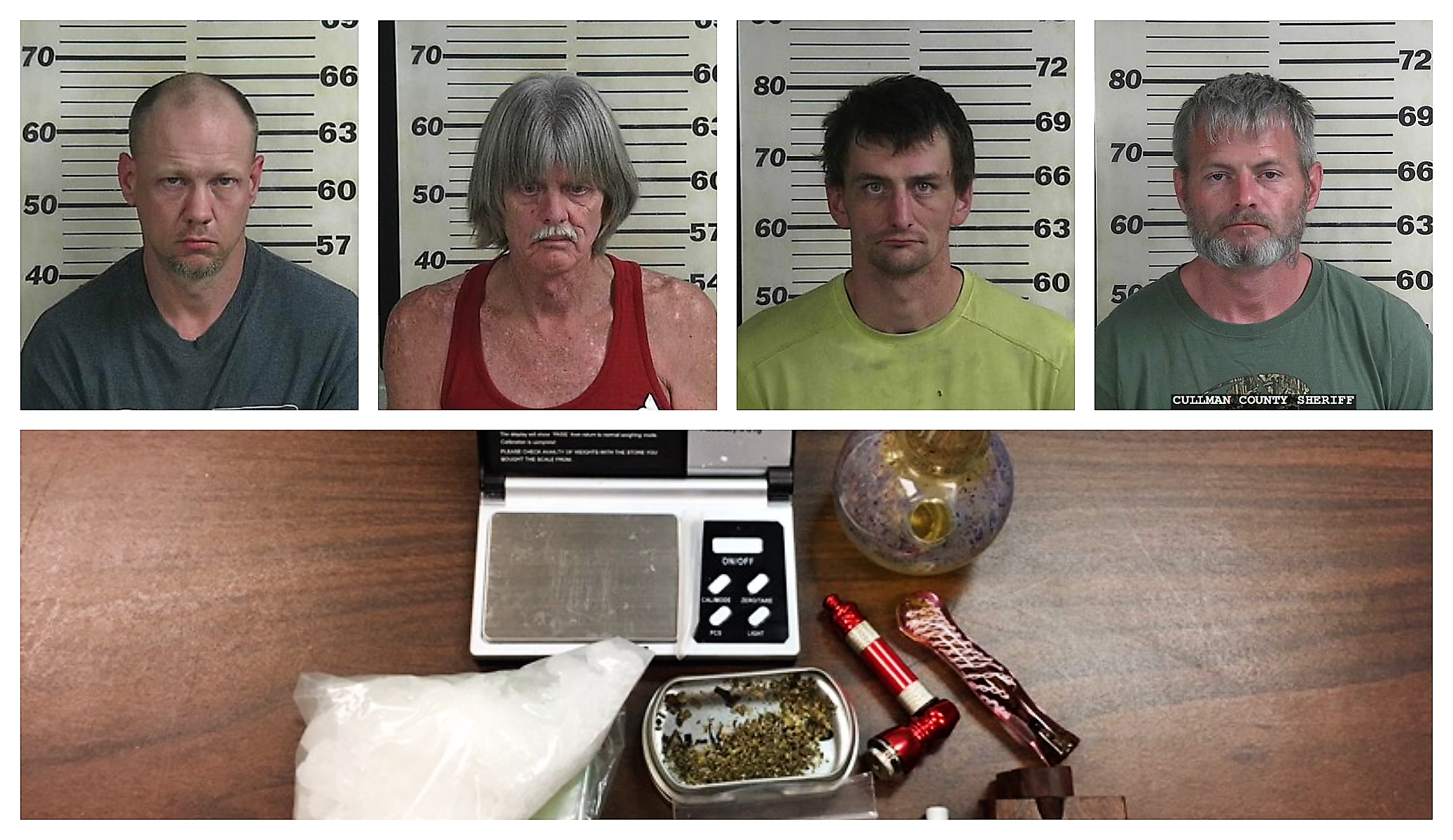 The Cullman Narcotics Enforcement Team (CNET) executed a search warrant at a residence on County Road 604 in the community of White City, where agents allegedly discovered marijuana, drug paraphernalia and approximately 4 ounces of meth.

“This case is a great example of being vigilant and working together as a team.  Anytime you can seize this much methamphetamine you know it’s keeping it out of the hands of our children,” said Cullman County Sheriff Matt Gentry. “I want to thank the investigators and deputies for their hard work in this case.”