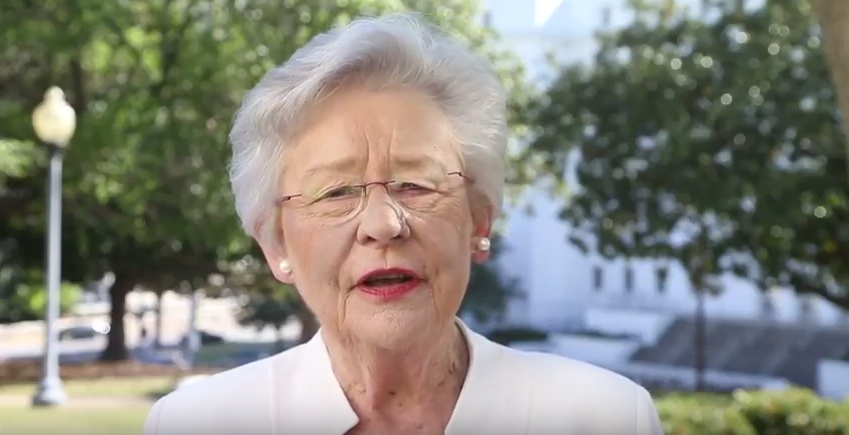 April 10, 2018, marks one year since I unexpectedly became governor. With only three hours’ notice I was called on to lead.

The tasks at hand were plentiful.

We had to restore integrity to state government. Relationships with legislators and community leaders across the state had to be repaired. Priorities needed to be reexamined and progress had to be achieved.

Most of all, the people of Alabama needed a reason to believe in, and trust, their leaders again.

Since I took the oath of office, I quickly learned a year isn’t a very long time, and there aren’t always enough hours in a day. Yet, with your help, and some determination, things in Alabama are a lot different today than they were one year ago.

Unemployment is the lowest in history and more Alabamians are working today than ever before.

We’ve brought transparency to government by banning lobbyists from appointments by the executive branch, and we’ve worked closely with the Legislature to bring about conservative policies. We’ve prioritized improving education, passed the largest education budget in a decade and gave education employees a much-deserved raise.

More troopers are patrolling our roads; important highway construction projects are under way, and we are providing more funding for our troubled prison system. Good government can’t happen without good state employees, and I’m proud the Legislature and I have given them their first cost of living raise in a decade.

We’ve done all of this without raising taxes on the people of Alabama. In fact, we’ve cut taxes by an estimated $40 million over the next 10 years.

As a child, I remember my pastor in my home town of Camden, talk about the need for a vision. He cited Proverbs 29:18, which reminds us that human prosperity requires a plan. For me, that plan is simple: first, follow God and second, do all I can to improve the lives of others.

We must be intentional and use innovative ideas, so that we will positively impact the lives of all Alabamians.

As governor, I’ve spent a large part of my time focused on education. That won’t stop.

I have a plan to ensure every third grader is proficient in reading by 2022. By that same year, we will give our 21st century students a 21st century education by providing at least one computer science course in every Alabama high school. To continue attracting top companies to Alabama, we will work toward increasing the number of Alabamians who hold a post-secondary degree, certificate or credential.

We’ll reform our antiquated budget system to ensure that taxpayer dollars are being spent wisely.

We have not been served well by earmarking 92 percent of all dollars coming to the state before they are collected. We need flexibility to set spending priorities yearly, so we can make the biggest impact possible while being good stewards of our resources. Alabama cannot continue operating the way we have in regard to our budgets and spending priorities.

From my first day in office, I have been committed to honesty and integrity in government. We will continue that by reforming the way our Ethics Commission operates.

Two individuals, who have been removed from office in the last few years, found themselves before the same members of the Ethics Commission that they had appointed to serve. This is problematic, and I propose we remove appointing power to the Ethics Commission from the governor, lieutenant governor and speaker of the House, instead allowing the judicial branch to make the appointments. This will remove politics from our Ethics Commission. The message is clear; we cannot continue with business as usual.

This past year has been a busy one, and the next will be as well. I don’t know what the future holds, but I do know this – being your governor is the highest honor of my life.

Thank you for allowing me to serve you and for joining me on this journey as we continue to make Alabama an even better place to call home.

Kay Ellen Ivey is the 54th Governor of Alabama. She was sworn in on April 10, 2017, becoming only the second woman, and the first Republican woman, to serve as governor. At the time of taking office, Governor Ivey was serving in her second term as lieutenant governor.