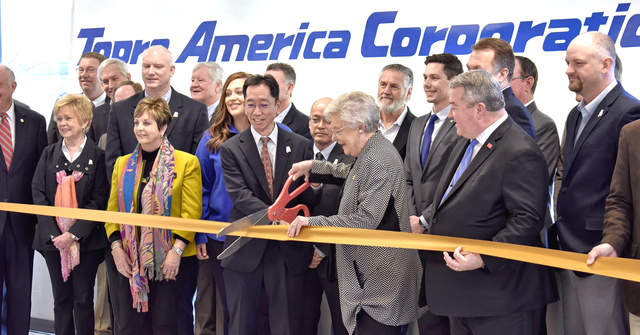 Since the rankings started in 2001, Cullman has been ranked a top 20 micropolitan 13 times. The Site Selection Magazine rankings are based on the number of projects that meet certain criteria. Cullman had nine qualifying projects in 2017.

Qualifying projects must meet one of the following requirements:

“Five out of 550 communities this size is remarkable,” said Cullman Economic Development Agency Director (CEDA) Dale Greer. “I think it’s a real positive statement about what we’re doing in our community.”

“Climbing the rankings so quickly indicates that our community is making great strides in providing (a) stronger economic base, a consistent economy that is healthier for business growth, and a higher standard of living for our citizens,” said Stanley Kennedy of CEDA. “Being a top 150 micropolitan indicates that our citizens have access to more opportunities and a better quality of life that nearly 80 percent of similar sized communities. These strides are made by bringing higher paying jobs, providing quality community services, and giving high quality community support to all types of local businesses.”

According to Kennedy, “POLICOM rankings are more than just a project count. POLICOM addresses the condition of an economy from the viewpoint of its impact upon the “standard of living” of the people who live and work in an area. POLICOM takes into account all economic growth including retail, government, construction, medical, and agriculture. Small business success is counted. POLICOM also considers the wages Cullman workers make compared to other micropolitans. Lastly, POLICOM considers negative economic factors such as amount of money spent and people on welfare and other government assistance, which reflects poor economic growth. The combining of these three factors and measuring how consistently the economy has grown over a 10-year average is how the rankings are determined.”