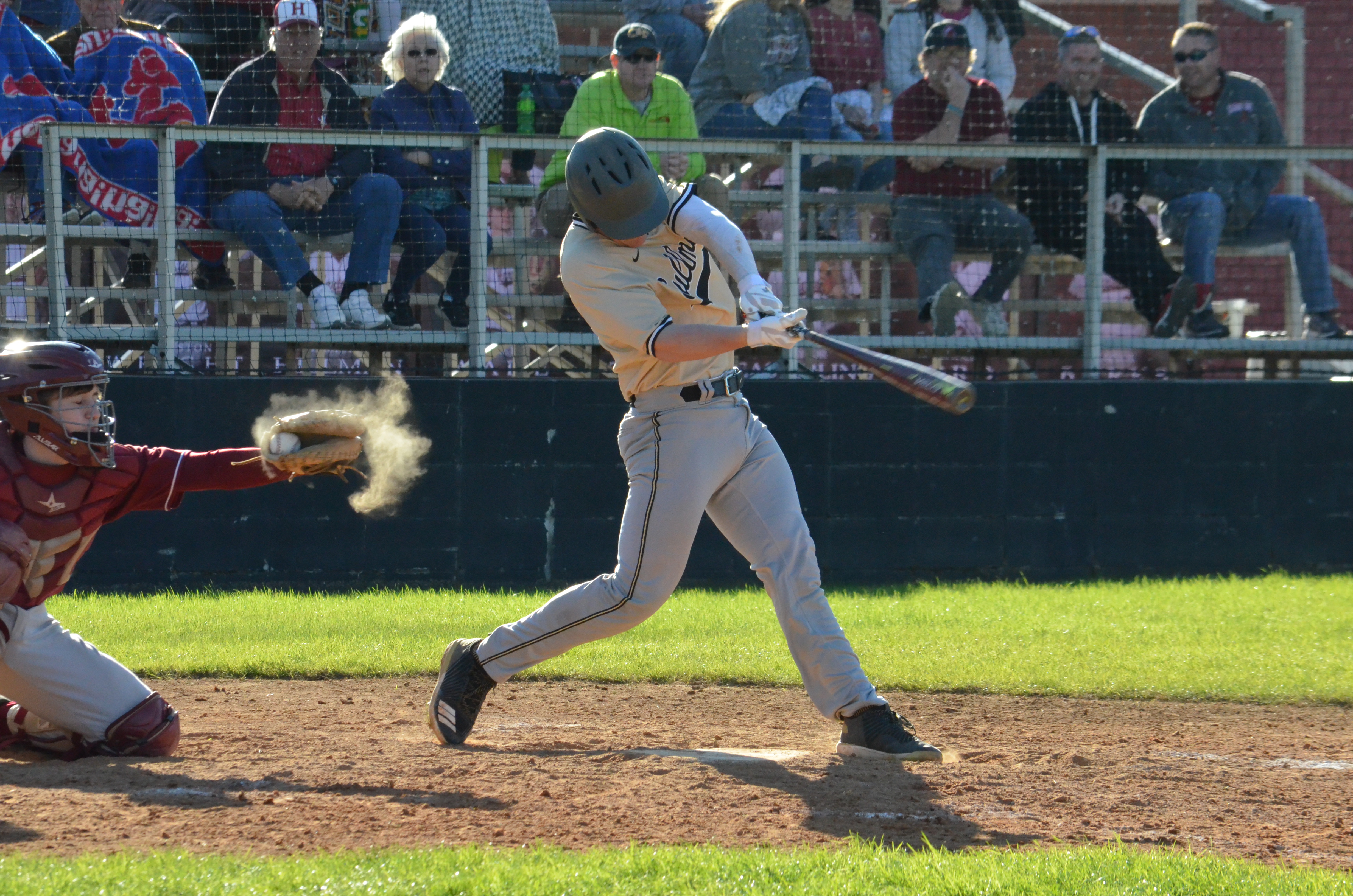 A swing and a miss during Saturday's Cullman at Hartselle game. / Nick Griffin

HARTSELLE – The Cullman Bearcats suffered a tough loss on the road against the Hartselle Tigers Saturday afternoon. The ‘Cats got out to a 1-0 lead in the top of the first on an RBI single from Grayson Taylor, but it was all Tigers from that point on.

Hartselle quickly tied the game with a score from third on a wild pitch and took a 2-1 lead later in the inning on a single into right field. Bearcats’ starter Michael Myers went more than 40 pitches in the half inning and did not return after walking three and giving up the two runs to the Tigers.

After scoring in the first, Cullman’s bats were kept quiet until the seventh. The ‘Cats’ lineup struck out a combined 12 times in the game and came up with just two hits, both of which came from Taylor. The Tigers took a commanding lead in the bottom of the fourth when they scored four runs to stretch their lead to 6-1. Cullman sent four more arms out to the mound after Myers, with Braxton Jones, Seth Gable, Tyler Nunnelley and Mason Davis all recording at least an inning.

The Tigers added two more runs in the bottom of the sixth on a double into left field that put them up comfortably 8-1 with three outs remaining for Cullman.

The Bearcats got on the board one more time when Peyton Colvard got home on a wild pitch in the top of the seventh, but it was too little too late as the ‘Cats fell 8-2 in a disappointing performance that could pay dividends down the road in 2018.

The loss puts the Bearcats at 2-2 at this early point in the season; they will look to regroup and get their bats going when they travel to Helena on March 6.