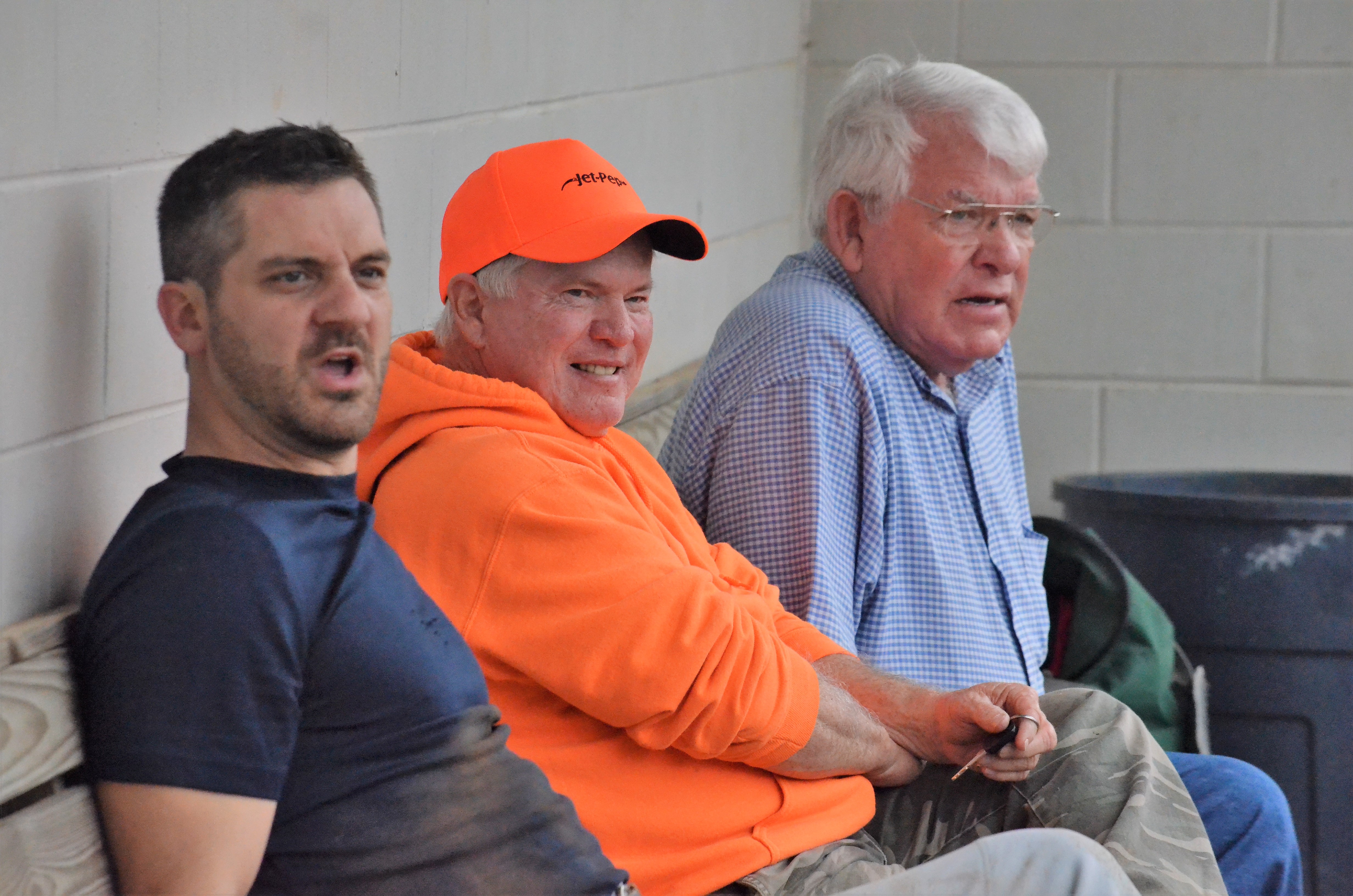 VINEMONT – Vinemont High School’s Mike Cupp Field managed to dodge Saturday’s wet weather long enough for several generations of Eagles baseball player to duke it out in their alumni game. The teams were divided by age, with the 25 and younger group taking on the 26 and older unit. The older squad was able to take down the young group for a 9-7 win, but the purpose of the game wasn’t to decide a winner as much as it was to get people together for a fun afternoon and reminisce about the “good ole days” together on the diamond.

The man that most of the older group played for, and that the field is named after, Coach Mike Cupp, was in attendance. Cupp said the most fun part of the day for him was reuniting with some of his old players and getting a chance to see them back in action.

“It’s a lot of fun; it’s about as good as it gets because after you leave you don’t get to see people you used to see often like Charles (Jennings). I used to see Charles every week and now it’s about every year maybe,” Coach Cupp said. “I coached Charles’ boys, most all of these kids I coached except for the real young ones, and if you watch them you can see why we were pretty good because they can still play. I’m not surprised, some of these kids were really good players.”

The plan is to make the alumni game an annual event from now on and Coach Cupp is excited to be part of it and plans to attend as many as possible.

“I’m going to come as long as I can; it’s a good event. Otherwise I won’t get to see these people,” said Cupp. “A lot of times you just get lucky; well I was lucky to be here a lot of years and have good kids and great parents. This was a great place to be.”

Admission was free for fans, friends, family and anyone else who wanted to attend, but donations were accepted for the Eagles Baseball program.

A big part of the event was just sharing the love of baseball in the Vinemont community.

Current Eagles coach Matt Collins shared, “There’s a lot of history here at Vinemont. I got Coach Cupp sitting right here next to me, and the field’s named after him, so we’re just trying to promote the program in a positive manner.”

Said Collins, “I know a lot of the guys out here and there are some I don’t know, but there’s kind of an instant connection because we all played on this field and most of us played for Coach Cupp, so it’s just good to give them an opportunity to get out here and play.”