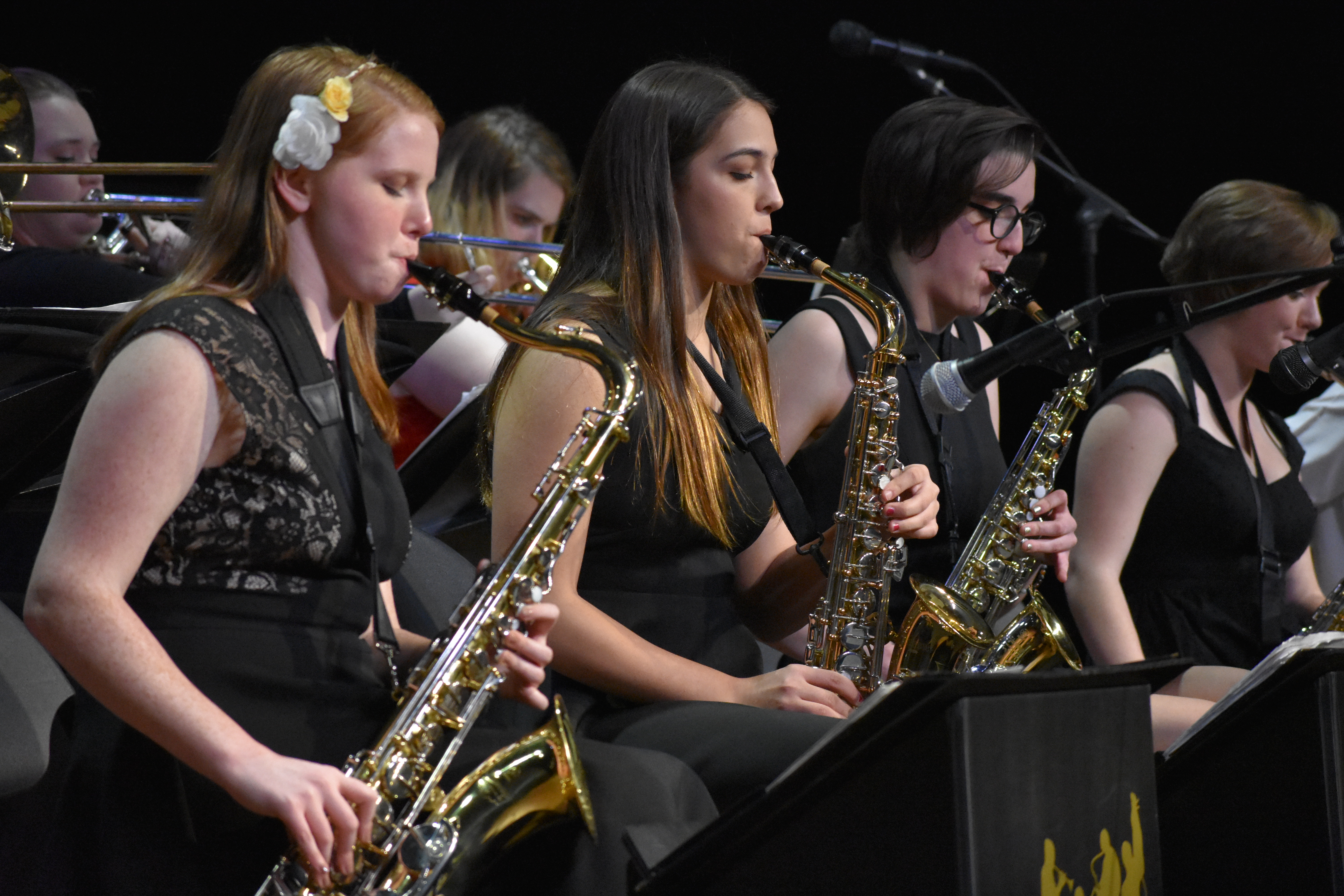 CULLMAN – On Friday evening, the Cullman High School Jazz Band played on at the 22nd annual Big Band Dance.  Plenty of CHS students packed the Cullman Civic Center for the event, but dancers and music fans of all ages and from all over the community turned out, in a crowd that numbered in the hundreds.

The Tribune caught up with CHS Band Boosters President Mary Hovater early in the evening, and she shared, “It’s our 22nd Big Band Dance; we’ve been doing it 22 years.  Looks like we’ve got a big crowd; looks like probably almost 200 already and maybe just a little bit more than that, from the eyeball count.  A lot of young people, and a lot of older people are here, so a good mix from the community is here again this year, so that’s great!

“It’s really nice.  The kids want to make sure this is a community event, not a school event, even though there’s a lot of school kids here.  This is their opportunity also to give back to the community, so it’s kind of nice that they open it up.

“And the band sounds great! . . . This is their only fundraiser, and it’s grown every year.  That sound! I guess the kids are starting to like it more and more, so they all come.  It’s nice to have something that the young ones and the older ones all enjoy the same kind of music, which is kind of unusual.”

Hovater explained that the proceeds from this year’s Big Band Dance will go toward the purchase of new jazz band music and equipment, and the maintenance of instruments.

The band was led by CHS Director of Bands Christopher Smith, who spoke to The Tribune about what his students are doing:

“I’m really excited about the Cullman band program!  It’s more than just marching band.  That’s the one that everybody in the public sees the most, but we have lots of other ensembles that we have throughout the year.

“This is one of them.  The Cullman Jazz Band plays at community events, of course this–the Big Band Dance, Christmas and spring concert.  We’re even going to Atlanta in May to play at Six Flags.  We also have a symphonic band and a concert band.  They’re going to a state contest just four weeks from now.

“So we really have a vibrant and diverse program that we hope a lot of kids get involved with- not just at the high school level, but our beginning band in the sixth grade, all the way through our middle school, all the way to senior year in high school!”