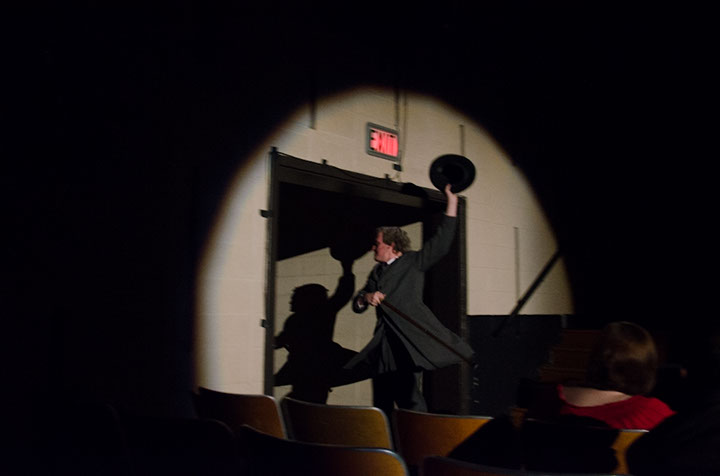 HANCEVILLE – Game three of the 2018 Cullman County Basketball Tournament’s Championship Saturday saw the top-seeded JV Holly Pond Broncos against the second-seeded JV West Point Warriors. The Broncos bested the Warriors by just one point, 44-43. It all came to do an amazing final quarter.

The Broncos forced the Warriors into four turnovers early on, but could only muster a three by Isaac Ludwig. Tyler White hit one for West Point to get the Warriors on the scoreboard. It was a battle of early momentum in the period. Six quick points by Holly Pond after the White three gave the Broncos a 9-3 advantage, but the Warriors battled back to take a 10-9 lead on a layup by Will Cochran. Ludwig nailed a trey before the buzzer to give the Broncos the lead right back at 12-10 after one.

A 5-2 Warrior run gave them a 15-14 lead to start off the second period in what was one of three lead changes in the quarter. The last one came for the Warriors as well when Cochran scored five straight to take a 20-19 lead at the half.

Holly Pond jumped on West Point to start off the second half, as a 9-2 start to the third quarter, which started on a Parker Sellers layup, and ended with back-to-back layups by Tyler Ring and Gabe Fortner off of back-to-back Warrior turnovers, gave the Broncos a 28-22 lead. But they couldn't shake West Point, as Kobe Bowers and Cochran scored the final six Warrior points to finish on a 6-2 run to make it a 30-28 game after three, setting up for what was a frantic final period.

Cochran gave the Warriors a 31-30 lead on a banked-in three from the right wing to start off the fourth. The Broncos, though, started on a 10-2 run, which saw them force three Warrior turnovers, turning their one-point deficit into a 40-33 lead. After West Point cut it to 40-37 on a pair of layups by Cochran and White.

Things then got really interesting after that.

After Tucker Gambrill hit a layup, he got a technical on the play, then he converted the 3-point play to make it a 43-37 game. White hit the technical free throws, then a three later on, to make it a 43-42 game. After Holly Pond went 1-of-2 from the line, later on, with two seconds left, White got fouled attempting a three, but he only made 1-of-3 from the line, and the Broncos hung on to win, 44-43, to take the JV Boys title.