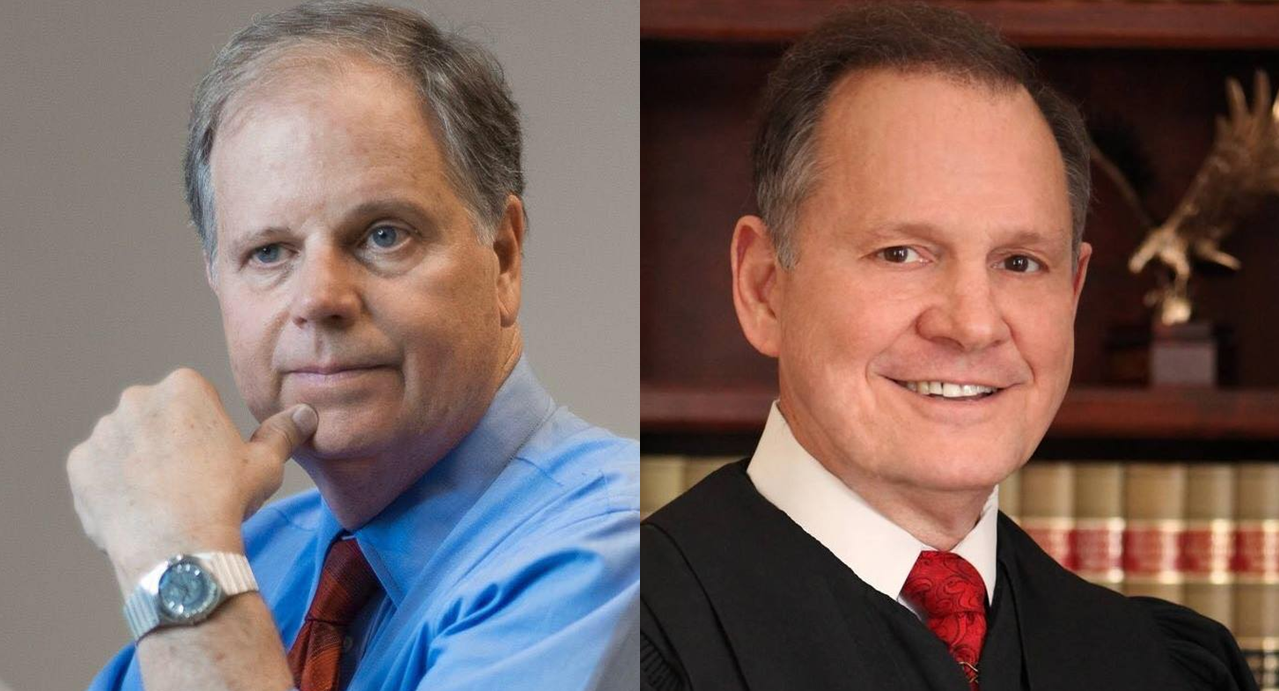 CULLMAN – With the special U.S. Senate election coming up fast (voters head to the polls Dec. 12), The Tribune contacted the local offices of both major parties for statements on the controversy surrounding Republican candidate Roy Moore, who has been accused by nine women of sexual misconduct.  County Democrats chose not to engage in the controversy, issuing a simple statement supporting their candidate, Doug Jones; the Republican chairman chose to talk through the complex issue his party faces.

Cullman County Republican Party (CCRP) Chairman Waid Harbison continued to voice support for the embattled former judge based on the rule that the accused is considered innocent until proven guilty.  He expressed skepticism about the accusations but was emphatic that, should those claims be proven, Moore must go.  In the meantime, he maintained, Alabama’s Republicans need to make sure they maintain their party’s control of the contested Senate seat.

The big IF: If Moore really did it

Harbison said, “You know, this is what I’ve said all along, and I think everybody will agree with this: there’s nothing right about the things that he’s done.  If he’s truly done those things, then I would say he needs to step down.

“The national media has blown this up and made it sound like, if you’re supporting Roy Moore, you’re supporting a child molester, all of his actions, and everything like that.  That’s not necessarily true, at all, because we’re not condoning any of those actions or saying they’re okay, but they are just allegations at this point, and there’s just not enough proof or evidence, really.  And I know there’s a bunch of stories and everything like that, but a lot of them are being discredited now.

“The Cullman County Republican Party, we’re going to 100 percent stand behind him.  The state party did the same thing.  I’m a member of the state executive committee and, basically, the steering committee for the state talked about it.  And there (were) a few people on that committee that wanted to replace him with somebody else on the ticket, but they polled all of the county parties, and of course Cullman County said we want to support Roy Moore.

“A couple of reasons why: to me, the people voted in the primary, so I think it would be wrong and really cut us off from our base of people, because they voted for him in a primary.  He won fair and square.  A lot of money was spent in that primary, a lot went into that.  It’s been a whole year for the election.  It cost a lot of money to have that special election.  The people have voted; they’ve decided, and I think we have to stand by what they’ve said.

“And the other thing I think about this, too, is Mitch McConnell and the people in Washington are trying to tell us–I feel–in Alabama how to vote.  I think the people of Alabama are smart enough to make their own decision about this, and if they think that these things are really true, then they’re probably not going to vote for Roy Moore.

“But as more things are unravelling, as more things are coming out, I think it’s looking more and more like a lot of these things are not true.  A lot of them are probably set up, and I don’t know exactly where they come from, but the state party basically decided to back Roy Moore, and I’m glad that they did that, because the Cullman County Republican Party–our stance when they called us–we basically said we want to support him, because the people voted for him in the primary and we don’t want to go against the will of the people.

“If we can investigate this and find out after the election, and we send Roy Moore up there; there’s a chance we could ask him to step down or resign, and put another Republican in that seat.  Whereas, if Doug Jones is elected and goes up there, unfortunately we’re not going to be able to do that.

“I think people need to step back and realize how important that is, because even if Doug Jones is in this position for another couple of years before we have another election, that could be detrimental, especially with the Senate as tight as it is right now, because you have 52 Republicans and 48 Democrats.  The problem is there’s about three or four Republicans that have stood in the way of a lot of Republican legislation that Donald Trump’s trying to pass.  So we haven’t repealed health care, we haven’t done anything with the border wall, or anything like that.

“The people of Alabama just voted for (Trump), and they want his principles, his package, what he was selling, what he was doing.  They want the border wall.  They want health care repealed, and the Senate hasn’t been able to do that.  So if we send one more Democrat to the Senate for Alabama, you’re talking about an even narrower gap.

“From the Cullman County Republican Party, we just want people to think about what the candidates stand for, what are they going to go up there and actually represent and vote for, and how are they going to do that right now.  Again, we’re not condoning any actions of anything Roy Moore’s done.  If any of that’s true, it’s wrong, it’s bad, it’s not good, and we don’t want it.

“I’ve heard other county party chairmen on the news media say things like ‘We don’t care; it doesn’t matter.’  It does matter.  It’s not okay, because he’s lived a life like an upstanding Christian.  So I think that negates everything he’s done for 40 years in public office, if he’s done all these things in the past and he’s had all these ties to these people.  I really don’t think that they’re true, but if there’s any truth to them, I think that he would need to step down, for sure.  But at this point in time the Cullman County Republican Party’s a hundred percent behind him.”

The Cullman GOP took things a step further on Friday, when its executive committee voted in a resolution to officially endorse Moore. (See bottom of story)

The Cullman County Democrats issued the following statement to The Tribune last week:

“We have no comment regarding the allegations made toward Roy Moore but will say that we stand firm in our belief that Roy Moore is not qualified for the office of U.S. Senate based on platform issues made long before any allegations were brought to light.

“We are focused on getting out the vote: organize, vote, win. Today, November 27, 2017, is the last day to register to vote in the special election December 12, 2017. We encourage those that are not registered to do so today.

“As you choose your candidates, we ask that you look for qualities that represent us as a whole such as honor, integrity, civility.  We see these qualities in Doug Jones.

“If you are concerned about the future of your healthcare, fair coverage policies, non-biased coverage, and maintaining rural hospitals, VOTE Doug Jones.

“If you are a concerned taxpayer, VOTE Doug Jones.

“If you are concerned about your right to vote, the right to earn a living wage, justice for all, not just the privileged few, VOTE for Doug Jones.

“We have an opportunity to elect a good man to represent Alabama in the U.S. Senate. Volunteer!  Let’s not lose this one for the sake of our citizens, our state and our nation.  Elect Doug Jones for U.S. Senate on December 12, 2017.”

Moore and Jones will face off on Dec. 12 in the special election to fill the remainder of U.S. Attorney Gen. Jeff Sessions' Senate term. Sen. Luther Strange was appointed to the seat in February by former Alabama Gov. Robert Bentley, after Sessions was appointed to his current position by U.S. President Trump. Moore defeated Strange in the special election primary runoff in September.

Former Alabama Supreme Court Chief Justice Moore, who is known nationally as the “10 Commandments Judge,” was removed from office twice, once for refusing to remove a 10 Commandments monument from the state’s Judicial Building (2003) and once for advising probate judges to ignore the U.S. Supreme Court’s order supporting same-sex marriage (2016). Moore beat Strange handily, by 20 percent, in September’s run-off election.

Jones is a lawyer and former U.S. attorney, based in Jefferson County.  An advocate for education, healthcare and LGBTQ rights, he is best known for his successful 2001 prosecution of two perpetrators of the 1963 16th Street Baptist Church bombing in Birmingham.