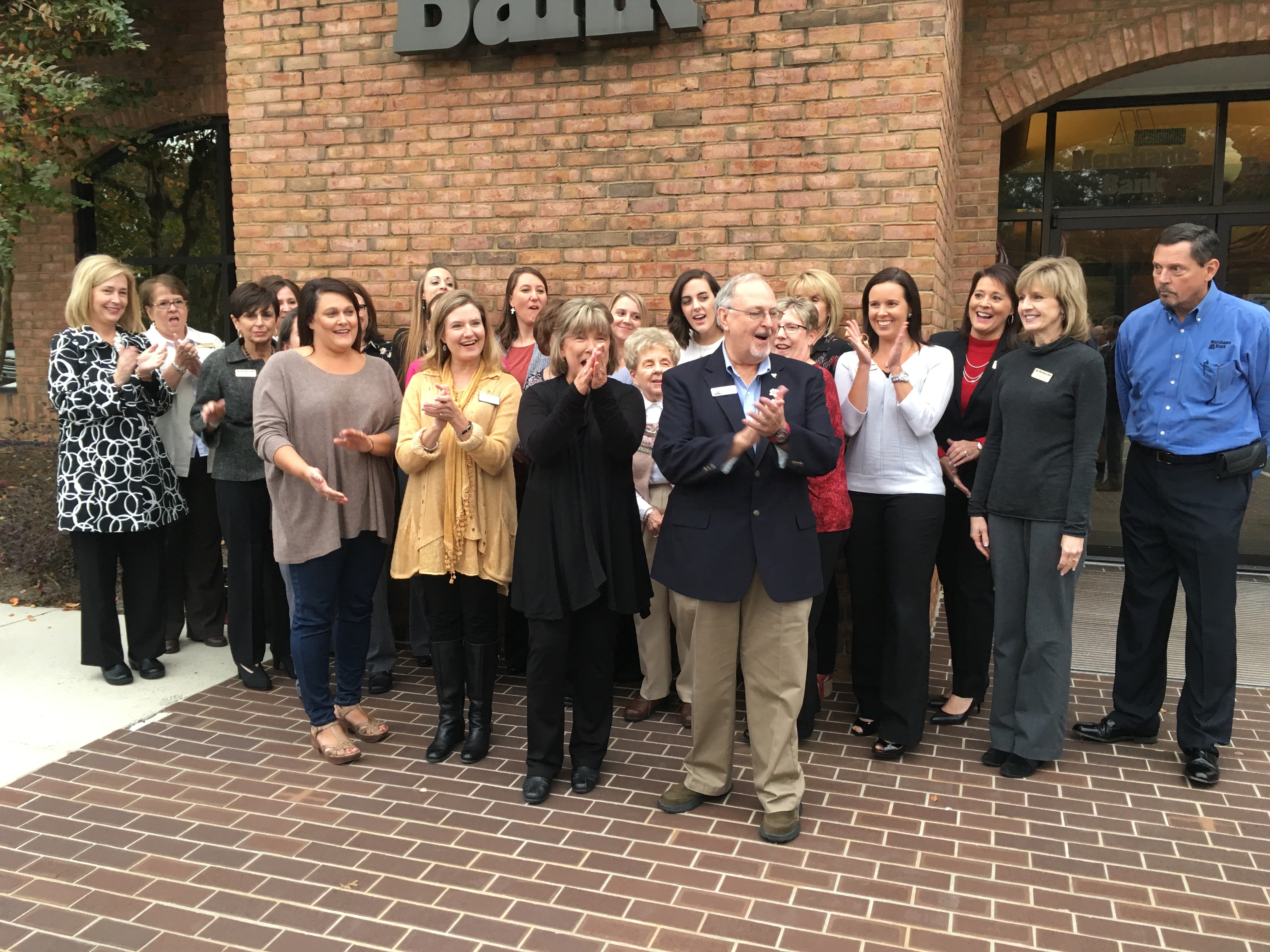 Local nonprofit representatives, who were not told the amounts they were receiving beforehand, react when their checks are revealed. / W.C. Mann

CULLMAN – On Wednesday afternoon, Merchants Bank donated proceeds from its 2017 Charity Golf Classic, held on Sept. 25.  Nonprofits Cullman Caring for Kids, Hospice of Cullman County and the Good Samaritan Health Clinic each received $7,000.  An undisclosed amount was also given to the Boys and Girls Ranches of Alabama.

The golf tournament began as a fundraiser for the Boys and Girls Ranches 24 years ago, and the bank decided a few years ago to include the three local charities in its funding drive.

Bank Executive Vice President Clark Rainwater said, “We still donate money to (Boys and Girls Ranches) because it’s a great statewide organization that we still help.  Being a local bank, we kind of changed our focus somewhat, to not only help them, but to help the local charities.  Just being good community-minded stewards, being a community bank, and trying to help the local citizens of Cullman County.”

The 24th annual Charity Golf Classic was to have been held in August, but had to be rescheduled due to bad weather.  That change did not greatly affect participation, according to Rainwater, who said that of 37 four-person scramble teams originally signed up, only two had to drop out because of scheduling problems.  With an average over the last several years of 36 teams playing at Terri Pines, this year’s showing of 35 teams was seen as a great turnout in light of the change.  It didn’t hurt the fundraising either, as Merchants Bank reported that this year’s charity giveaway from the event set a new record.

Said Rainwater of the charities receiving their checks, “They are truly the winners.  And we have hundreds of sponsors in various forms and fashions.  Not only the teams, but those sponsors help us generate the funds that we’re able to give back to the three local charities and the statewide charity.  Without them, we couldn’t do it.”

Before the amounts were revealed, Bank Vice President Ross West told The Tribune, “Last year, we were able to give away $6,000 to each organization.  This year’s going to be better; it’s been very successful.  This is the most ever in the 24 years we’ve been doing it.  With all the bad stuff going around, it’s good to have some good news!”