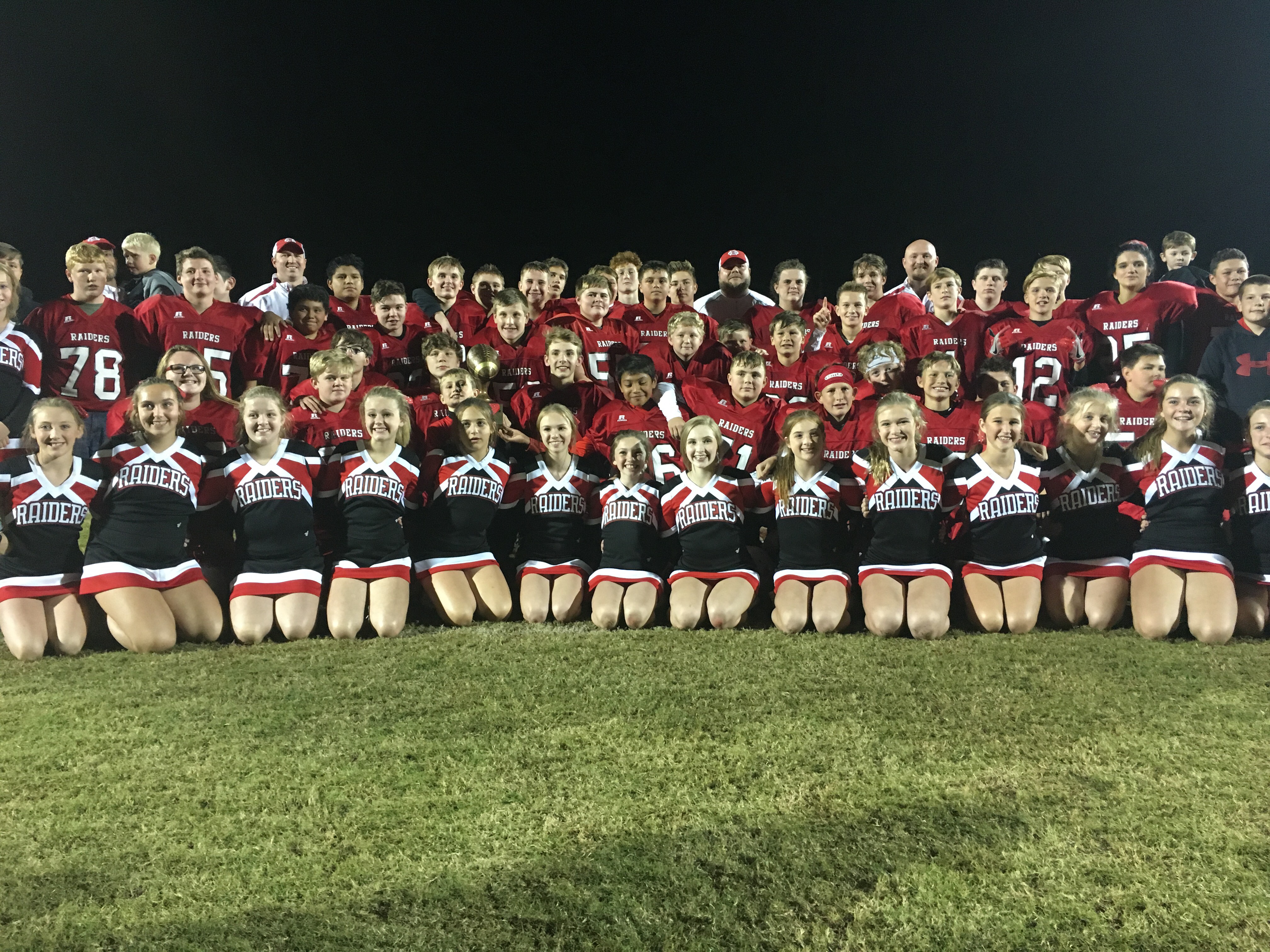 GOOD HOPE – The Good Hope Raiders hosted the Hanceville Bulldogs Tuesday night for the Cullman County Middle School Football Championship game. Both teams earned their way in after strong regular seasons, but the night belonged to the Raiders, who put up a dominant 50-16 victory and came away with the title.

From the first snap of the game the Raiders were in control. The Bulldogs fumbled the ball on the first play, giving the Good Hope offense great field position and the early momentum. Just a few plays later, the Raiders struck first on a 41-yard touchdown run from Kaleb Jones. Jones finished the night with 167 yards and a touchdown on 12 carries.

Hanceville moved the ball down into Good Hope territory on its next possession but turned the ball over again on an interception to Jager Burns. The Raiders were backed up inside their own 5-yard line due to penalties and a big play from the Bulldogs’ defense but quickly recaptured the momentum on a 96-yard touchdown run down the home sideline from Ethan Anderson. Anderson ran for 179 yards and two touchdowns on just five carries.

The running game was the focus for Good Hope, but quarterback Tanner Malin had an extremely efficient night completing three out of his four passes, all three of which were for touchdowns to three different Raider receivers. Anderson, Burns and Collin Speegle each caught touchdown passes from Malin.

By the end of the night, the Raiders racked up 420 yards rushing on 31 total carries, averaging more than 13 yards per carry. Good Hope scored on all but one of its possessions. The Bulldogs were able to come up with some points in the second half thanks to two touchdowns from running back Taejon Jones, including a 62-yard sprint down the sideline. Jones finished with 94 yards and two touchdowns on six carries.

The head coach for the Raiders, Tyler Hudson, said he is proud of how his team performed, not just Tuesday night. but all season long.

“I’m just so proud of them because this year we brought two starters back is all and some of the kids in the beginning questioned if they’d have the ability to play this year so I’m so proud to see them work hard and see it pay off for them,” he said.

Hudson was also excited to see how far his team has come since the start of the season and how much they’ve improved throughout the year.

“They’ve really learned to believe in their fundamentals, trust in their fundamentals and their coaching to execute the game,” Hudson said. “It was a group effort and let me speak to the way my team has bought in. Two of the big facts for tonight was a guy that had been a fullback the entire year, Jacob Kicker, moved to offensive line for us. Also our quarterback who is a great passer is a lead blocker on over half our plays. So that’s symbolic of the buy-in these kids have and what kind of team they are.”