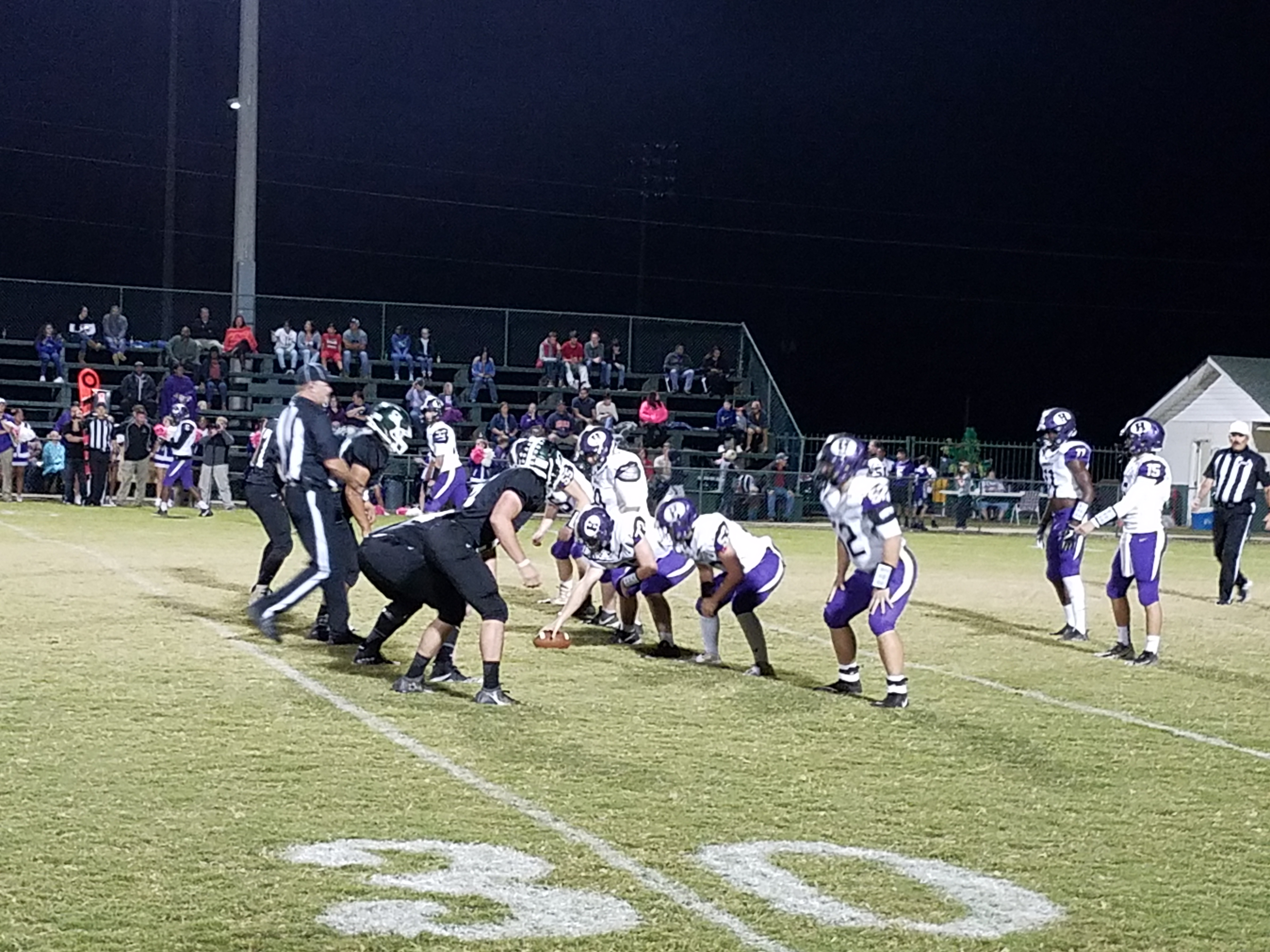 LOCUST FORK – The Hanceville Bulldogs traveled to Locust Fork to take on the Hornets Friday evening, with the Bulldogs looking for a win and the Hornets looking to gain a better seed in the playoffs. With a final score of 48-24, the Hornets improved to 4-5 overall and 4-1, in 3A, Region 6, while the Bulldogs fell to 1-8 and 0-6.

Hanceville got the ball to start the game, and both teams went quick three-and-outs. The Bulldogs got in a good 50-yard punt to put the Hornets on their own 28. Locust Fork ended up turning the ball over on downs when a failed fourth-down conversion gave the Bulldogs the football on the Hornets’ 35.

Seven plays later, R.J. Evans rushed up the middle on fourth down for a 1-yard TD. The PAT was no good, but the Bulldogs were up 6-0 with 2:45 to go in the first quarter.

The Hornets were forced to punt on their next possession, and the quarter ended 6-0.

On their next series, the Hornets’ Drew Rogers fumbled the ball, and Hanceville's Romael Simmons recovered at the 35. But the Locust Fork defense sacked Bulldog QB Bo Joles for a 20-yard loss on fourth down, giving the Hornets good field position at Hanceville 49-yard line.

Five plays later, Locust Fork turned it over again, when Eli Musso was picked off by Simmons. It was short-lived, however. Simmons had the ball stripped from him by Brodie McCay, who ran it in from the 8-yard line for the score. The PAT was good, and the Hornets went up 7-6 with 5:46 left in the second quarter.

The Bulldogs answered on their next series with a pass from Joles to Jarrett Bailey for a 20-yard TD.  The 2-point conversion was no good, but Hanceville was up 12-7 with 2:53 to go in the half.

The Hornets answered quickly by way of Jarrett Peeples’ 72-yard TD, and it was 14-12 Locust Fork not even a minute later. The Hornets took the 2-point lead to the locker room.

The Hornets got the ball to start the third, and seven plays later Musso rushed in from the 2-yard line to make it 21-12 with 8:48 to go in the quarter.

The Bulldogs fired back with Simmons running it in for a 23-yard TD, making the score Locust Fork 21, Hanceville 18, again less than a minute later.

The Hornets got down to business, putting together an 11-play drive ending with Rogers rushing it in for a 21-yard TD.  The score stood at 28-18, Locust Fork with 3:20 to go in the third.

Evans responded with another TD, this one 59 yards, pulling Hanceville to within four, at 28-24 with 2:10 to go until the final quarter.

The fourth quarter belonged to the Hornets, who took over the game. Rogers scored twice more, once from 2 yards out, and once from the 1 with :32 left in the contest.

The Bulldogs will have a week off before hosting Good Hope in the season finale on Nov. 3.