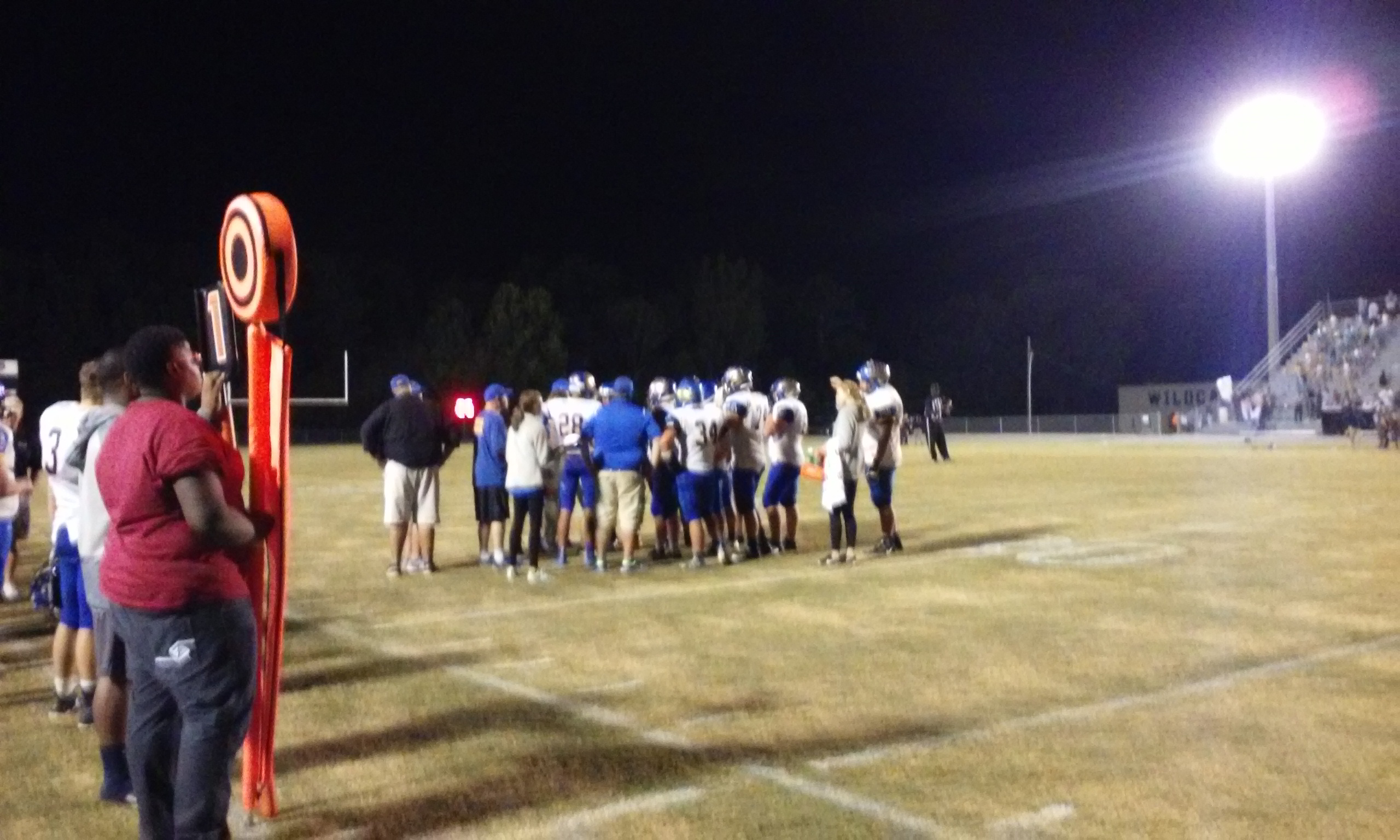 TARRANT–  Cold Springs looked to win its region opener against Tarrant Friday night, but the second quarter derailed those plans in a hurry as the Wildcats completely dominated on both sides of the ball. The Eagles were defeated 48-0, their first loss in fours meeting against Tarrant.

The first quarter was a defensive battle between both teams. The second quarter, though, belonged to the Wildcats. On the opening play of the second quarter, quarterback Coryell Taylor found Emery Bryant for a 62-yard touchdown pass to put Tarrant on the scoreboard with only 13 seconds coming off the clock. After a three-and-out by Cold Springs, Taylor threw another touchdown strike, this time to Jawuan Dowdell, for 67 yards, on the first play of the series to increase the lead to 14-0 with 9:19 remaining in the first half.

Another three-and-out by the Eagles forced them to punt, and Bryant fielded the ball, taking off down the left sideline for a 73-yard touchdown return to make it 20-0. Dowdell found the end zone again, this time on a 24-yard run, and D'Andre Sandlin recovered an Eagle fumble and ran it for a 5-yard score to make it 34-0, the score at the half.

The Wildcats added two more touchdowns in the second half: A 40-yard run by Gavontay Leeth and a 45-yard interception return for a touchdown by Bryant. The Eagles got held to just 88 yards of total offense for the game.

Taylor went 4-of-6 for 175 yards and two touchdowns and added 44 more on the ground on eight carries. Bryant had 64 yards on two receptions and a touchdown, and added a punt return and an interception for touchdowns. Dowdell had 91 total yards of offense and two touchdowns, and Sandlin had the fumble recovery for a touchdown. They will take on Falkville in Tarrant next Friday night.

The quarterbacking duo of Brodie Williams and Jordan Lacey failed to complete a pass in 14 attempts and had four interceptions combined; the Eagles finished with five turnovers for the game. Austin Lively had 51 yards on 19 carries. They will take next week off, and then be back on the road to Falkville.