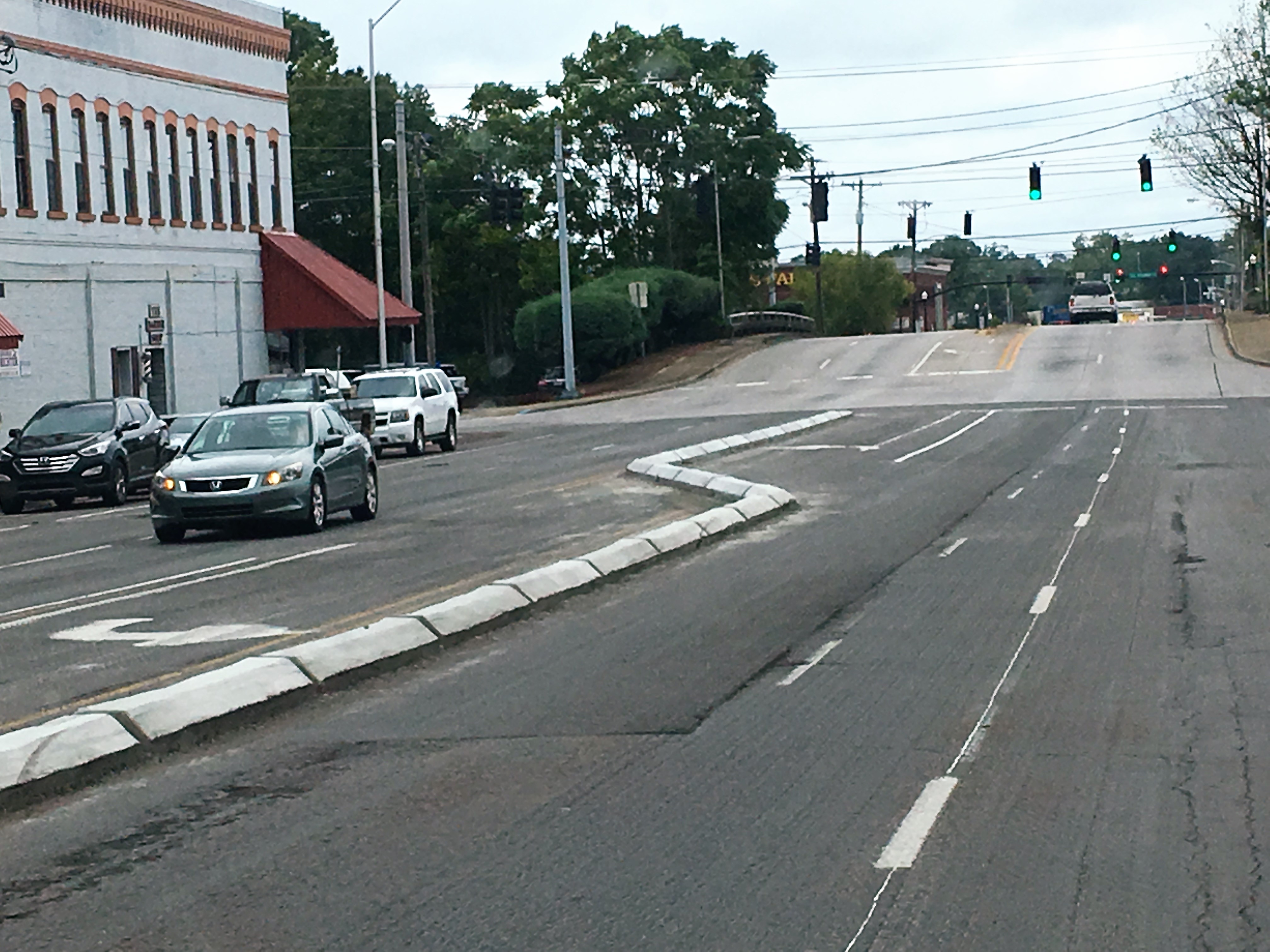 CULLMAN –  Many, many Cullman residents have expressed frustration, aggravation and concern over the seemingly endless barriers and dividers that have appeared along U.S. Highway 278 through downtown.  Parts of the in-town highway stretch have become a land of no left turns.

In June, Alabama Department of Transportation (ALDOT) information officer Seth Burkett explained that a “major aspect” of the Hwy. 278 project involves “access management improvements, such as installation of concrete islands and closing entrances or exits that are redundant and/or in close proximity.  These are aimed at improving traffic flow and reducing vehicle conflicts and crashes, improving safety.”

While the goal is to improve safety along the highway, some are concerned that the barriers are going to reduce safety everywhere around the road.  For Cullman Mayor Woody Jacobs, Cullman Police Chief Kenny Culpepper and Cullman Fire Rescue Chief Edward Rinehardt, the concerns go beyond having to go a few extra blocks to get home.  Emergency responders are facing the prospect of having to go a few extra blocks, and expend precious extra time, to get to burning buildings or reach people in immediate danger.

According to Cullman City Hall, the mayor and chiefs, along with State Sen. Paul Bussman, R-Cullman and other local officials, recently met with ALDOT Highway Director John Cooper and Curtis Vincent, regional director for north Alabama area, which includes Cullman, to discuss their concerns.

After the meeting, ALDOT personnel toured the area with city representatives to see the barriers and talk about site-specific issues.

ALDOT is utilizing money from the Federal Highway Administration that can only be used for “safety type improvements like the concrete dividers.” According to Jacobs,  Cooper explained that approximately 3 more inches of asphalt will be added to U.S. Highway 278 as a part of the resurfacing plan. That additional pavement should result in the dividers being a more normal height like a typical curb. The director said ALDOT will also look at the several intersections to potentially make some minor adjustments, said a statement from the City.

Jacobs also reported that Cooper concurred with concerns from Culpepper about pedestrian safety crossing U.S. Highway 278 West at Denson Avenue. Pedestrians are trying to cross five lanes of traffic on a busy highway and police are concerned accidents will occur there. ALDOT said it will construct an area in the turn lane to allow pedestrians a safe spot to stop midway across the highway.

Jacobs said that Cooper also noted that paving on U.S. Highway 31 is not complete. The current rough surface was milled rough intentionally to offer a stronger binding base for the final two layers of driving surface. Cooper said Hwy. 31 will have a smooth driving surface resembling other state and federal highways when the project is completed.

“I want to thank Sen. Bussman for arranging the meeting with (ALDOT) to allow us to voice our concerns about the new concrete barriers and turn lanes on Highway 278,” said Jacobs. “It would not have happened without Sen. Bussman.”