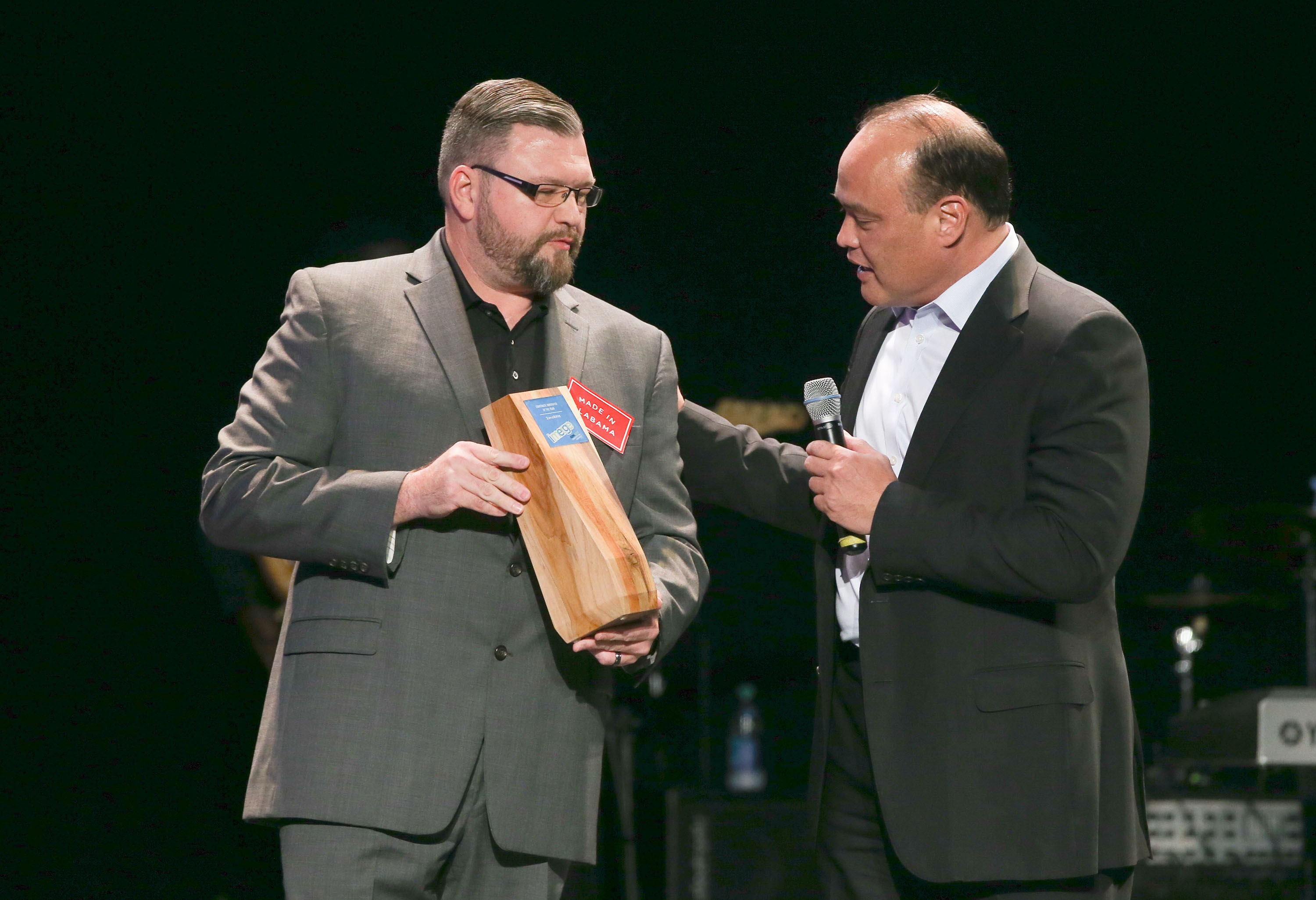 ZeroRPM celebrated at the “imerge” EDPA 2017 Innovation Awards program; CEO Lance Self accepted the award on the company's behalf.

BIRMINGHAM – A Cullman company was among the EDPA (Economic Development Partnership of Alabama) 2017 Innovation Awards winners celebrated during an Oscars-style “imerge” innovation event on Wednesday evening, Aug. 23, at the Alabama Theatre.

ZeroRPM received the Corporate Innovator of the Year (small company, 1-50 employees) Award in recognition for its battery-powered ZeroRPM Idle Mitigation System that allows a vehicle to idle without running the engine.

CEO Lance Self accepted the award on the company’s behalf. The company began five years ago in the Wallace State Community College business incubator.

“We are proud to be made in Alabama,” Self said from the runway stage at the historic theatre.

The other 2017 EDPA Innovation Award winners were:

Also honored at the event was the Lifetime Achievement in Innovation recipient, Jim Hudson, co-founder of the HudsonAlpha Institute for Biotechnology in Huntsville.

“With even more high-quality nominations this year, representing incredible innovations across the state, the judges had a difficult time choosing this year’s winners,” Stanton told the audience.

The awards, which were started in 2014, annually puts a spotlight on thought leadership, innovation and creativity in Alabama. The EDPA 2017 Innovation Awards is part of “imerge,” an event which represents the next generation of the Alabama Innovation and Entrepreneurship Conference held for the past six years.

Thomas L. Friedman was the keynote speaker before the innovation awards. Friedman is a Pulitzer Prize-winning columnist  and author of six bestselling books, including ““Thank You for Being Late: An Optimist’s Guide to Thriving in the Age of Acceleration.”

“This was a wonderful night celebrating the incredible ideas, imagination and ingenuity in the state,” said EDPA President Steve Spencer. “We congratulate the 2017 winners.”